PR, acronym for proportional representation, is new to the majority of Indian feminists – but one that deserves thinking about, now that another session of the Lok Sabha has ended without any significant change on the issue of quota for women. As an editorial in a Women’s Studies network bulletin put out by the Tata Institute of Social Studies in Mumbai recently said, “The stalling of the Bill will not be able to reverse the process of women’s heightened awareness… and their mobilisation… The time before the legislation is finalised is, therefore, precious time for reflection and deliberation”.

It appears there have been some healthy aspects to the last “round” on the Women’s Bill issue. Some aspects were depressingly familiar. Once again, in spite of assurances from government spokesmen, no action was taken. Once again angry women party leaders raised an uproar; Opposition leaders such as Ms. Sonia Gandhi accused the Government of “dragging its feet” and vowed their support for the cause. Once again there seems to be a stalemate, with the only declared opponents (under the leadership of the Yadavs of Uttar Pradesh and Bihar) saying they would not allow the Bill in its present form, while few of the established women leaders of the Congress or the Left appear ready to rethink their refusal to consider any alternative to what is, after all, a very badly written Bill.

Nevertheless, some new things have emerged. First, the stark antagonism between OBC and feminist leaders, which surfaced during earlier discussions with each speaking of the other in terms of near-slander, is to some extent easing. Numerous women’s groups are admitting the legitimacy of OBC concerns, some supporting the idea of “quotas within quotas”; this recognition, in turn, is linked to an increasing awareness that patriarchy is differentially felt over caste, class, gender and national identities. This means the issue of representation for women is not so simple, that in India in particular it is linked to caste and must inevitably be considered in this context. Hopefully this trend will ease one of the more disturbing aspects of the whole debate on the Women’s Bill, the way it seemed to set (mainly upper caste) feminists against (mainly male) OBC leaders.

The second encouraging aspect of the recent round of discussions on reservation for women is that, for the first time, some serious alternatives are being publicly discussed. One of these is the alternative, proposed by the Samajwadi Party leader, Mr. Mulayam Singh Yadav in 1998, developed as a campaign by the Manushi group through the Forum for Democratic Reforms and endorsed by the Election Commissioner and many eminent citizens including an MP and Minister, Ms. Maneka Gandhi. (Mr. Yadav might very well have endorsed it had he not felt alienated by the approach of the “alternative” group which also tended to demonise his opposition to the original Bill). This alternative Bill would require that parties reserve a proportion of their seats for women and is a major advance on the original proposal.

It is hard to understand the bitter opposition to this (or any other) alternative presented by the proponents of the rotation- linked official Women’s Bill: about the only argument put forward by these is that requiring the parties to field women candidates “would not guarantee” an exact 33 per cent representation. That is true – there may be fewer, there are likely to be more. But since when has 33 per cent been a sacred number? The question is a move towards real empowerment – and in a way that brings about the total welfare of society. Neither Ms. Madhu Kishwar nor the articulate feminists of the Left parties nor myself have ever wanted women’s interests served at the cost of men’s interests or in a spirit opposed to democratic social transformation – however different our ideas on that transformation, we agree on this much. Then why can’t the women party leaders think about the system of electoral politics they are clinging to so stubbornly?

(Since Ms. Madhu Kishwar has challenged my crediting Mr. Yadav with first proposing this alternative, I would simply refer to a report by Mr. K. Balakrishnan and Mr. G.V.K. Narsimha Rao in The Times of India of July 19, 1998. They note: “Affirmative action in favour of increased representation of women (in Europe and elsewhere) has been in the form not of reservation of parliamentary seats… but of requiring political parties to ensure a minimum level of representation (say one- third) among their electoral lists. Mulayam Singh Yadav had proposed this as a more logical and practical option than reserving parliamentary seats by rotation; but it was not considered seriously or discussed”).

Another alternative within the framework of the present system is also being put forward. It has been most recently argued by Mr. Sharad Joshi, whom Ms. Madhu Kishwar credits (and I would agree) with the major initiative to forward the political participation of women at the grass roots. Mr. Joshi argues for multi-seat constituencies which would require that one MP elected out of three be a woman. This has promise (why not double-seat constituencies, many would immediately ask, which would give women 50 per cent?). It also moves in the direction of a proportional representation system, precisely because it requires multi-seat constituencies.

And that is perhaps the final alternative we have heard about, much more far-reaching than any other proposal because it means a change of the basic electoral system within which quotas are to be instituted. Various forms of PR are currently in existence in the democratic countries, barring the Anglo-Saxon ones. In particular they exist in European countries which have the highest representation for women in national legislatures – almost entirely without any legal quota either in the form of reserved seats or quotas for party ticket. A 25-40 per cent representation of women in parliament is not “parity”, but it is clear that PR makes a difference.

The PR systems can exist either with or without quotas. Mr. Satinath Choudhary proposes PR with quotas. I would support continuing the quotas for SCs and STs within a PR system, but it is fairly clear that Muslims and the OBCs would not need any quota, and I don’t think women would either. Let us give PR a try for 10 years without special quotas for women and after that if there is no dramatic improvement in their representation, we can talk about quotas for them.

Women are starting to make an impact in politics. They are not always women whose politics we agree with. They are women as diverse in style and political ideology as Ms. Mayawati, Ms. Mamata Banerjee, Ms. Sushma Swaraj and Ms. Uma Bharati. But they are women who are gaining power on their own though, of course, with male support and in this sense they represent what we would like to see as the main future trend.

A major Constitutional amendment would certainly take more time to consider than any of the current proposals. PR is very little understood in India – it was not understood at the time of the original Constitution debates, when only minority members spoke for it and seemed to understand it solely in terms of the forms of PR existing in Britain. And it is hardly understood now. The debate will take time. But it is worth taking some time to do things right, to move towards genuine empowerment of minorities and a stable and healthy parliamentary system. Women should lead the debate in India on moving towards a system of proportional representation, just as they seem to be doing in the U.S. and elsewhere. 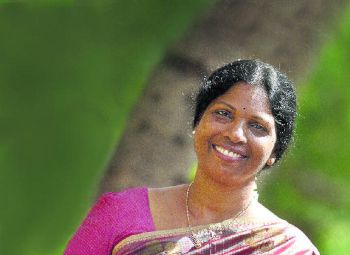