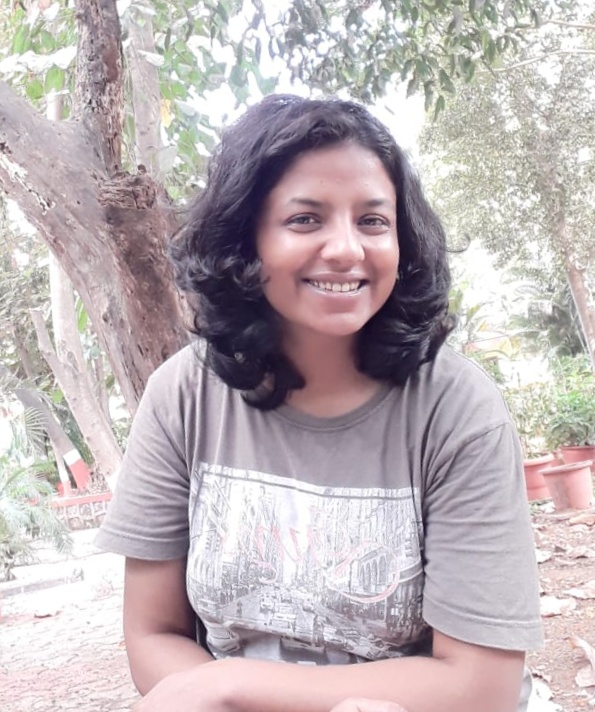 I am from Haryana. I have been living in Ambedkar’s bhumi Mumbai since the past two years. This is a great time for me to have come in contact with Ambedkarites. I have come to understand that there are various shades and layers to the term ‘Ambedkarism’. Ambedkarism is a remarkable and dynamic philosophy.

One of my classmates in college is a fervent propagator of Ambedkarism; he chants ‘Jai Bhim’ every chance he gets. One day when I was coming back to hostel, I saw something that stopped me in my tracks and made me reflect deeply. The same Ambedkarites from my class were standing in a queue to offer pooja to the Siddhivinayaka Ganesha on the occasion of Ganesh festival. I waited for a while and finally, went up to my friend to talk to him. He asked me not to tell anyone else that I saw him at the temple. He said that his family forces him to do this and that many other Buddhists and SCs come here for darshan as well. This encounter left me deeply unsettled and many questions occupied my head. I started reading up about Ganesh Chaturthi and many other Hindu festivals. I have met many Ambedkarites who claim to follow Ambedkar’s legacy, but they still celebrate festivals like Holi and Ganesh Chaturthi. They don’t seem to bother about the kind of messages they are passing on to the next generation. Whenever I see some Ambedkarite offering prayers at the temple, faces of Babasaheb, Periyar and Gadge Maharaj dance before my eyes. I keep wondering why do they do what they do.

This article is an attempt to make a case for why I think we, Dalit Bahujans, should not participate in Hindu festivals. We should instead follow the directions given by Babasaheb, Jotiba Phule, Savitribai Phule, Buddha, Gadge Maharaj, Annabhau Sathe, Periyar, Iyothee Thassar and others. If you read what these great leaders and thinkers wrote, you will find that they never encouraged celebration of Hindu festivals. In fact, they were against all kinds of events that wasted time and energy.

Conversion to Buddhism, under the leadership of Babasaheb in 1956 at Nagpur, is a historic moment for Ambedkarites. This was the moment of great symbolic meaning, when the untouchable castes took a ‘new birth’. In his speech on the rationale behind conversion to Buddhism, Babasaheb said, “Do not come to me without understanding Buddhism. You must ask the question ‘why Buddhism’; you must understand this really well.” In the same speech, Babasaheb asked his followers to take up 22 vows. The third vow says: ‘I shall have no faith in ‘Gauri’, Ganapati and other gods and goddesses of Hindus nor shall I worship them’. The intention behind these vows given by Babasaheb must have come from the understanding that ‘our’ people are still very much under the influence of Hinduism. These festivals do nothing but make people remain under the ‘brahminical hegemony’ blindly. These vows make us understand that we are not a part of Hinduism; we have our own identities and cultures. But sadly, we have failed to propagate the true essence of Ambedkarite and Buddhist teachings. I do not blame anyone personally. My intention is to convey the urgent need to reform ourselves. I recently got a message on my phone that said: ‘देवी, गौरी, गणपतीच्या रोगाची साथ आली आहे. बाबासाहेबांची लस टोचून घ्या. (Epidemic of devi, gauri, ganpati has spread; treat yourself with Babasaheb vaccination.)’

Public celebration of Ganesha festival was started by Bal Gangadhar Tilak– a Chitpavan Brahmin from Pune. He used the avenues of Shivaji and Ganesha festivals for propagation of his ideas of nationalism. If one looks into the details, one can understand that Ganesha festival was also used to counter the Satyashodhak Jalsa started by Mahatma Phule. This was a time when the Mahatma Phule’s thoughts were spreading like wildfire. He was making people aware about the domination of ‘Bhat, Brahmin, Kalam, Kasai’, and uniting people against the brahminical hegemony. Mahatma Phule was a staunch supporter of rationality and common sense. He condemned the worshipping of Ganesha and appealed to the Bahujan community in this Marathi poem:

Mahatma Phule was against all forms of social inequality. He stressed the importance of education for people of all castes; he believed that education can be instrumental in abolishing superstitions and backwardness of the people of the so-called lower castes. He established ‘Satyashodhak Samaj’ in 1873 and wrote several books–the most significant one being Gulamgiri (slavery). He strived to bring together the Bahujans (present day Scheduled Castes, Scheduled Tribes and Other Backward Classes) in order to counter the narratives posed by the dominant castes. Tilak did not take on Phule directly, but he sabotaged the anti-caste movement by gradually draining it at two weak points of the Hindu population: nationalism and religion. Tilak rallied the people of India along nationalistic and religious lines, just when the anti-caste social movement of Phule was reaching its peak. He appealed to the Indian Hindu population to be united against the British empire, and deliberately sidelined the internal schisms of the society.

There is an interesting story regarding the origins of the practice of Ganesh visarjan (immersion of the idol in water). Tilak started the practice of building open public pandals to keep the Ganesh idol, and people of all castes were beginning to gain access to it. It is said that in one of the pandals a Dalit came forward to touch the idol, leading to a large hue and cry amongst the Brahmins. They began to blame Tilak for disrupting the purity and sanctity of the Hindu social norms. Tilak is said to have handled this conflict very smartly by introducing another ritual of immersing the idol in water at the end of the festival. This is how the ritual of visarjan is said to have evolved, in order to purify the idol soiled by the touch of the lower castes.

Babasaheb Ambedkar comments on the myth of the origin of Ganesh in his essay urging his people to stop celebrating Hindu festivals. He says that the origin stories of Hindu Gods are very strange. One day Parvati was bathing, when Shankar had gone elsewhere. In order to protect herself from other people’s gaze, she made a statue of Ganesh from the grime of her body. He argues that gods should be pure; and how can one follow such an impure and strange Ganesh. He also remarked that, “Stories of Gods are cooked to make you into fools, and you all are trapped in all these kind of false stories. If you continue to worship Pandhari, Alandi, Jejuri, or any other gods, then I will have to order to boycott you. Without this your craze for Gods will not end, and your progress will also not happen. In today’s era of rationality and science, we should embrace them.”. (Writings and Speeches, part 18, Page no 364).

Periyar is a great social reformer from Tamil Nadu. He started the Self-Respect Movement and Dravidar Kazhagam. He is also known as the father of the Dravidian movement. He advocated for self-respect and  equal rights for women and Dalits. He stood against brahminical forces. In his youth, he understood that some people use religion to deceive innocent Dalit youth. In 1953, he publicly opposed idol worship by openly smashing statues of Hindu gods. He made it his life’s work to warn people against superstitions and priests.

Gadge Maharaj was another social reformer from Maharashtra who stood with Ambedkar and Periyar to free the masses from the clutches of religious rituals. He also emphasized upon the importance of clean physical as well as mental spaces. He too firmly believed that festivals are the ‘sweet coats of oppression’ and that they perpetuate caste hegemony. Gadage Maharaj exposes the irrationality of the Ganesh myth by asking some simple questions.

(Does anyone ever take birth from grime? Does anyone have so much grime on their body that it can be sculpted into a statue?)

(By spreading these cock and bull stories, did they loot you? By turning senseless stories into truths, are you convinced now?)

Some of my friends argue that Ganesh festival creates employment for the masses. They also reason that festivals encourage unity amongst all Hindus. But, I ask them whether these festivals result in annhilation of castes and social discrimination. One can easily see that different castes have their own Ganesh pandals, which are segregated from one another. Brahmins have their own Ganesh and it is considered superior to the Ganesh installed by the other lower castes. Another aspect to note is how the upper castes view the celebration by the lower castes. They criticize Ambedkar Jayanti celebrations in Mumbai by lamenting that Dalits have no civic sense and that they make the city dirty. But during Holi and Ganpati visarjan, they seem to not notice the environmental damage as much. Ganesh festival is not celebrated at such a large scale in Haryana. But I am afraid, it will soon spread to most of the north Indian states due to cultural propaganda on television.

The recent trend of Dalit leaders celebrating Hindu festivals such as Ganesh festival and Holi is alarming. Ramdas Athawale installs blue Ganesh and blue Dahi Handi; Prakash Ambedkar has begun to offer prayers in Hindu temples, Narendra Jadhav and Ratnakar Gaikwad have been installing the Ganesh idol in their homes. Many other well educated doctors, lawyers, engineers and chartered accountants have begun to install Ganesh in their homes for a day, to symbolically blend in with other castes and to show off their wealth. It is not surprising to see that students too are getting influenced by their leaders and politicians. I think this is a worrying trend; it will be counter-productive for a revolution. We need to remember what Babasaheb said, ‘Humans are mortal. So are ideas. An idea needs propagation as much as a plant needs watering. Otherwise both will wither and die.’

Kavita Chohan is from Haryana, and has done her LLB. She is currently pursuing her MPhil at TISS, Mumbai. She has done research on the scourge of Manual Scavenging and is now working on the topic of free legal aid and its socio-economic implications in India. 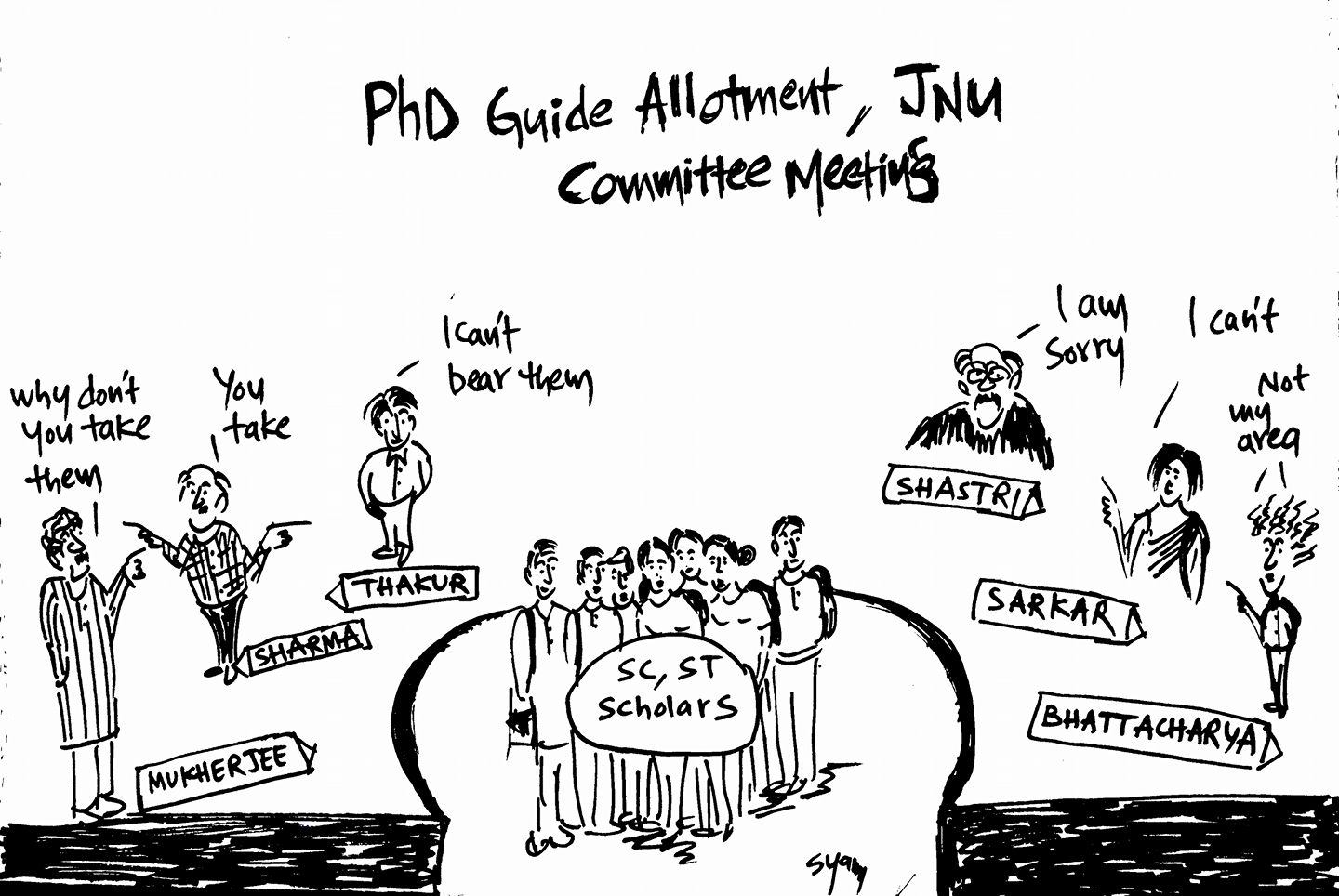