THE DRIVE for women’s political power had its beginnings in the rural areas. Even in 1975, when we had the first major feminist rally, a “Samyukta Stri-Mukti Sangarsh Parishad” in Pune, a group of rural women afterwards went back to their village and decided, with the help of some young male activists, to put up women for the village elections. Ten years later in 1985, women of Indoli village in Satara district in Maharashtra decided to organise an “all-woman” panel for the elections – a decision perhaps influenced by the “liberationist” atmosphere around them, but by no means thought of by the more widely known feminist activists they knew.

A similar attempt was made by women from a nomadic community in another Satara district village. Finally, a year later, in 1986, at the founding conference of the Shetkari Mahila Aghadi, women’s front of the Shetkari Sanghatana, a resolution was passed to sponsor all women candidates for the upcoming Zilla Parishad elections – and to call on all progressive political parties to participate.

The road to empowerment is not easy. In a literal sense, all the above attempts were failures. The isolated village attempts lost; were in fact met by derision and open hostility. “Why don’t you put on bangles?” was the way Congress party bosses in Indoli taunted the husbands of the women candidates, as they exerted all kinds of pressure, including near-kidnapping, to force them to withdraw. The “all-women panels” for the Zilla Parishads never really got off the ground. The Shetkari Sanghatana itself in a major campaign, confronting in the process the prejudice of male activists, succeeded in collecting an impressive number of women. None of the other political parties – Dalit-based, Left or whatever – gave a favourable response.

“Where will we find the women?” was a common refrain, as if in all their lakhs of membership no qualified women were to be found. “You’re splitting the left and democratic vote”, was another accusation. In the end, the elections were postponed so long that the reserved seats for local government bodies intervened, and the Shetkari Mahila Aghadi put up candidates only for these, with some modest success in several constituencies. Yet none of the women participating in these campaigns felt they were failures. “We stood and so we won,” has been the general refrain. There was an exhilarating sense, especially among the women of the farmers’ movement, some of whom were moving outside their homes for the first time, that they were breaking new ground. And, though the parties generally mocked the idea of “all-women panels”, some kind of process was set off in Maharashtra. By the early 1990s at least ten villages could be found, five of them in Shetkari Sanghatana areas, in which women had gotten the support of their men to campaign and win for all-women gram panchayats.

This “push from below” of women for political power has been met by efforts to give legal support through reserved seats. As a result hundreds of thousands of women throughout India are becoming members and sarpanches and even mayors, and a new kind of political process is taking place. Women’s organisations have by and large given up the drive to independently organise for power, and have focussed on constitutional change to guarantee representation. And so the last several years have been spent pushing for the “Women’s Bill” in Parliament, to guarantee reserved constituencies for women. This is, as the Dalit-Bahujan activist, Mr. Kancha Ilaiah, has pointed out, a unique “Indian” response to the oppression of women. “Everywhere in the world,” he notes, “women are subordinate, but nowhere else have they turned to reservations as a way out. It is an imitation of the caste situation.”

Fair enough. It can be added that in some Scandinavian countries political parties are required to put up a certain proportion of women candidates, but it is true that no country reserves a fixed quota of seats for women in parliamentary bodies. However, this apparently pioneering effort in India to give women political representation is also not very successful. The Women’s Bill has been stalled several times, almost always accompanied by the worst kind of parliamentary brawling. The issue has taken on the colour of women versus OBCs – because the mainly rural “backward caste” politicians who have been gaining representation in the Lok Sabha in the last couple of decades fear that they will lose their seats to sophisticated, urbanised upper-caste women. The lack of education among Dalit-Bahujan women makes this a genuine danger.

But “quotas within quotas” is not the answer. What most women’s organisations have stubbornly refused to recognise is that the Women’s Bill in its present form is a very bad bill. It is based on a system of rotating constituencies – at each election, constituencies reserved for women candidates would be chosen by lottery, with those that have just been reserved excluded. In other words, reserved seats held by women at each subsequent election would be declared open, and the reservation would “rotate” to a different constituency. This would have several consequences, damaging both to women themselves and to parliamentary stability. For women, the fixed reserved constituencies would mean a kind of ghettoisation: they would forever be campaigning only against other women. They would not have a chance to build much of an ongoing political career, since once the seat is made open in a new election, the possibilities are overwhelming that it will revert to a male candidate. With one-third constituencies reserved for women, the other two- thirds will be clung to with even greater obstinacy: “keep to your own seats” would be the general attitude. A woman MP also will not be able to move when her constituency rotates; she would have to wait a full two terms to have another chance as she had before. Rotation would also mean an even greater destabilisation of Parliament, with a minimum of two-thirds of the sitting members due to change at every election. Many might feel that “an infusion of new blood” will help Parliament; but the fact is that it takes time to build up the experience to be a useful contributor to legislating and ruling; a majority of seasoned legislators is a better guarantee of effective laws.

In fact there is no need to accept the inept rotation system of reservation. There is a new proposal, originally proposed by the Samajwadi Party’s Mr. Mulayam Singh Yadav, endorsed by many leading citizens and now backed by the Chief Election Commissioner, Dr. M. S. Gill. This would require political parties to give one-third of their ticket to women. It would have to be in a continuous geographical area – for instance, the Samajwadi Party would not be able to give all the ticket to women in Tamil Nadu, it would have to give one-third of those in Uttar Pradesh itself. This innovation would avoid all the flaws of the rotation system. Women will stand against both women and men; they will not be in danger of losing a seat simply because the reservation rotates away from them; and men MPs in turn would not be thrown out of their seats simply because their constituency is declared reserved in the lottery. It will produce a much more stabilised Parliament. And it would not require a Constitutional amendment, only a simple amendment to the Representation of the People Act, 1951.

Most significantly, the alternative proposal would hit at the heart of women’s exclusion from political power. In all general elections until 1998, 17.16 per cent of all women candidates were elected to the Lok Sabha but only 10.32 per cent of male candidates; of candidates of recognised parties 32.53 per cent of the women were elected as compared to 26.5 per cent of the men. In other words, voters – rural and urban alike – are quite ready to elect a women; it is in the power-hungry competitiveness of party politics that they are excluded. The backwardness of the political parties has also been a major lesson of the earlier campaigns for women’s empowerment. The need then is to tackle the parties, not to give women reserved constituencies which they don’t need. It is time to give women the support they need for their ongoing aspirations to empowerment, not through a badly-thought-out Constitutional Amendment, but through direct legal pressure on political parties. 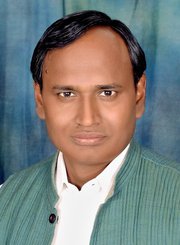