(From ‘Religious Riddles‘ in Part I of the book ‘Riddles in Hinduism‘ by Babasaheb Dr. B. R. Ambedkar)

Now ask the same question to a Hindu and there is no doubt that he will be completely bewildered and would not know what to say.

The worship of the Christian or Muslim Gods is only on occasions. But there are more permanent transfer of religious allegiance. There are many so-called Hindus whose religion has a strong Muhammadan content. Notable amongst these are the followers of the strange Panchpiriya cult, who worship five Muhammadan saints, of uncertain name and identity, and sacrifice cocks to them, employing for the purpose as their priest a Muhammadan Dafali fakir. Throughout India many Hindus make pilgrimages to Muhammadan shrines, such as that of Sakhi Sarwar in the Punjab.

Speaking of the Malkanas Mr. Blunt says that they are converted Hindus of various castes belonging to Agra and the adjoining districts. chiefly Muttra, Ettah and Mainpuri. They are of Rajput, Jat and Bania descent. They are reluctant to describe themselves as Musalmans, and generally give their original caste name and scarcely recognize the name Malkana. Their names are Hindu; they mostly worship in Hindu temples: they use the salutation Ram-Ram: they intermarry amongst themselves only. On the other hand, they sometimes frequent a mosque, practise circumcision and bury their dead: they will eat with Muhammadans if they are particular friends.

In Gujarat there are several similar communities such as the Matia Kunbis, who call in Brahmans for their chief ceremonies, but are followers of the Pirana saint Imam Shah and his successors, and bury their dead as do the Muhammadans: the Sheikhadas at their weddings employ both Hindu and a Muhammadan priest, and the Momans who practise circumcision, bury their dead and read the Gujarati Koran, but in other respects follow Hindu custom and ceremonial.

If he says that “I am a Hindu because I hold to the beliefs of the Hindus” his answer cannot be right for here one is confronted with the fact that Hinduism has no definite creed. The beliefs of persons who are by all admitted to be Hindus often differ more widely from each other than do those of Christians and Muhammadans. Limiting the issue to cardinal beliefs the Hindus differ among themselves as to the beliefs which arc of cardinal importance. Some say that all the Hindu scriptures must be accepted, but some would exclude the Tantras, while others would regard only the Vedas as of primary importance; some again think that the sole essential is belief in the doctrine of karma and metempsychosis.

A complex congeries of creeds and doctrines is Hinduism. It shelters within its portals monotheists, polytheists and pantheists; worshippers of the great Gods Shiva and Vishnu or of their female counterparts,.as well as worshippers of the divine mothers or the spirits of trees, rocks and streams and the tutelary village deities; persons who propitiate their deity by all manner of bloody sacrifices, and persons who will not only kill no living creature but who must not even use the word ‘cut ‘; those whose ritual consists mainly of prayers and hymns, and those who indulge in unspeakable orgies in the name of religion; and a host of more or less heterodox sectaries, many of whom deny the supremacy of the Brahmans, or at least have non-Brahmanical religious leaders.

In the north near relatives are forbidden to marry; but in the south cousin marriage is prescribed, and even closer alliances are sometimes permitted. As a rule female chastity is highly valued, but some communities set little store by it, at any rate prior to marriage, and others make it a rule to dedicate one daughter to a life of religious prostitution. In some parts the women move about freely; in others they are kept secluded. In some parts they wear skirts; in others trousers.

Again if he said that he is a Hindu because he believes in the caste system his answer cannot be accepted as satisfactory. It is quite true that no Hindu is interested in what his neighbour believes, but he is very much interested in knowing whether he can eat with him or take water from his hands. In other words it means that the caste system is an essential feature of Hinduism and a man who does not belong to a recognized Hindu Caste cannot be a Hindu. While all this is true it must not be forgotten that observance of caste is not enough. Many Musalmans and many Christians observe caste if not in the matter of inter-dining certainly in the matter of inter-marriage. But they cannot be called Hindus on that account. Both elements must be present. He must be a Hindu and he must also observe caste. This brings us back to the old question who is a Hindu? It leaves us where we are.

Is it not a question for every Hindu to consider why in the matter of his own religion his position is so embarrassing and so puzzling? Why is he not able to answer so simple a question which every Parsi, every Christian, and every Muslim can answer? Is it not time that he should ask himself what are the causes that has brought about this Religious chaos ?

Please read ‘Riddle No. 2: The Origin of the Vedas – The Brahminic Explanation Or an Exercise in the Art of Circumlocution’ here. 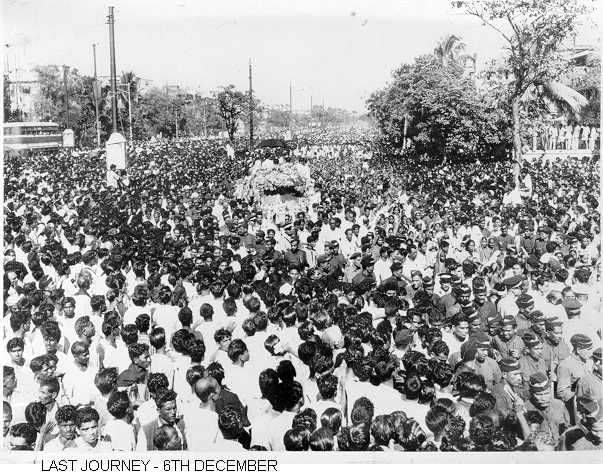