On 12th June, this year, at Laxmipeta, Andhra Pradesh, another chapter was added in the long list of massacres of Dalits by dominant castes in “Independent” India when men and women from Kapu caste attacked Dalits from the same village, killing 5 of them and leaving more than 50 others grievously injured.

However this was not the first attack.

In September last year also, the Kapus attacked the Dalit basti killing a Dalit woman while severely injuring three other women including the village sarpanch.

On 6th September, three months after the June massacre, more than 200 Dalit survivors of Laxmipeta massacre gathered in New Delhi to demand justice and to protest against the insensitivity of the local administration towards the victims and the shielding of the culprits by couple of cabinet ministers in Andhra Pradesh government. The protest was held under the banner of Dalit Struggle Solidarity Committee of Andhra Pradesh.

Please watch the video report (in Hindi) on the protest:

Laxmipeta is a small village in Srikakulam District of Andhra Pradesh. About 80 Dalit families along with 100 families from Kapu caste were rehabilitated in the village, after Madduvalasa Project.

The Kapus, the dominant caste, were paid compensation for their lands acquired and were also provided with 40 government jobs. The Dalits being landless were content with only a small house site each. Neither compensation nor government jobs were given to them.

Since 3 years the Kapus are threatening the Dalits to leave their land and not to cultivate. Since the lands are acquired and compensation has been paid, the lands now belong to the government and no one has any claim over it. The Dalits refuse to yield to the pressures and continue to cultivate the lands, in spite of couple of attacks on them.

On 12th June 2012, a Kapu mob swooped on the Dalit habitation at about 7 am, hurling bombs, destroying Dalit houses and attacking whoever was found on the street. They brutally killed 5 Dalit men using spears and axes and caused grievous injuries to many Dalits, some of whom lost their limbs rendering them completely unfit for any work throughout their lives.

During the protest at New Delhi, Bojja Tharkam, a leading Dalit intellectual and leader from Andhra Pradesh said, “The accused, including the prime conspirator were arrested only after 20 days after the FIR and that too after an agitation by the Dalits in the entire Andhra Pradesh”.

He accused two cabinet ministers of Congress led Andhra Pradesh government, one of them being President of AP Congress Committee, from Kapu community and another being a Dalit MLA from the Srikakulam district who despite being elected from a reserved constituency is siding with the perpetrators of the ghastly crime against Dalits.

The Demands raised by the protestors were as follows:

1. A special court to be established at Laxmipet Village and the trial to be completed within three months.

2. The 250 acres of agricultural land to be assigned to the Dalits of Laxmipeta. A part of the said land can also be assigned to Dalits and other poor of Kottisa, a neighbouring village.

4. Immediate sacking of both the cabinet ministers of the AP government who are shielding the murders of Laxmipeta village.

Please also read these other articles on the Laxmipeta killings:

We will agitate for the arrest of the Lakshimpeta killers

The blood drenched land in Lakshimpeta questions the State

Wherever Dalits assert themselves, there is a massacre! 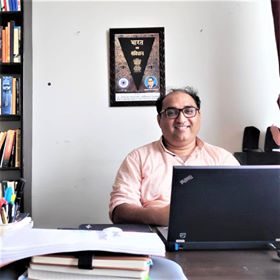