The sudden rise of Aam Aadmi Party led by Arvind Kejriwal is the most prominent political event that emerged in the recent assembly polls. This is certainly a big blow to the established political parties and is particularly a strong setback to the Congress which found its tally reduced to merely eight seats. Rahul Gandhi, in response to this, has commented, “We (Congress) have to learn a lot from the Aam Aadmi Party.”

However, here it is to be noted that the Congress is not a loser in Delhi alone as barring Mizoram, it has lost all the other assemblies to BJP. But Rahul’s worry about AAP shows that besides its electoral victory this new party was also successful in winning the psychological battle. Being confident over its acceptance, AAP declared its plan to fight the upcoming Lok Sabha elections across the country.

Probably this is the reason why the Congress top brass criticized the SC order re-criminalising homosexuality, and not out of any genuine sympathy, because it knew that the more vocal sympathizers of the gay movement are the same set of people from upper-middle classes and the media who always stand with the Anna-Kejriwal movement. It also declared its resolve to bring in an ordinance in parliament to restrain the judgment. Here, the pressure of the AAP on the subconscious mind of the Congress worked well.

It is interesting that the Dalit movement, from the very beginning, has been suspicious of Anna Hazare’s movement. The huge mass of the protestors and media who had gathered during the anti-Mandal protests could become a pressure group to oppose all the positive discrimination policies of the State. Congress’ recent reactions proved their fears true.

But the question is how far will the fear of AAP work on the Congress? The answer to this, as mentioned above, lies in the fact that AAP has achieved a psychological victory, which is most important to win any battle, more than a political victory. Therefore, for the Congress to secure its position, it is time to come out of its psychological fear and think on the real causes of its defeat across the country.

Frankly speaking, it is not AAP but price rise and other anti-people policies of the central government that are responsible for the fall of government in Delhi, and the failure of the Congress to achieve success in Rajasthan, Madhya Pradesh and Chhattisgarh. But despite this, the psychological pressure built by AAP led the Congress to design its entire strategy on terms defined by AAP. The truth however is that the success of AAP in Delhi is not a lasting win, it is akin to the grabbing of standing crops by outsiders.

The argument behind this point is that the Congress lost the elections even in those states where the AAP has no presence. From this fact it is not wrong to conclude that even if there was no AAP in Delhi, Congress’ loss was predetermined. 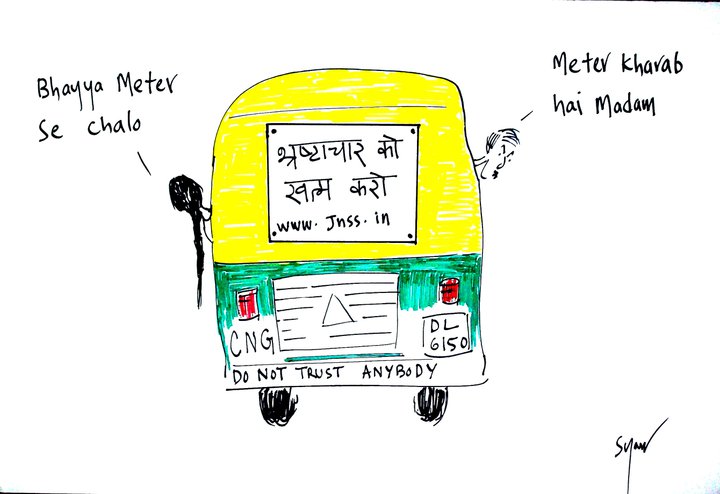 If we look into the composition of AAP we will find that it is a collection of separate conflicting groups. Therefore, even if it is successful in forming the government, it is very likely that it will fall on its own, due to its internal contradictions. Unlike other political parties in the country, which are based on religion, caste, class or linguistic groups, AAP has no such social base but is based on the dreams that have been sold to different categories of people with conflicting interests: such as slum dwellers, rich, poor, minorities, auto drivers, small shopkeepers, youth, women and other common citizens. The common thread of all these dreams was the proposed Lokpal. Here it is important to understand that when in power, how it would not be possible for AAP to satisfy all conflicting groups – such as rich-poor, general-Dalits, anti-reservationists and pro-reservationists, master-servant – all of whom had voted for AAP with different individual dreams of freedom.

So if the AAP government, for the sake of the poor and common people introduces the BRTC system and makes other such moves to make public transport cheaper and accessible, how would the upper-middle class, for whom the individual car is the only comfortable mode of transport, accept it? If in order to get rid of the tyranny of auto drivers it makes stronger rules and tries to introduce new techniques, how would the auto drivers, who were the major vote base and campaigners of the party, accept it? If in order to control electric bills, it tries to rein in the private electric companies, what would be the stand of the upper-middle classes who have shares in the companies? If in order to please the opponents of reservations, it tries to put an end to the reservation system, what would be the stand of the pro-reservationists? And if in order to facilitate the proper supply of water in a slum area, it cuts the water supply of the elite colonies, what would be stand of its elite supporters?

In Delhi elections, AAP has got the votes of various social groups with different interests – divided on the basis of caste, class, and religion – and aspirations which are bound to be broken when they came into active conflict with each other. However, those parties which are based on the support of a particular social group, when they come to power, they make their voters happy (as BSP for Dalits, SP for Muslims and BJP for Hindus) mainly through emotional bonding even when they do not work in their interests, fully. However, in the absence of emotional support of any particular social group, the future success of AAP will be based only on its performance. But as discussed earlier, having been voted to power by different groups, it would be difficult for it to satisfy all the opposing sections of voters, and this would result in its natural downfall. 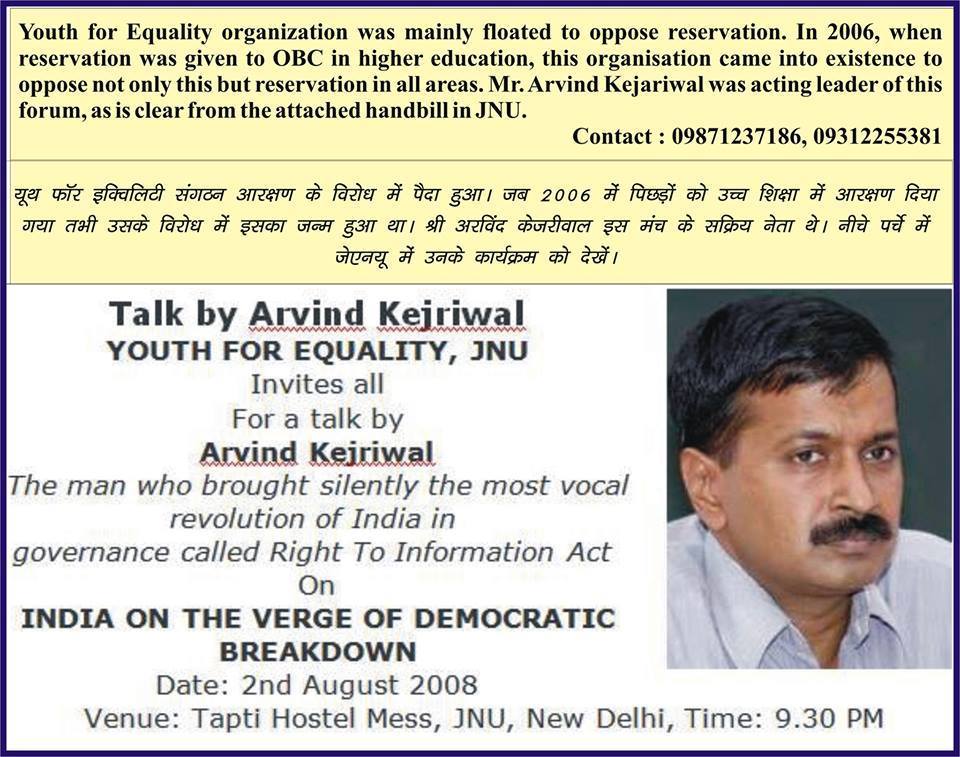 It is time, therefore, for the Congress to get rid of the state of anxiety AAP has driven it into, and make efforts to improve its image and think of the reasons why the Dalits, Adivasis and the poor, who at one time were believed to be its most committed vote banks, are now opting for other parties. It is time for it to think about how in its moves to build a shining image for Delhi, the Commonwealth Games (CWG) extravaganza diverted huge funds from the SCSP. To think about the corruption and wastage the event was embroiled in, the way in which poor Dalits were thrown outside Delhi to accommodate visitors; and above all, the massive inflation which it failed to handle and which ultimately resulted in its electoral loss.

However, it is interesting that despite its loss in all the states, it is Chhattisgarh where the Congress has achieved a respectable position in opposition, and this was possible only under the able leadership of Ajit Jogi, an Adivasi leader. Is this example not enough for Congress to think that instead fearing of AAP, it is time to think for the change in its policies and to give sufficient leadership to Dalits and Adivasis in the state and at the central level.