(Translated by Yoginder Sikand for NewAgeIslam.com)

Sultan Firoze Shah Tughlaq, who succeeded Muhammad bin Tughlaq to the throne of Delhi, was quite a contrast to the latter. He was not well-read, including in religious matters, and nor was he observant of the rules of the shariah. Further, he was under the control of the ashraf nobles who had revolted against Muhammad bin Tughlaq and had placed him on the throne. He was beholden to them and did not dare act against their wishes. He was also devoted to fake mullahs and Sufis who were ardent supporters of caste discrimination. In order to please the ashraf nobles, mullahs and Sufis, he selectively killed various supporters of Muhammad bin Tughlaq, many of who are said to have been orthodox Muslims.[i] But he did not stopat this. He showered these men with lavish favours, appointing them to senior posts and granting them vast landed estates. Just as when Buddhism was extirpated from India Hindu kings bestowed on the Brahmins the posts, land, wealth and prestige that they had earlier possessed but had subsequently lost, so, too, the ashraf regained their hegemony on the death of Sultan Muhammad bin Tughlaq. As Syed Ziauddin Barani put it, hardly able to conceal his glee, with Firoze Shah Tughlaq ascending the throne ‘All the Syeds were blessed with a new life.'[ii]

The new Sultan killed many of his immediate predecessor’s confidantes, granted the son of Qutlagh Khan, the ringleader of the conspiracy against Muhammad bin Tughlaq, the exalted title of Alap Khan and included him in the circle of leading nobles, and appointed Qutlagh Khan’s brother Nizam ul-Mulk Amir Husain as governor of Gujarat. He gave back posts and perks to numerous mullahs, muftis, qazis and pirs that had been confiscated from them by Muhammad bin Tughlaq, reinstating them in place of those whom Muhammad bin Tughlaq had appointed. Thus, for instance, he removed Abul Fatah Shaikh Ruknuddin Multani from the post of sheikh ul-islam because he was opposed to wrongful innovative religious practices (biddat) and had been supportive of Muhammad bin Tughlaq.

Syed Jalaluddin Barani commented extensively—and, expectedly, very positively—on Sultan Firoze Shah Tughlaq’s generous patronage of the caste-ridden mullahs and Sufis and other shurafa. He writes that when the new Sultan ascended the throne he provided lavish robes and gifts to the nobles and large monetary and land grants and to scores of ulema and Sufi shaikhs. He made huge contributions to the grave-complexes of various Sufis. Many of these ulema and Sufis were Syeds, and Barani exulted in this turn in the fortunes of his caste because of the largesse shown towards them by the Sultan. Thus, he wrote that the Sultan, whom he termed ‘The Sultan of the Age and Time’, had ‘surpassed the other rulers of the world in his sincere devotion to the household of the Prophet (ahl al-bayt) and in his love for the seal of the Prophets (khatim al-nabiyyin), and this sincere devotion and love have reached the farthest limits’. This was expressed, he said, in the presents, lands, posts, and titles that he presented vast numbers of Syeds with, and in the many Syeds he had appointed as his close advisors and senior courtiers. That is why, he said, the Syeds prayed to God to give the Sultan [khudawand e alam] a long life.[iii]

Sultan Firoze Shah Tughlaq held the Syeds in great reverence. It is said that in order to avenge the death of three Syeds, he destroyed hundreds of families in Khattar and put to the sword literally thousands of people. He ordered the governor of the province to slay these people, and for several years he himself visited Khattar to do the same with his own hands. Farishta writes that Kharku, the Hindu chaudhri of Khattar, near Badaun, invited Syed Muhammad, governor of Badaun, his brother Syed Alauddin, and Syed Mahmud to his house and killed them. When the Sultan learned of this he was inflamed and headed for Khattar with a large army, where he ordered that every house be destroyed. He put the inhabitants of the town to the sword, and, says Farishta, ‘so many Hindus were slain that the souls of the deceased Syeds began pleading for them.’ Kharku fled to the Kumaon hills, but the Sultan’s army followed him there, destroying and pillaging on the way. Some thirty thousand Hindus, so claims Farishta, were taken as prisoners. Owing to the onset of the rainy season, the Sultan went back to Delhi, and on his return he appointed Malik Daud Afghan as governor of Sambhal, instructing him to visit Khattar every year and slay its inhabitants [mulk ko taraj karey]. This incident took place in 1380. According to Farishta, the Sultan himself returned to Khattar every year after that for the next five years to kill those inhabitants of the town whom Malik Daud Afghan had spared. In this way, thousands of innocent and hapless Hindus were slaughtered by the Sultan for the sake of the three slain Syeds.[iv]

There is, needless to say, no justification for this barbaric slaughter at all in Islam, for the Quran very clearly says, ‘No bearer of burdens can bear the burden of another’ (17:15).

The Sultan’s utter hypocrisy and his utter lack of concern for Islamic teachings is clearly apparent from this heinous massacre. If he slaughtered thousands of innocent people in revenge for the killing of three innocent Muslims, why, one must ask, when he ascended the throne did he kill so many pious, orthodox Muslims on the instigation of impious men who had wrongfully rebelled against Sultan Muhammad bin Tughlaq? It is obvious that while he showed no hesitation in slaying these Muslims, he found the slaughter of three Syeds so intolerable that he did not hesitate to kill thousands of people in reaction, although these people had nothing to do with the Syeds’ deaths.

While analysing the Sultan’s very obvious prejudices in favour of the foreign shurafa, particularly the Syeds, it is instructive to examine the supportive attitudes towards caste and untouchability of a leading figure associated with the Sultan, who is widely thought of as a noted Sufi shaikh. This person, Syed Husain Jalaluddin Bukhari, more popularly remembered as Makhdum Jahaniyan Jahan Gasht (d. 1384), was appointed to the post of shaikh ul-islam, the highest religious office in the empire, by Sultan Firoze Shah Tughlaq. He was a fervent champion of caste hierarchy and ashraf hegemony. He insisted that the so-called low castes should not be given ‘too much’ education and that what they should be taught should be limited to just the rules related to ritual worship and the fast during the month of Ramadan. He wrongly interpreted a narration attributed to the Prophet to liken the ‘low-born’ with swine and dogs and to argue, ‘Do not educate the low-born so much that they surpass the proper limits and they insult the ashraf and the pious predecessors’. [v]

Syed Husain Jalaluddin Bukhari did not stop at this, however. He went on to argue, again wrongly claiming Prophetic sanction for a scurrilous claim, that one must not sit together to eat at the same level with ‘low-born’ people such as barbers, washers of corpses, dyers, leather-workers, makers of bows and arrows, washermen and alcoholics and usurers.'[vi]

The so-called Prophetic hadith narratives that this supposed leading Islamic scholar in Sultan Firoze Shah Tughlaq’s realms employed for backing these arguments, it must be noted, are either weak (zaif) or wholly fabricated (mauzu), and are clearly and unambiguously contradictory to Islamic teachings. And yet the Sultan chose to appoint such a man to the highest religious post in his vast empire. 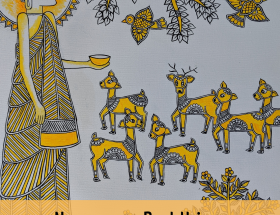