The most political of India’s literary awards, the Jnanpith has went to a chip off the old feudal coconut block, Akkitham Achuthan Nambudiri. This was long predicted, even before CAB was a twinkle in the right wing eye.

Akkitham is one of those rarities in the right wing intelligentsia that he has leftist pretensions. He projects himself as a rival to that other compatriot, EMS Nambudirippad. In the formal investigations into the genesis of hatred in Kerala, the fundamental issue is always cultural. The major preoccupation of culture in Kerala is poetry, and song. Akkitham excels in both. He is an aberration, a right wing intellectual with communist aspirations. But the hegemonic edifice and coporate Mafiosi that has bestowed this award upon Akkitham have no qualms about his avowal of the RSS.

His announcement as the winner of the award was greeted with obscene glee back home in Kerala. All commentators-left, right and centre- harped on the supposed humanism and advaitic vision of the octogenarian. Nowhere was his support to the Khaki shorts mentioned. In fact the right wing mouthpiece ‘Kesari’ brought out a cover story on Akkitham’s assumption of the ‘Jnanpith’. As the writer Paul Zachariah (who arguably is the best living writer of Malayalam, and who would never win the Jnanpith), has quipped that Malayalis suffer from a ‘Hanuman Complex’. This means that there are scenarios with North Indians involved where Malayalis just forget everything else and genuflect, adopting the stance of the Bhakta. The Jnanpith with connotations of ‘Jnan’ and ‘Pith’ has immense cultural connotations in supposedly liberal Kerala. Jnanpith is the apotheosis of the Malayali writer. He (no woman has ever won from Malayalam) becomes deified, exalted as an avatar. The end of literary elitism is nowhere in sight in Kerala. In this respect the progressive pretensions and the supposedly egalitarian ethos of the state leave much to be desired.

‘No genocide without poetry’, says Slavoj Zizek, the Slovenian thinker. Radovan Karadjic was a poet. So was Milosevic. And there were numerous others. Akkitham with his quasi-socialist credentials and Jnanpith under his belt, is waiting in the line. Poetry should make us scared, especially in its conservative, award-winning garbs. Kerala has a vibrant literary sphere that is driven by a literate audience. The Malayali reading public is hardly discerning. Anything written in metre and rhyme by erstwhile elite persons are accepted as sacred. This wretched backwardness is covered with the veneer of progressiveness. Muslim, Dalit, tribal and subaltern writers are seldom given their due. (In this regard, the omission of Vaikkom Muhammed Basheer is a glaring one. Arguably the greatest writer of Malayalam prose ever, Basheer was sidelined for the major award. Basheer as ever was flippantly sarcastic about this omission in characteristic fashion. )

Nairs, the erstwhile Kerala Shudras are yearning for the Kshatriya tag, something that the Brahmin bourgeois alone can confer upon them. Here the ‘Hanuman complex’ as postulated by Zachariah takes on many different levels of hierarchies. There is a Hanuman to be discerned in every Malayali, who genuflect before the likes of Akkitham, who in turn does foot service to RSS overlords from Nagpur. The disastrous socio-political experiments that the state is undergoing is a pointer in this direction. Questions such as Ramachandra Guha’s ‘Where are the intellectuals of the right’ are met with the kind of jingoistic scorn accompanying the Jnanpith assumption of Akkitham.

There were stalwarts like M.Krishnan Nair (a Shudra himself) who in his weekly periodical column ‘Sahityavaraphalam’ used to introduce Malayalis to the latest developments in world literature. But without such a constant enterprise of updation, which itself becomes a fetish, Kerala quickly relapses into its prelapsarian pre-Marxist feudal Utopia where Marxist manque like Akkitham receives accolades.

What is ironical is that a Nambudiri male with little exposure to modernity outside of his immediate clan ecosystem, writing judgementally in pseudo humanist vein of women wearing skirts and western costumes has come to be accepted as the greatest living writer in Malayalam. Poetry articulates language in its subtlest and its most brutal avatars. The relative intensities of poetic compositions compared to filmy lyrics have bestowed a certain degree of elitist fascination upon them in the context of popular disaffection with the popular culture.

The incredible array of poets that the bigoted rightwing presents its afficionados with is dazzling in its range. But compared to the right wing intellectual deficit, an overcompensation happens vis-à-vis poetry. There exists the school of thought that in every bourgeois housing colony should be established a poetry club, where people can write and share their works. A deadly cocktail of middle class attitudes and caste sensibility is waiting to happen. Even the Shudra liberation, that was heralded by the likes of Ezhuthachan, otherwise called the father of the Malayalam language, is being given short shrift. Even before Ezhuthachan was Cheeraman who wrote his ‘Ramacharitam’ to take spirituality to the ‘ezhas’ or the weak. But the past has become another country. The present generation looks upon the past in awe of their aesthetics, which often was regressive. The political heft of early modern Kerala is nowhere to be found. There have been numerous experiments in short story, novel and other genres. The anti-novel, anti-memoir and other forms have been attempted by mainstream practitioners. But the genre of poetry has been sacrosanct. Those radical poets who were bold enough to question the caste edifice have been consigned to the margins. This is the build up to disaster according to Zizek. 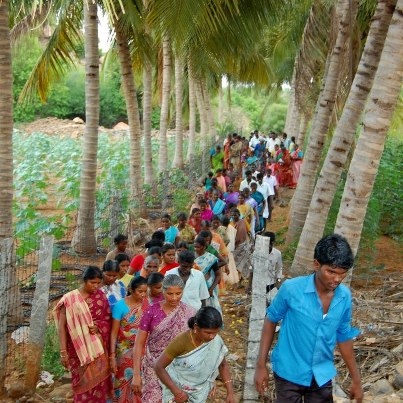 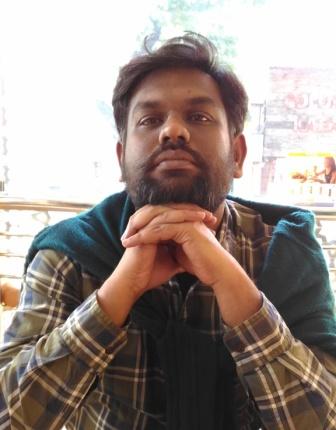