Urban Deprived Communities in Bangalore: Rally to EWS quarters to claim their share in the city and challenge the Corporate Land Grab!

Please stand by our brothers and sisters in Ejipura’s EWS quarters in their critical hour of need. In a single day, today, hundreds of their homes have been razed to the ground in a most brutal manner imaginable. Join us in a protest by Bangalore’s Civil Society tomorrow morning 11am at EWS Quarters – bring family, friends, neighbors. Pass this message on. Spread the word also to the media, if you are able.

The struggle of the EWS residents in Ejipura, Bangalore to defend their right to land and housing is historical as it is representing not just one struggle against one slum eviction but a unique process of asserting the sovereignty of urban deprived communities in south India for their right to city and for a life with dignity.  In the context of resisting an impending attack of eviction upon the struggling people of EWS quarters, we are planning a massive march between all slums of Bangalore culminating in a rally upon the EWS quarters grounds, in resistance of corporate loot from urban deprived communities. We ask for your financial support in planning this event.

BBMP officials have worked in connivance of the private builder –the notorious Garuda mall ledMaverick holdings and investments –by handing over 22 acres of prime land to them with the plan to evict the residents there. They have cheated them by suppressing vital facts from the high court to dubiously obtain an order that totally rejects the right of the present residents. The people living in EWS continue to fight all the forces behind  this ‘Great Land Robbery’ which transfers Dalit and Minorities Lands to Private Company by BBMP. The writ petitions filed by the residents in the high court of Karnataka have questioned the entire process of governance that runs against the Urban Deprived Communities, and the sustained struggle of the EWS residents against this ‘great land robbery’ for the last one year has acted as a point of convergence of all concerned with the people living in slums in Bangalore and Karnataka.

This conference on 20th Jan is a move where the urban deprived communities converge at EWS to express complete solidarity and occupy the EWS land to claim that the EWS residents are the rightful owners of the land and occupy it and clearly tell the state and all its neo- institutions  that they are rallying  to claim their rightful share in the city. The program for this rally and march requires some financial help and through this we appeal to every pro-people individuals and organisations to stand in support of this crucial process. Below we out line our budget, and provide some background information on the struggle in EWS Quarters and the situation faced by slum dwellers throughout the city and state.

The Land Sharing Plan that destroyed poor people of Mumbai and transferred poor peoples’ Lands to Private companies and this anti people phenomena is entering Bangalore /south india. What is our response to such anti social justice measures of the ruling Government?

We also appeal to extend every kind of resource support at your disposal to make this summit to discuss such possibilities a grand success.

For Rally between slums and

In 1984 BBMP built 1512 houses in Viveknagar, Bangalore and distributed them to Economically Weaker Section families in 1996. These G+2 EWS quarters were not provided basic facilities like water or toilet. Due to rampant corruption in building the quarters, the buildings started cracking after 5 years and collapsed after 7 years of allotment. Three persons including a child died in the building collapse and several were injured.

A committee setup by BBMP suggested that 21 of the 42 structures to be demolished and the rest repaired. But BBMP forced all people to vacate the buildings and demolished all the structures with an intention to handover the land to private companies. It is primarily because the people residing here were largely belonging to SC, ST and minority communities, BBMP took all such decisions. Meanwhile, people (both alotees and tenants) were forced to live in huts with tin sheds for many years.

In a site where 3000 houses could be built, BBMP has signed a MoU with a private company to build 1640 houses (G+9 multi storeyed) and intend to distribute only to the original allottees. Already 22 acres of prime land has been given to the notorious Garuda Mall as a result of huge corruption from top to bottom. The company will be building the houses in 40 % land and build a commercial complex in the other 60% land.  This is  clearly an act of land grab. This is nothing but an action of plundering the land reserved for the housing of Dalits and Minorities.

The EWS residents with strong support from various peoples’ organisations have demonstrated stiff resistance for this combined land grab enacted by BBMP and the private company.  The BBMP Officials have managed to reach a compromise with the EWS allottees and the company to completely evict the thousand and odd families living their without any form of rehabilitation, in spite of the BBMP promise of building in-situ houses for them. BBMP has also issued them the necessary identity cards and the people living there possess their voter ids and ration cards to prove their claim. The BBMP managed to suppress the vital information from the high court of Karnataka and procuring a judgement in their favour and evict the EWS residents without any rehabilitation.

The comprehensive Development Plan of Bangalore city, the unconstitutional  bodies (that undermine  the  urban local bodies)  like BATF,  ABIDe, Urban Development department , the department of municipal administration, the KUIDFC, are working in perfect co-ordination, and driven by the corporate interests  are  tampering  the governance process  resulting in robbing, denying and depriving the UDC from all necessary basic resources for alife with dignity. Education, health, transport/traffic, water supply and sanitation, solid waste management, infrastructure,  taxation, administration and  governance are all reversed to benefit the dominant caste –capitalism abetting the corporate plunder of public resources.

The pro corporate policies of  both central and state governments have emerged to grab every natural resources especially land , water ,  mineral, budget , market and all other vital public resources.  The economic policies promoting Corporate Capitalism has undermined the fundamental principles of equality, liberty, fraternity and social justice enshrined in our constitution. This phenomenon has further dispossessed the historically deprived communities like SC/ST, OBC and converted religious minorities. The multinational corporate companies and their countries have looted the resources of the country devastating the agriculture and killing the vast rural economy and chasing crores of rural population to urban centers as destitute and internal refugees. Denying them access to basic resources for livelihood and dignified survival. Through disinvestments and privatizations  imposed in every sector in the country, global capitalist forces  have taken control of our governance that has led to open corruption in combined loot of our resources  ‘ leaving 78 % of our people below poverty line , who are unable to earn  even Rs 20/- a day ‘ – as per the  study conducted by the National Planning Commission.

The politics of development have thrown lakhs of rural poor converted as destitute and pushed them to the cities. Dictated by the principles of market fundamentalism, the people are internally displaced from villages to cities deprived of their minimum livelihood resources. Even after moving to the urban centres/cities these historically deprived/ dispossessed communities are blatantly denied of a life with dignity. The neo-institutions of governance, manipulated representations of these communities provide an environment where these urban deprived communities are continuously evicted either from their place of livelihood, dwellings or places inherited.

Most of the elected representatives in Bangalore city are from real estate mafia background. Their direct/indirect link with the builders, real estate sharks, politicians who are hunting every inch of public land, resources have created huge pressure on the urban land use. The combined neglect of elected representatives and the bureaucrats in ensuring the urban deprived communities or sustained in poverty, illiteracy, malnutrition as they are treated beneficiaries, burden to the government. While retaining them in the rat holes or segregated settlements called slums and nailing them in the cross cheap labour, neglect and denial of dignity.

The caste inherited Indian capitalism married with western imperialist /corporate forces have always felt the  Indian constitution is a burden on their hunch back. The principles of equality, Social justice and freedom are thrown to wind to weave the cobweb of semi-slavery while chanting the mantras of modernity. Their greed do not allow them to spare even minimal survival resources for these UDCs. The deprived communities in urban areas are working and running the cities have inherited right over all the shares in  every resources in cities(Land-natural resources, livelihood, financial-budget, market, and all such) In the name of building urban infrastructure like metro rail, malls/complexes, flyovers, under passes, bus stations, road widening, townships even small bits of land possessed by UDCs are grabbed with no suitable rehabilitation or namesake rehabilitation basically telling them that you have no right to city.  Hence, the tricks like land sharing are played with. Multi-storeyed structures with tiny houses are built to forcibly push the UDCs outside the cities. The wealthy migrants/traders/ corporate houses are given importance with priority where the working masses from SC/STs, OBCs and converted minorities are cleansed out of cities. 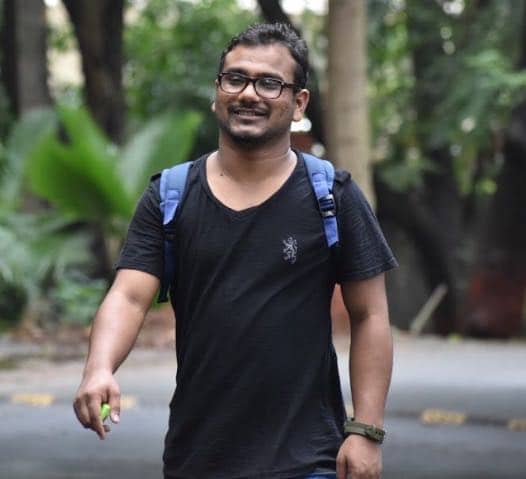