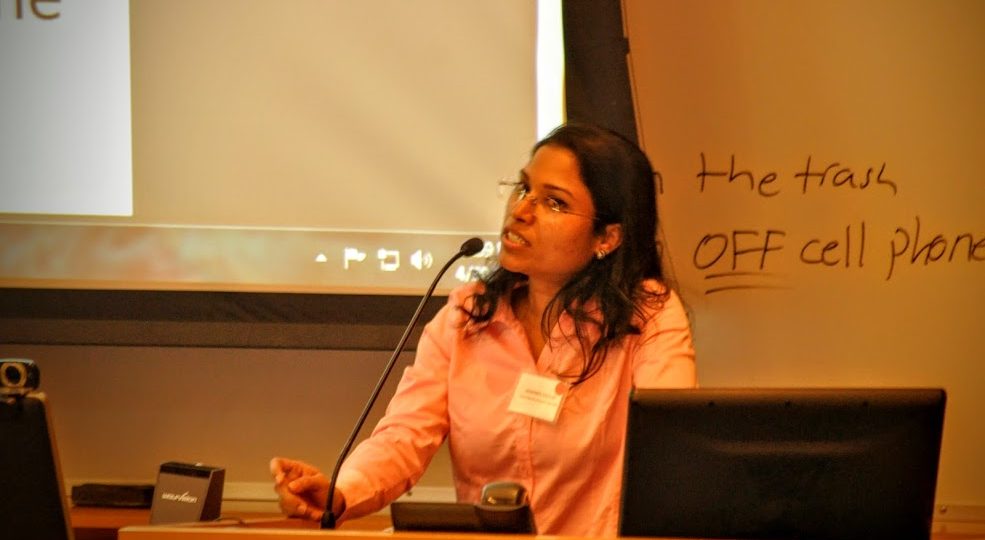 Jai Bhim to everyone,

Firstly, I would like to thank the Ambedkarite Students of Columbia and Global Studies from the Columbia University of USA for inviting me to share a few words with you all on the occasion of the 131st birth anniversary of Dr Babasaheb Ambedkar. Happy Bhim Jayanti to all of his followers!!!

It is my privilege and honour to be a part of this event. Today, I will be focusing on ‘What Dr Ambedkar means to me and how do I see Dr Ambedkar from a Global Perspective’. I visited Columbia University when I was selected for an International Study Tour to Columbia University by the Dr Ambedkar Foundation, Ministry of Social Justice and Empowerment, India on the occasion of the 125th birth anniversary of Dr Babasaheb Ambedkar in 2015. During my visit to the Columbia University, my emotions were overwhelmed because I could get a chance to see where Babasaheb studied, the libraries he studied in, places he might have used for his long lasting continuous sitting hours for his studies. I felt the same when I went to the London School of Economics, in the UK and even visited his London house. These are some of the places where we feel an emotional bond with him and revere them.

For me, Babasaheb is a vision, ambition, and solace to the problems and future of the world. For us, Dr Ambedkar is a source to understand our history, work on our present and envisage the future. We try to understand him through his writings and speeches and other forms of literature, from our childhood we have been listening to the songs made about him, and also hearing stories from our elders from which we learnt about what he did for the whole of humanity. He is a role model not only for the people from the deprived sections of India but for people of various other countries as well. They are getting lessons and learning from his life. There are so many organizations, universities, and governments that have done many things to recognize the work of Dr Ambedkar, but I will share the recent happenings that have been taking place around the world, like a high school named as Dr Ambedkar High School, in Miskolc, Hungary. The Province of British Columbia in Canada declared 14th April as ‘Dr. B.R. Ambedkar Equality Day’. Globally, intellectuals and people from disadvantaged backgrounds are appropriating Dr Ambedkar as their icon.

Educated youth who go out of India for higher education or jobs are spreading his message in the outside world and are representing the deprived sections and the nation at large. They also raise their voice when they find any discrimination or atrocity. There are a lot of busts of Dr Ambedkar that can be seen in foreign universities. Columbia University has uploaded Babasaheb’s writings on its website, and other universities have also kept his writings available for study. After seeing all these things, the questions that come up in my mind: why do people accept him as a role model and can relate to his struggles? The answer is, it is because his work was not for any particular caste or religion but for all sections of people who are struggling to reclaim their human personality. Through his life, we can comprehend the importance of pursuing higher education and working for society.

He might be one of the only leaders in the world who brings people from all corners of the globe to celebrate his birth anniversary voluntarily. He binds us together in one ideology: to work for the disadvantaged sections of society and to spread equality, liberty, justice and fraternity in society.

Dr Ambedkar was already a global citizen at a young age when he pursued higher education in different, renowned universities across the world. Dr Ambedkar might have learned to connect with people of different countries from his teacher Mahatama Jotiba Phule. Mahatama Phule in 1873 dedicated his book ‘Slavery’ to ‘the good people of the United States as a token of admiration for their sublime, disinterested and self-sacrificing devotion in the causes of Negro Slavery’.

At that time even upper caste people would rarely go abroad for higher studies. As per the Hindu religion, crossing the sea and going out to other countries was considered a sin. Irrespective of these religious and socio-cultural norms in the early 1900s, Babasaheb went to the USA and England for his higher studies. He had four doctoral degrees and two masters; plus he learnt several European languages and quite a few Indian languages including Sanskrit and Pali. He was the first person from South Asia to have been conferred a PhD in Economics by Columbia University in 1917. Dr Ambedkar was only 24 years old when he wrote his paper on “Castes in India – Their Mechanism, Genesis, and Development“.  He studied M. Sc in 1921 and D.Sc in 1923 in London School of Economics. He received a Barrister-at-Law degree in 1920 from Gray’s Inn, London. From 1922 to 1923, he spent some time reading economics at the University of Bonn in Germany. Because of his quest for education and utilizing that education to serve humanity, people have started popularly acknowledging him as a “Symbol of Knowledge”.

When he was in India after his higher education and started working for society he had selected some students and sent them to England for their higher education. I would like to say that because of him we started thinking about taking higher studies abroad. Through him, we developed a global perspective in us. His decision to convert to Buddhism was also a conscious decision. He knew the impact of Buddhism on our people and therefore he refused to accept many proposals from different religious leaders to convert to their respective religions. He accepted the religion which has Indian roots but has followers at a global level. He started the journey to become a global citizen for us. Therefore the whole credit goes to Babasaheb for making us global citizens.

With these few words, I am ending my talk and again wishing you all a Happy Bhim Jayanti and long live Babasaheb!

Thank you all for patiently listening to me.

Dr Hemangi Kadlak works as a Faculty Member at Vellore Institute of Technology, Tamil Nadu, India. She is an active member of the Phule-Ambedkarite movement. 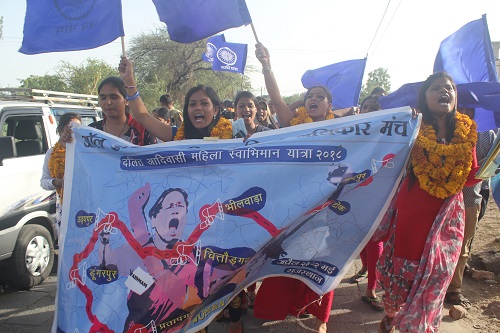