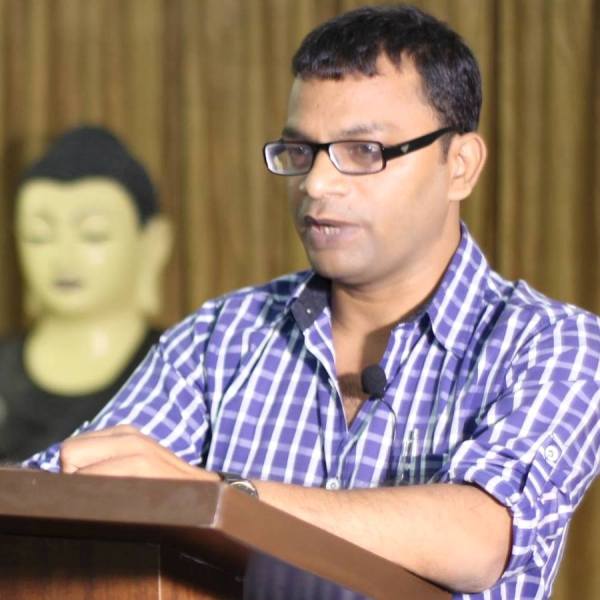 The President of India is a ceremonial post. It is often compared with the “rubber stamp”. But as the head of state, it is also a prestigious post. The orders are issued in his name and proclamations bear his name. He is the Supreme Commander in Chief of the armed forces. The post is powerful in different ways and the President of India is elected by the electorate college constituted by all the members of the state legislative assemblies and members of the houses of Parliament.

By all calculations, the NDA has an upper hand over the UPA. The candidate nominated by the NDA is sure to win the Presidential polls. Hence, soon-to-be His Excellency, Kovind, is set to become India’s President. Mr. Kovind is a Dalit. But like many other castes, his caste also been put in different categories in different states. His caste comes under SC category in the state of UP, and the same caste comes under the OBC category in the state of Gujarat. In the state of Gujarat, the Kolis constitute 18 percent of Gujarat population. Kolis in Gujarat are an interesting category for various reasons. Mr. Kovind is the President of Akhil Bhartiya Koli Samaj.

Mr. Kovind is suitable for all the bills that can add weight to the RSS/BJP campaign in the upcoming Lok Sabha elections in 2019. The RSS/BJP badly need the second stint to further their vicious agenda of Hindu Rashtra, judging by the reports coming in from various fora. The Dalits all over India have been at the receiving end and they are worst victims of the caste-based violence. The recent violence in Saharanpur, the suicide of Rohith Vemula and the awakening that followed it, Una flogging and the upsurge in the assertion that emerged in Gujarat led the Dalits to believe that in the RSS/BJP regime, it is impossible to get any justice. This sense is prevalent in the community. In UP, the Dalits, particularly the dominant Dalits, can never shift their allegiance to RSS/BJP. However, the BJP/RSS is leaving nothing to fate and doing everything to get Dalits in their fold. It is to be noted that after 60 years, all political parties are out to claim the legacy of Babasaheb Ambedkar. Why is that?

Babasaheb Ambedkar is the only post-transfer-of-power leader of national stature who can move the people throughout India. His sway over the minds of the people is amazing. But this is not the reason that all the political parties are out to co-opt him. He is as much a revolutionary figure whose thoughts and philosophy has the power to mobilise people throughout India. Even if his immediate followers rise up, and rise up together, no one can stop the emergence of a pan-India social force that can be easily transformed into a political force. That is the reason why the RSS/BJP regime is trying to appease the Dalits through tokenism and co-option. The press is reporting that the UPA is trying to find a “bigger” Dalit leader to fight the “smaller” leader nominated by the NDA. The candidate must be Dalit of high Ambedkarite credentials, the UPA appears to be rallying behind this idea. So, the Dalits will have to get into the fray by showing who is more “Ambedkarite”!! And the political parties are out to prove that they are more “Ambedkarites” than other political parties. The bigger question is: What is happening to Ambedkarism and the core values for which he fought for till the end of his life? No political party cares about it. It is left to his radical followers to fight for this.

As a passing comment on this, the Koli Samaj in Gujarat has been claiming that they have been erstwhile Buddhists. They are from the clan of Koliya from which the Buddha’s mother came. The Kolis are spread all over the coastal belt of western ghats. In Maharashtra, and in the parts of Mumbai, the Kolis, known as Agre-Kolis are dominant and they have been upholders of the Buddhism. They have many traditions that connect them directly to the Buddha. The Karle caves are revered by the Kolis as the temple of “Ekvira” mata (mother): the temple devoted to the “mother of a great hero”, that great hero is the “Buddha” and the mother they worship is “Mahamaya”, the mother of Siddhartha Gautama. It has become very clear that “Buddha” does not need any passport or visa in India and as the various castes have no real history in Hinduism, they are bound to take pride in their “Buddhist” history sooner or later. If the “Akhil Bhartiya Koli Samaj” can really go back to its historical roots, they will connect themselves with the Buddha and their glorious contribution to Buddhism through their sea-faring that took Buddhism all over the world. But in strange times like this, when everything is seen through the “Brahminical” eyes, the world will look distorted; that distorted world only benefits the interests of one caste through manipulation of the symbols, ideologies, and histories of the communities in India.

The run up to the Presidential polls is a lesson in history and history can be the best guide to decide the trends that might emerge in the future.