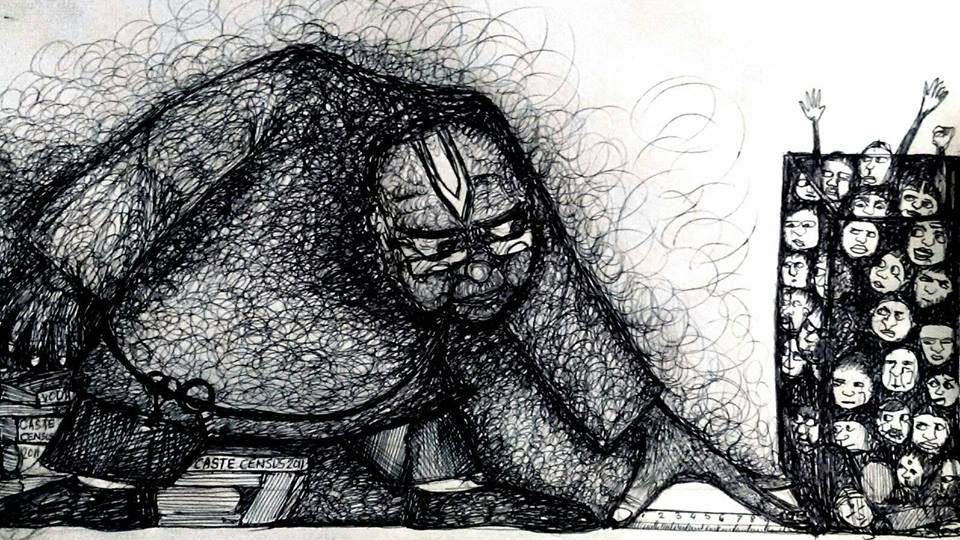 In the Indian union of states, the Scheduled Castes (SCs) and Scheduled Tribes (STs) are considered the most socially and educationally disadvantaged groups among the other disadvantaged sections, namely other backward castes (OBCs) and religious minorities.1 Despite several policy interventions, the number of OBC/SC/ST/Minority students enrolled in higher education continues to remain low. The predominantly upper caste bureaucracy and half-heartedness on the part of several government institutions jeopardized the true intentions of the affirmative policies. 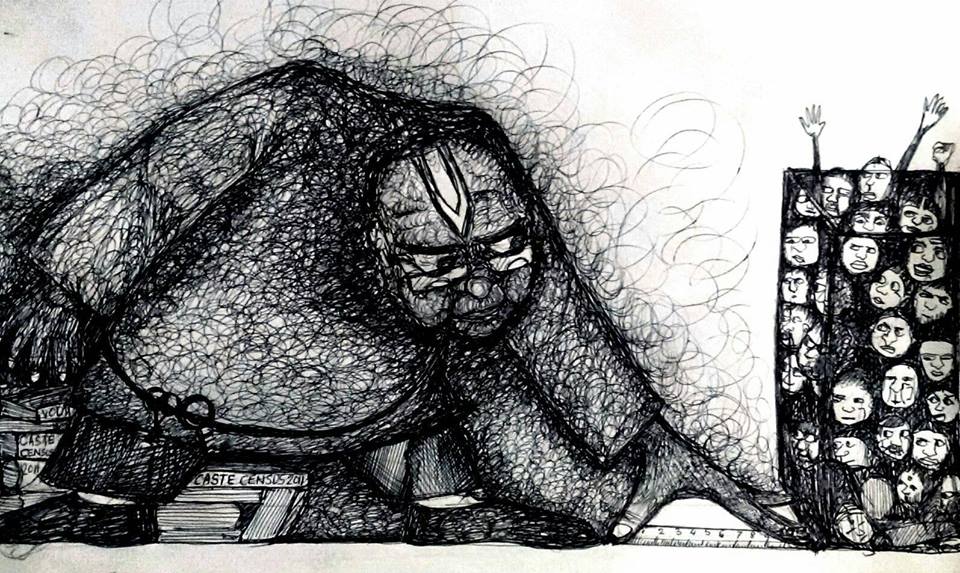 The Indian union boasts about its Vedic Hindutva culture to the outside world through its well-oiled PR machinery. In reality, Indian society perpetuates this Vedic Hindutva culture through many feudal practices, viz., caste discrimination, gender inequality, child marriage, and manual scavenging. Moreover, in many places, particularly in the northern part of the Indian Union, Muslims and Dalits are getting lynched in the name of cow protection and religious beliefs.2 One of the unique features that many social scientists have highlighted is that the caste consciousness and feudal practices, among the educated and socially well-off upper caste people is rampant.2,3

According to a recent survey undertaken among upper caste students from the Indian Institute of Sciences, most upper-caste students, believe that they were natural inheritors of the scientific practice.4 In recent decades, few OBC/SC/ST/Minority students could get into centrally funded institutions despite the lax implementation of affirmative policies. However, these institutions are accused of anti-reservation practices, and in several cases, they were held responsible for the suicide of SC/ST students.4,5 For instance, caste-based subordination is an everyday affair in leading centrally funded institutions of science and engineering.6

Many English newspaper dailies have reported the undesirable experiences of SC/STs, OBCs and minorities in several Indian scientific and technological universities such as IISc, IITs. IIT-Madras created a huge controversy by setting up separate entrances and washbasins for vegetarian and non-vegetarian students in its canteen halls.6 Assertion by students belonging to SC/STs, OBCs and minorities are ruthlessly silenced through legal action and academic pressure. The institute administration silenced the students of Ambedkar–Periyar Study Circle at the IIT-madras campus.7 To make things worse, the faculty composition in most leading science and technology institutions are overwhelmingly represented by upper-caste members.8

In 2004, many progressive organisations and policymakers urged the Congress headed UPA government to improve the enrollment of SC/STs/OBCs in higher education. Subsequently, during UPA-1 a slew of social justice measures were implemented in higher educational institutions, such as the mandatory quota for OBCs in admissions and faculty recruitments in IITs/IIMs. However, its implementation was resisted by the predominantly upper-caste dominated central institutes. With the help of the judiciary, the upper caste groups managed to stall OBC quota implementation for two academic years. In contrast, the 10% upper caste quota was allowed to roll out in 2019 despite many filing cases against its validity in the predominantly upper-caste dominated supreme court.

After the new BJP led Union government came to power in 2014, many social justice schemes started during the Congress-led UPA-1, and the UPA-2 rule were slowly dismantled. This article will give an insight into how the social justice schemes were systematically stopped. The union government created many yardsticks to stop the enrolment of OBC/SC/ST/Minority students in higher education. For example, the Union government changed the earlier eligibility criteria (for Non-NET fellowships) notified by the UGC, “Unemployed OBC/SC/ST/Minority Candidates who have passed the Post Graduate examination in concerned subject and who are to pursue full-time research without JRF of UGCNET or UGC-CSIR NET.” to newer eligibility that requires: “i. National Eligibility Test) – Junior Research Fellowship (NET-JRF) of UGC (for Humanities/Social Sciences) or ii. UGC-Council of Scientific and Industrial Research (UGC-CSIR) NET-JRF Joint Test (for Science)”.13-15. Previously, applicants were chosen for the fellowship based on their academic performance (i.e. the marks secured from SSC to post-graduation). However, the current rule greatly limited the students from the OBC/SC/ST/Minority groups to qualify for fellowships.

Meanwhile, an upper-caste group (Nair Service Society) from Kerala filed a case against UGC’s regulation in Kerala High court, stating that prescription of lower minimum marks for candidates from reserved categories have resulted in positive discrimination. As per the 2016 UGC norms regarding the procedure and criteria for declaration of NET results, the merit list of candidates who secured minimum marks would be prepared subject-wise and reserved category-wise (other backward classes, disabled persons, SCs and STs). Based on the aggregate marks secured by the candidates in all three papers, the top 15% of candidates in all the categories will be declared NET qualified for eligibility for assistant professorship. Predictably, the Kerala high court ruled in favour of the upper caste group and ordered the UGC to look into reservation criteria in UGC-NET exams.

Surprisingly, the higher education department did not challenge this verdict and agreed to tweak the reservation norms in the UGC-NET exams. As per the current UGC norms, no more than 6% of candidates be declared to have qualified for the NET. For example, according to an Economic Times report, if a total of 600,000 candidates appears for UGC-NET exams in a particular cycle, 6% of those, i.e., 36,000, will be declared eligible for the assistant professorship.16 As per the union government’s reservation policy, seats will be earmarked for different categories from this pool of top 6% candidates. The HC verdict and the subsequent tweaking of reservation policy by the UGC assume greater significance because the NET exam determines entry into the higher education teaching profession in the Indian Union. According to the AISHE report, the faculty composition in higher education institutions both in private and the government is overly represented by the upper castes. The newly implemented reservation norms in NET exams will further divide this gap. By tweaking the reservation rules, the current BJP government limited the number of OBC/SC/ST students securing the UGC-NET lectureship. To make things worse, they converted all the non-NET fellowship schemes into NET-based ones.

A look into the revised guidelines of the national fellowship for providing fellowship to scheduled caste students to pursue M.Phil. and PhD (Effective from 01.04.2020) reveals that the “total number of fellowships awarded to the Scheduled Castes students under the scheme is 2000 every year. Out of the 2000 slots available under the National Fellowship scheme for SC students, 1500 will be allocated for National Eligibility Test- Junior Research Fellowship (NET-JRF) of UGC and the remaining 500 for science category students through UGC-Council of Scientific and Industrial Research (UGC-CSIR) NET–JRF joint test (for Science streams)”.13 This means that very few seats are available for the science stream students to pursue higher education. The UGC notification further states that “If in an academic year, the allocated slots (i.e. 1500 for UGC-NETJRF and 500 for UGC-CSIRNET-JRF) remain substantially unfilled (25% or more), the slot allocation may be reviewed in the next academic year and revised accordingly.”13 This gives an impression that major junk of fellowship seats are going unfilled in each cycle and that the unfilled slots (under 24 %) will not be reviewed in the next academic year. Thus, in a single cycle, roughly around 480 fellowship slots are taken away. Further, the notification reiterates that “these 2000 slots will be over and above the SC students selected under the normal reservation policy of the Government”.13

Similar kind of regulation was given by the UGC for the National Fellowship for OBC Students, “These 1000 slots will be over and above the number of OBC students selected under the normal reservation policy of the Government for UGC Fellowship”.15 However, it is not clear how this will be done with the existing 6% UGC reservation policy in NET exams. In the case of minority fellowships the UGC notification states that, “Community wise selection of scholars at the national level will be done on the basis of their pro-rata population.” As per the Ministry of Minority Affairs report, the percentage of minorities in the country is about 19.3% of the total population of the country. The population of Muslims is 14.2%; Christians 2.3%; Sikhs 1.7%, Buddhists 0.7%, Jain 0.4% and Parsis 0.006%. Interestingly, the UGC notification has not earmarked a fixed fellowship slots (total 1,000 fellowships) for all the communities on pro-rata basis, instead it says, “Un-utilized Fellowship slots of any community will be transferred to eligible Scholars of other Notified Minority Communities purely on merit basis at the national level”. With the implementation of new reservation norms in UGC-NET exams, socially advantaged minority communities will corner a major share of the fellowship slots. Instead of increasing the enrollment of oppressed community students in higher education, the Union government has completely demolished non-NET fellowship schemes and ensured that very few from the oppressed communities pursue higher education.

Apart from the UGC, DST and SERB offer many schemes in higher education, such as the INSPIRE faculty, Ramanujan fellowship and National Postdoctoral fellowship.21,22 However, none of these schemes follow transparent selection or reservation. According to The Hindu, between 2011-2018, 951 people were offered INSPIRE faculty position with a hefty salary (1.2 lakhs per month) for five years. If the selected INSPIRE faculty/Ramanujan fellowship members fails to secure a permanent position within the five-year duration, the SERB would again support them with a monthly fellowship for another two years through the SERB Research Scientists Scheme.24 It is to be noted that most of the selected candidates are from upper castes, and the Union government’s reservation policies are not followed in these recruitments. In 2018, MHRD came up with a recruitment notification for 1000 assistant professor vacancies in several government colleges under the World Bank assisted fund.25 None of these posts were filled up by following existing reservation norms or through any transparent mechanisms. Unofficially, this scheme was meant exclusively for jobless PhD holders from IITs, IISc and NITs.26

Can the OBCs/SC/ST/Minorities expect an egalitarian approach from the scientific heads of the Indian Union? The answer will be a big no. In a letter to the prime minister, the heads of India’s top scientific administrative bodies have jointly conveyed that science in India needs a major revamp. They went on to blame reservation policies for the overall failure. According to the report from The Hindu, the letter which was signed by the secretaries of India’s scientific departments said, “In a false sense of egalitarianism, we often chose the mediocre at every level”.27 Indian Union has many progressive scientists, science enthusiasts, NGOs, policymakers and science reporters. Unfortunately, most of them are from a privileged background, and they never raised this key issue of equity in science and higher education in the Indian Union. The current union government is significantly moving away from implementing social justice policies and is heavily in favour of the commercialisation of higher education. As a result, many talented, aspiring OBC/SC/STs/Minority community students continue to suffer under the BJP led union government and prejudiced upper-caste scientific heads.

1. Kavita Chohan, The legacy of B. R. Ambedkar and his contribution to social justice and equality, Roundtableindia, 2019.

3. Ashwini Deshpande. The More India’s Elite Claims to Be Caste-Mukt, the Less We Should Believe Them. The Wire, 2018.

23. Jacob Koshy. A scheme that draws scientists but leaves them in the lurch, The Hindu, 2018.

Dr. Magilan Karthikeyan completed his PhD from a Tamil Nadu State University. Since then, he has completed two postdoctoral assignments in Indian Union and abroad. Currently, he is working as a postdoctoral fellow in one of the research institutes designated as the Institute of National importance. 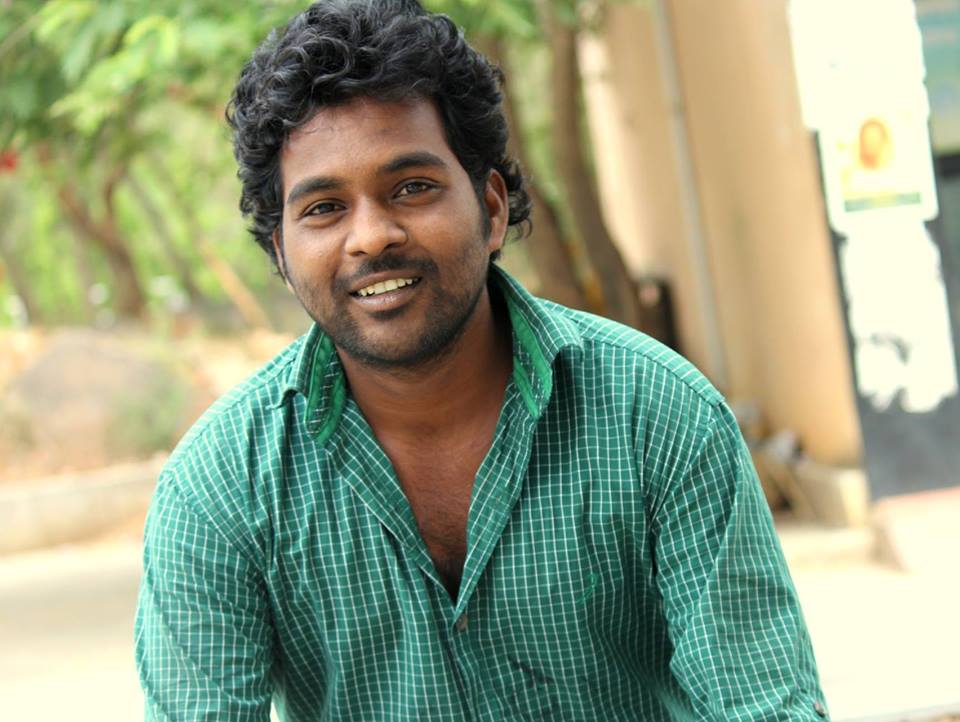 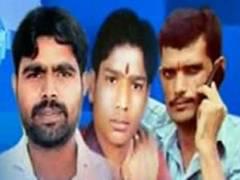 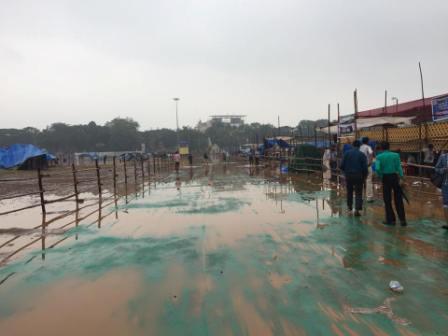