This letter is pursuant to an email that was dispatched to the Advisory Committee on Medium of Instruction on 12 October, 2013. Before we proceed, however, we would like to laud the decision of the Committee to open the debate on education in Goa to public consultation in a systematic manner. We believe that this bodes well not only for the discussion on the Medium of Instruction (MoI), but as a precedent for future dialogue on such matters that may occur in our society. Having said this, however, we would also like to state that this exercise can seem token if invitations for comment do not provide a longer period for the public to submit their statements. This would enable members of the public, and especially academicians and professionals, to place appropriately researched arguments before the committee. We therefore strongly recommend reasonable periods of time in future consultative initiatives.

Our recommendations with regard to the MoI, as made in the email mentioned above, were as follows: first, that the Advisory Committee recognise the Constitutional right of those being educated to determine the medium of instruction that best serves their circumstances; second, that both English and Konkani in the Roman script be recognised as state-supported MoI; and third, that rather than seeing the MoI as a resolution of the complex social problems faced by our society, more sensitive pedagogies that recognise the reality of language uses be adopted. We explain these in more detail below.

Presently, the entire MoI debate rests on the uncritical acceptance of the substantially discredited idea of the ‘mother tongue’. What is misrepresented by the adoption of this concept is the reality that many societies, South Asian included, are marked by multilingualism where people generally speak more than one language, the choice of which depends on the context. The same is true in Goa. Thus, a person may speak Konkani at home, Marathi at a political meeting or cultural programme, and English in the office. And this is not all, for within a single language, there are multiple forms, similarly context-specific and tied to the particular communicative function. For example, a tiatrist may speak a variant of Konkani particular to his social (i.e. caste and regional) location at home, but will speak Bardezi among his peers, and perhaps attempt literary Konkani as promoted by the Nagri Konkani protagonists when meeting with the same.

The MoI scheme in Goa that attempts to instil one language (either Konkani or Marathi) and one dialect (Antruzi in Konkani, along with the Puneri adopted by the Maharashtra government for Marathi), officially and through the education system, is problematic. Because, in doing so, it ignores the multilingualism that is an integral part of our society and homes. Imposing literary and generally upper caste forms of the language on students at the start of their curricular formation does more than undermine vernacular forms of language; it causes intense emotional and socio-cultural dysfunction. The process of learning when to use a particular language or language-form is a critical part of the process of self-formation. It is for this reason that educationists across the world have insisted on the utility of preliminary education being imparted, not in a ‘mother tongue’ but in a ‘functionally dominant language’. The latter is the language form that the learner and her or his immediate milieu is most familiar with.

Thereupon, to have a literary form of the language that is deemed to be a ‘mother tongue’ thrust on the learner as the standard form can be profoundly destructive of the sense of self of those learners whose family form finds no resonance in this standard form. Clearly, therefore, the problem is not merely about MoI, but also about inflexible pedagogies and a misunderstanding of the reality of language uses and practices. Indeed, the tragedy is that rather than focus on the critical issue of the pedagogies that are used in the classroom, the debate in Goa has been diverted to the highly specious issue of MoI.We recommend that, regardless of the MoI, classroom practice be marked by multilingualism. Thus, the practices where English medium schools penalize the usage of vernacular languages is as much a problem as the imposition of an alien Konkani on students. Such practices contribute to imperfect learning and, in the case of vernacular languages, contribute to language loss.

The People’s Linguistic Survey of India has recently found that India lost 200 languages in the last 50 years (http://peopleslinguisticsurvey.org/). The most comprehensive survey to have been conducted in the last 80 years, it suggests that there is a need to “[maintain] organic links between scholarship and the social context.” The current modus, especially with regard to the Konkani language, which imposes an alien dialect of the dominant castes on initial learners, is bound to contribute to the alarming trend of diminishing language diversity as cited by this survey. As pointed out earlier, this complicates the voluntary adoption of Konkani. Indeed, a class and caste sensitive reading of the controversy that is briefly discussed below reveals that it is precisely the imposition of an alien form of Konkani on the population (a population that would have normally opted for education in Konkani) that is partly responsible for the demand for English as a state-supported MoI.

Rather than sticking to the rigid delineation of the MoI as the only way to resolve the problem, one way out of this conundrum would be providing for the use and instruction of diverse languages and scripts, including Konkani in the Roman script. This option would allow for the preservation and growth of cultural and linguistic traditions. In turn, this supports the development of the Arts, which are often underrepresented in the curriculum. Goa’s literary traditions are rich and diverse, and include the Tiatr which has been instrumental in keeping Konkani alive and vibrant. Though we propose that students at primary levels be given instruction in those language-forms most familiar to them, we additionally recommend that the study of Konkani literature as it is expressed in Goan literary traditions like the Tiatr be introduced into the curriculum at the appropriate time. The Tiatr differs significantly from other literary traditions in Goa by employing dialects and accents that find common usage, so the study of such cultural productions actually helps young learners see the connections between language and the arts. Identifying linkages between culture and language through education bridges society and academia. In this way, vernacular languages would not necessarily be under threat from education in English.

While the MoI debate superficially appears to be a secular one about the support for ‘mother tongues’ and Indian languages, at the heart of its rhetoric lies the attempt to discipline or even suppress the aspirations of working class and lower caste Catholics and Hindus, i.e. the Goan bahujan samaj. Thus, the attempt is being made by the so-called Konkani protagonists to force Catholics towards an alien form of the Konkani language, and by the leaders of the Hindu bahujan samaj to restrict lower caste Hindus to education in Marathi alone. A very plausible suggestion has been made that the votaries of the Marathi language as a state-supported MoI are motivated by the fear that allowing for English will spell doom to the Marathi language schools that they run. The fear of Konkani-Marathi has often been used to fuel mutual distrust between the Catholic and Hindu bahujan samaj, and prevent their unity on crucial other issues. Not only are such strategies morally reprehensible, they are also violations of constitutionally guaranteed minority rights.

Furthermore, the demand for English as a state-supported MoI should not be seen as one made merely to suit ‘Catholic interests’. It would be grossly erroneous to see the Catholics in Goa as a monolithic community. Indeed, the multiple opinions vis-à-vis the issue of the MoI is demonstrative of the substantial class-caste differences and interests that divide Catholics in the state.

What is also deeply disturbing is the manner in which the Catholic-led demand for the inclusion of English as a state-supported MoI has been branded by certain sections as anti-national, thus prohibiting any attempt to look at the reason for the demand. There is also the repeated argument that the inclusion of English will destroy both the Marathi and Konkani languages in Goa. The situation may in fact be much more complex. For example, education in English in the colonial period did not prevent Goans from learning Konkani, nor did it prevent them from composing the prose, poetry, lyrics and music for which the Konkani language is famed not only in Goa, but around the world. Indeed, we would argue that it is precisely the imposition of education in a variant of a language that is not part of their repertoire that is causing the flight away from Konkani language schools in particular. The future of Marathi is similarly secure given that it is associated with a vibrant cultural tradition, and even forms part of the substantial anti-brahmin movement in Goa. This latter movement is far from dead and thus continues to spur the learning of the Marathi language. In any case, regardless of the MoI, these languages will be introduced to students at higher level classes under the three language formula of the education system in Goa.

Many people in Goa choose to be educated in English for practical purposes. It allows them to avail of higher chances for employment, not merely in Goa, but across the world. A good portion of the Goan population gains employment through migration. Given that Goa benefits from the foreign exchange remitted by those that work beyond India’s borders, and also that it is the Constitutional obligation of the State to support citizens in their endeavours, the government must support these attempts at ensuring future employability.

Looking at the issue from the level of politics, any decision of the Government of Goa to restrict the grant of aid to only schools that provide education in Marathi or Konkani in the Nagri script would be violative of the fundamental rights of children and their parents.

In light of the discussions above, we reiterate our recommendations as follows:

1. That the Advisory Committee recognise the Constitutional right of those being educated to determine the medium of instruction that best serves their circumstances;
2. That both English and Konkani in the Roman script be recognised as state-supported MoI; and
3. That rather than seeing the MoI as a resolution of the complex social problems faced by our society, more sensitive pedagogies that recognise the reality of language uses be adopted.

R. Benedito Ferrão is a writer and educator whose academic focus is Goa and the diaspora.

Albertina Almeida is a lawyer and human rights activist.

Amita Kanekar is a teacher and writer.

Anjali Arondekar is Associate Professor of Feminist Studies at the University of California, Santa Cruz.

Anibel Ferus-Comelo is a parent, educator and policy analyst.

Sujata Noronha is an educator with a focus on Early Literacy and Children’s Literature.

Chrissie D’Costa is an English language teacher and trainer. 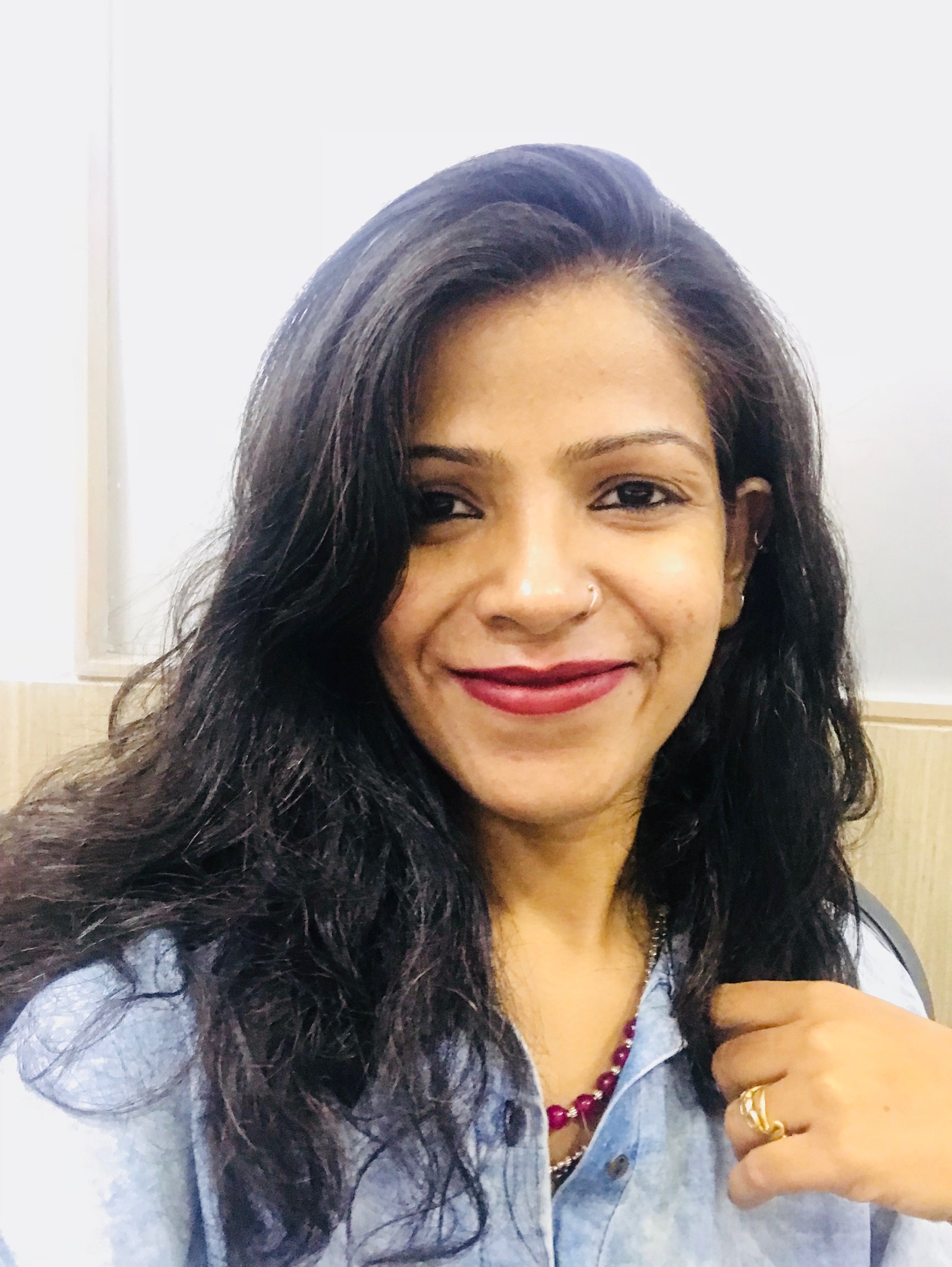 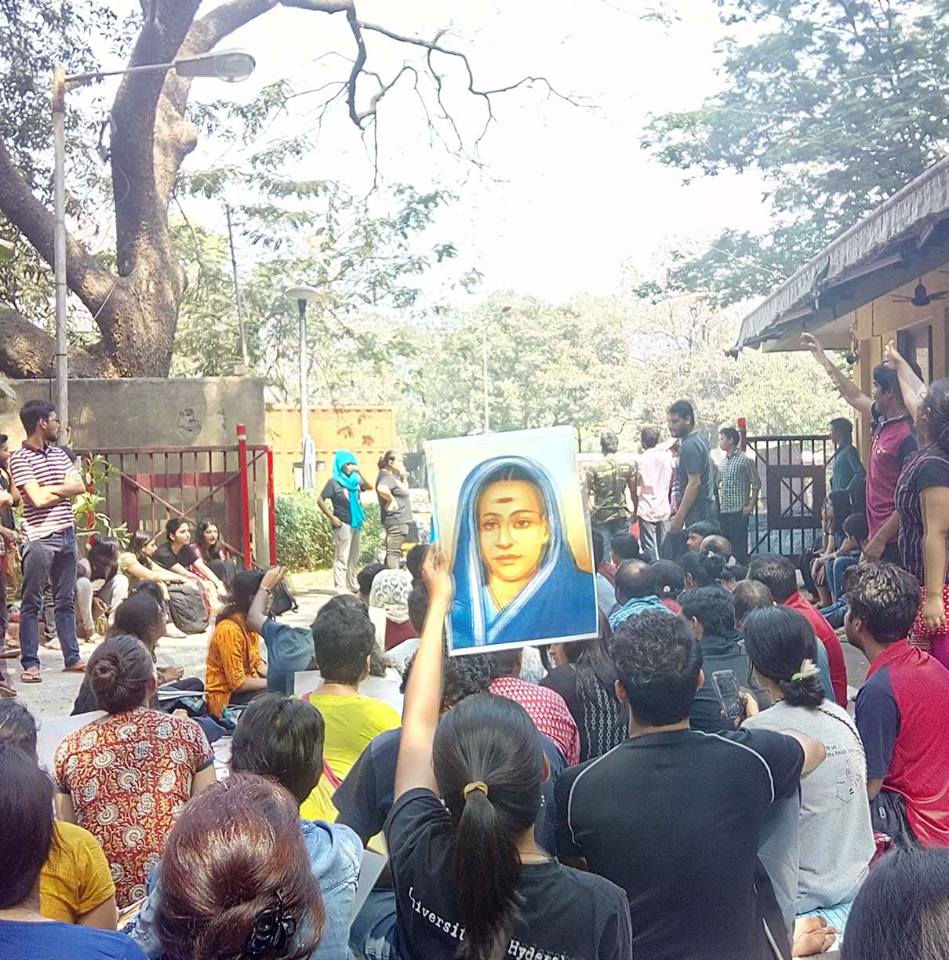