4.5% Sub-Quota for OBCs within Minorities: The ‘Political’ Dimension

The approach that merely concentrates on government jobs and seats in higher educational institutions is indeed a very savarna (upper caste) view of reservation policy. From the perspective of upper caste discourse, which has little appreciation for dignity of labor and looks down upon other skills and occupations with disdain owing to the parasitical values of caste thereby producing voluntary unemployment, the site of public sector jobs and higher education is a very privileged and a closely guarded one. The image of upper caste protestors mopping the roads with brooms in their hands when reservations for OBCs in public sector employment at the Centre were first announced in 1990, or when the same symbolism was replayed during the Mandal II agitations in 2008, is therefore a very telling one. In contrast, the thrust in lower caste articulations on reservation policy has been on adequate representation in power structures in order to play a more proactive role in decision-making. The policy of reservations has therefore been an out-and-out political issue and the categories of recognition have been understood as a means to legitimize and produce counter-hegemonic subaltern solidarities for the lower caste ideologues. If we look closely at Indian political economy then those who are really interested in unemployment and poverty the more promising issue is not really reservations but rather the democratization of the private sector and reduction of the huge gulf between the jobs in the organized and the unorganized sectors of the economy [See (Harriss-White 2005)].

Broadly, for the lower castes the key term thus far has been ‘power’. Even in terms of reservation policy political power has played a vital role in deciding which groups could be included or excluded.  Most policies have so far depended on the density of the political signals that the various constituencies have emitted.  So if Ajit Singh becomes powerful then it is a great possibility that ‘Jats’ may be included in the Central OBC list irrespective of their caste location. Similar anomalies have happened in Bihar where the upper-caste Muslim Mallicks were included in the BC list by Nitish Kumar government because his own constituency has a large population of the aforementioned caste group. If one scans the OBC lists then a number of ‘pseudo-communities’ could be discovered whose inclusion was probably informed less by policy guidelines than by political expediency. This is understandable and could be rectified through the political itself once the aggrieved constituencies politicize and start sending the required signals.

It is because of this factor that representation in political power acquires central importance for the excluded, especially the Mahadalits, MBCs and Pasmanda sections in contemporary India.  If we take the case of political representation of the pasmanda sections, then out of 7,500 members from the first to fourteenth Lok Sabha (lower house of the Parliament) only about 400 members belonged to the Muslim community. Out of these 400 Muslim members about 340 have been ashraf Muslims and only 60 have belonged to the pasmanda community (A. H. Ansari 2004). If the population of Muslims in India is 13.4% (Census 2001) then the population of ashraf Muslims is about 2.01% (15% of Muslim population) and the population of pasmanda muslims turns out to be 11.4% (85% of Muslim population). Hence, the representation of ashraf Muslims in Lok Sabha works out to be 4.5% that is way beyond their population percentage of 2.01%. On the contrary the representation of pasmanda muslims with a population of 11.4%   has been about 0.8% (less than 1 percent) in Lok Sabha. Quite clearly the ashrafs are not only adequately represented but rather are doubly represented and it is the pasmanda sections that turn out to be extremely underrepresented in political power. But numbers have their own logic in democratic politics and the very reasons which led to the downfall of the upper caste sections in political representation within the majority community will probably have their role to play in reconfiguring power differentials within the Muslim community too (Thakur 2011).

In this respect, the pasmanda sections have realized that it is almost impossible for them to flourish politically within the paternalistic gaze of ashrafiya politics and so by employing the principle of caste instead of religion they have strategically sought to forge a horizontal solidarity with the lower caste sections of other religious groups. Indeed, in order to ensure their access to political power they have placed great hopes in the articulation and sedimentation of the New Bloc (Mahadalit-MBC-Pasmanda). While the slogan of ‘dalit-pichda ek saman, Hindu ho ya Musalman’ is making revolutionary inroads in North India the major bahujan parties like SP and BSP and the left parties like the CPI-M have been lackadaisical in responding to the pasmanda demands so far. The only exception to this rule so far has been the JD (U) and probably the Congress is catching up fast though with its own peculiar twists and turns.

One big reason for the hesitation of the major political parties in listening to the pasmanda voices clearly is that most of the main Muslim advisors in various parties come from ashraf locations: Salman Khursheed and Rashid Alvi in the Congress, Mukhtar Abbas Naqvi and Syed Shahnawaz Hussain in BJP, Naseemuddin Siddiqui and Nawab Kazim Ali Khan in BSP, Azam Khan and Kamal Farooqui in SP, Tariq Anwar in NCP, Abdul Bari Siddiqui in RJD and so on and so forth. Apart from this the parties like the BSP and SP have in practical terms not really been able to move beyond the interests of a few caste groups at best and to their families and individual interests at worst.  This has been a major handicap that has rendered them inattentive to the brewing internal contradictions within the SC and OBC categories and has kept them away from taking cognisance of the emergence of the New Bloc seriously.  So, both the SP and BSP have preferred to pay lip-service to the ashraf demand of a separate Muslim quota. In this regard Mulayam Singh Yadav has really surpassed everyone by demanding an 18% quota for Muslims! While this is not possible without doing away with the 50% cap which, as we have seen, is a distant possibility at this point of time, it is also an unjust demand from the pasmanda vantage point. In short, both the SP and BSP rather than addressing the emerging internal contradictions within the OBC and SC category have sought the safer option of transcending them through conservative and outmoded political positions.

In this context the Congress has recently shown the farsightedness of taking cognisance of the New Bloc and has learnt useful lessons from JD-U’s victory in Bihar. The implementation of the 4.5% ‘Minority-OBC’ sub-quota at least affirms one thing—the acknowledgement of the caste contradiction within the minorities by the Congress Party and the difficulties of bringing the upper castes among minorities within the OBC quota. However, having said that this move is not guided by the concerns of social justice from the vantage point of the subaltern, rather it is guided by the electoral considerations from the vantage point of the powerful. The recent Congress move to implement 4.5% sub-quota in the Central OBC list and the subsequent promise of a 9% sub-quota for backward Muslims in UP once the Party comes to power, coupled with the anticipated reaction from the BJP (TNN 2012), is a calculated strategy to checkmate the regional formations like the BSP and SP in UP politics and reintroduce bipolar politics along the communal-secular axis. There are strong indications that apart from the sub-quota for OBC-Minorities it is also planning to introduce a separate sub-quota for MBC-Hindus (Jain 2012). In all likelihood if this model brings in the desired results it could try to replicate the same model in the SC category by chalking out separate sub-quotas for mahadalits and dalit-minorities. These are smart moves. While they put politicians like Mayawati and Mulayam Singh Yadav in a tight spot they also jeopardise the horizontal unity of the New Bloc by introducing the category of religion. Congress has historically used religious identity and communal forces for outsmarting the moves by the subaltern caste groups. Quite true to its tradition, while on the one hand it has acknowledged the relevance of Mahadalit-MBC-Pasmanda bloc through recent announcements and expects to gain politically out of them, on the other hand it has inserted ‘religion’ as a time-tested formula to tame and divide the assertion of the New Bloc. Obviously, in this game the mainstream bahujan parties of UP and the left parties like CPI-M have simply lost the plot by demanding a separate quota for all Muslims (PTI 2011). They simply failed to aggressively acknowledge the internal contradictions within the bahujan camp. The Congress has taken advantage of these failures and moved in. Even when it is apparent that its purposes are hegemonic and hardly emancipatory the tension that it has introduced within the bahujan camp should be seen as productive in the long run.

So far, as I have discussed above, the SP and BSP have not shown the imagination required to acknowledge the emergence of the New Bloc. Therefore, it should not be surprising if the Mahadalits, MBCs and the Pasmanda sections take a shift away from these parties. Since the Congress is the only party that has taken the initiative, howsoever problematic, the New Bloc has no other option but to engage critically and cautiously with it. As far as the pasmanda sections are concerned there is no reason for a complete rejection or outright celebration.  The obvious questions that the pasmanda activists need to pose to the Congress are—a) What is the proportion of pasmanda candidates in the list of total Muslim candidates that are contesting in UP elections?; b) Who represents the pasmanda interests within the party—Rahul Gandhi, Beni Prasad Varma or Salman Khursheed? Why is there no prominent pasmanda face in the Party? ; c) What is the Congress doing in terms of the demand of including dalit Muslims/Christians in the SC list by scrapping the Presidential Order, 1950 (Clause 3)? ; d) Why was the sub-quota for OBC-Minorities considered and not the Bihar Formula which even Justice Rajindar Sachar has recently supported (Manoj 2011)? ; and, of course, (e) How does 4.5% sub-quota increase, if not actually decrease, the representation of the OBC-Muslims from the 3% that they were already able to secure in the 27% OBC quota due to the competition from Sikh and Christian OBCs? These are important questions and must be posed now because Congress’ moves are part of a larger strategy where UP-2012 is just a testing ground and the real target is the Lok Sabha elections to be scheduled sometime in 2014.

Broadly, the New Bloc must keep its focus on gaining political power on its own strength. The recent ‘OBC Minority’ sub-quota by the Congress is a smart but paternalistic move that is aimed at obstructing the autonomous emergence of the New Bloc. More than the success of the Congress it marks the complete failure of Bahujan parties like the BSP and SP in addressing the internal contradictions within the bahujan camp. While Congress may get the political advantage of being the first mover but those who had imagined this New Bloc as a rupture that will unleash a wave of systemic and popular reforms have to continue the good work that they have been doing. The very social content of the Congress Party will restrict its uninhibited flight in a radical direction. It is here that the new and smaller parties that are addressing the New Bloc must strike and surprise the Congress in the long run.

TNN. “UP polls: BJP promises to do away with minority quota.” January 28, 2012. http://timesofindia.indiatimes.com/india/UP-polls-BJP-promises-to-do-away-with-minority-quota/articleshow/11656701.cms (accessed January 28, 2012). 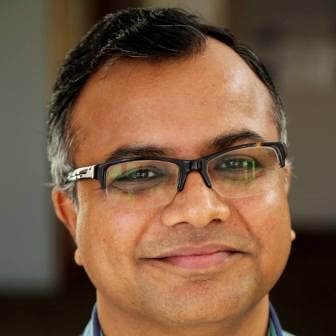 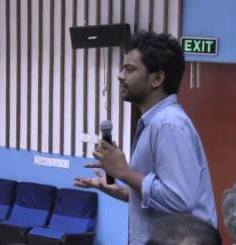 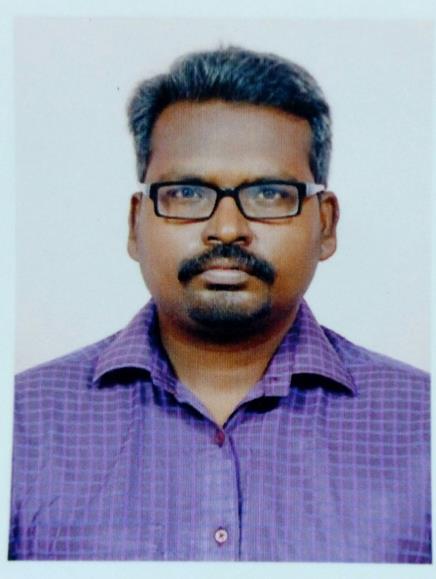