4.5% Sub-Quota for OBCs within Minorities: The ‘policy’ and ‘technical’ dimensions

Let me state right at the outset that the recent 4.5% sub-quota was not a demand raised by the pasmanda movement but rather is informed by the second recommendation of the Ranganath Mishra Report which is as follows: “[…] we recommend that since according to the Mandal Commission Report the minorities constitute 8.4 percent of the total OBC population, in the 27 percent OBC quota an 8.4 percent sub-quota should be earmarked for the minorities with an internal break-up of  6 percent for the Muslims (commensurate with their 73 percent share in the total minority population at the national level) and 2.4 percent for the other minorities […]” (Justice Ranganath Mishra 2007, 153). That is why the statement of the Minister of Minority Affairs in Lok Sabha on 28th December 2011 is misleading when it suggests that: “For several years, members of other backward classes belonging to religious minorities have been demanding that a separate quota should be earmarked for them out of the 27 percent reserved for OBCs” (Ministry of Minority Affairs 2011). Quite clearly this was never a pasmanda demand but is much closer to the second recommendation of the Ranganath Mishra Commission to be considered in case the first recommendation of a blanket 10% reservation for all Muslims faced any ‘insurmountable obstacles’! With this opening remark let me first of all examine the major objections to the sub-quota raised by various sections.

The first objection raised by many OBC groups is that this sub-quota is eating into the existing OBC quota and that such a provision should be made only after enlarging the overall OBC quota once the 50% cap on reservations is done away with (Correspondent 2011). This objection can be met by stating that in this sub-quota no new castes are being added to the existing OBC list rather the already listed OBCs belonging to minorities are being brought within a 4.5% sub-quota informed by differentiated levels of backwardness within the OBC category. Since the OBC quota belongs as much to the majority-OBCs as to the minority-OBCs the question of ‘eating up’ is an irrelevant objection. Further, there can be no principled objection to sub-quotas per se as there are already sub-quotas in place in many State OBC lists—Kerala has 8 sub-quotas, Andhra Pradesh and Karnataka have 5 each, Tamil Nadu and Bihar have 2 respectively. As far as the 50% cap on reservations is concerned it was articulated by the Balaji judgment (1963) of the Supreme Court and reiterated by the Mandal judgment in 1992. It is important to note what Dr. B. R. Ambedkar had said on this issue during the Constituent Assembly debates:

Supposing, for instance, we were to concede in full the demand of those communities who have not been so far employed in the public service to the fullest extent, what would really happen is, we shall be completely destroying the first proposition upon which we are all agreed, namely, that there shall be an equality of opportunity. Let me give an illustration. Supposing, for instance, reservations were made for a community or a collection of communities, the total of which came to something like 70 per cent of the total posts under the State and only 30 per cent are retained as the unreserved. Could anybody say that the reservation of 30 per cent as open to general competition would be satisfactory from the point of view of giving effect to the first principle, namely, that there shall be equality of opportunity? It cannot be in my judgment. Therefore the seats to be reserved, if the reservation is to be consistent with Sub-clause (1) of Article 10, must be confined to a minority of seats (cited in Reddy, 1992).

While 50% shall be the rule, it is necessary not to put out of consideration certain extraordinary situations inherent in the great diversity of this country and the people. It might happen that in far-flung and remote areas the population inhabiting those areas might, on account of their being out of the main stream of national life and in view of conditions peculiar to and characteristical to them, need to be treated in a different way, some relaxation in this strict rule may become imperative. In doing so, extreme caution is to be exercised and a special case made out. In this connection it is well to remember that the reservations under Article 16 (4) do not operate like a communal reservation. It may well happen that some members belonging to, say Scheduled Castes get selected in the open competition field on the basis of their own merit; they will not be counted against the quota reserved for Scheduled Castes; they will be treated as open competition candidates (Reddy 1992).

So, quite clearly the articulation of 50% cap on the quota has a strong conceptual foundation and in all likelihood will meet an adverse judicial review even if the legislature decides to do away with it through a Constitutional amendment. However, the only option of including it within the 9th Schedule and thereby exempting it from judicial review seems a very distant possibility in the present circumstances.

The second objection that has been prominently raised by the BJP is that it is a ‘communal’ or ‘religious’ quota and therefore it is unconstitutional. This objection can be met by stating that it is not a sub-quota for ‘Muslims’ alone but rather for the OBCs belonging to all minorities, especially the Muslims, Sikhs and Christians—in other words, this is a complex quota involving identities like ‘caste’, ‘religion’ and also ‘class’ because of the provision of creamy layer for the OBC quota introduced by the Mandal judgment. Besides, in the states of Karnataka (interestingly ruled by BJP at present) and Kerala sub-quotas for  ‘Muslims’ within the OBC quota have been in practise for long and no one has seriously challenged that thus far. What is more surprising is that in both Karnataka and Kerala even a few upper caste Muslim groups like Syeds, Pathans, Thangals, etc., who in all likelihood would qualify as ‘pseudo-communities’ (a term employed by the Mandal Judgment) are also included in the sub-quota for Muslims within the OBC category. But this is probably due to the invisibilization of caste and the lack of a caste-based political movement within South Indian Muslims in contrast to the situation in North India. However, sociologically speaking caste practises are very much alive within Muslims in South Indian states as well (D’Souza 1973). In the more recent case of Andhra Pradesh where a blanket 5% reservation for all Muslim groups was appropriately struck down by the Andhra High Court as being ‘unconstitutional’, it will be useful to recall that a revised sub-quota of 4% for lower caste Muslims was rejected by the Andhra High Court not because it was unconstitutional but because “[…] the methodology followed by the Backward Classes Commission to identify those who would benefit was unsustainable […] the court was not satisfied with the yardstick used to define 15 categories of Muslims as backward and said the BC Commission’s action was ‘mechanical and perfunctory’” (NDTV 2010). However, the Supreme Court later intervened and through an interim order had upheld the 4% quota for OBC-Muslims in Andhra Pradesh but also referred the matter to a Constitution Bench subsequently (PTI 2010). The matter is subjudice in the Supreme Court and the confusion will clear once the court takes a call on that.

The third objection often raised by many groups is regarding the quantum of the sub-quota: some feel it is less while the others feel it is probably on the higher side. It seems that the sub-quota has been calculated from the data provided by the Mandal Report. The Mandal Report had calculated the BC-Hindus to be about 43.7% of the total Indian population which amounted to 52% of the Hindu population (83.84% at that time). Applying this rule of thumb, since there was no data available on the OBC population within minorities, it calculated the OBC-Minority population as 8.4% (52% of total minority population of 16.16% then).  Hence, the total population of Hindu OBCs estimated by the Mandal Report was 43.7% and that of minority OBCs as 8.4% thereby taking the total OBC population roughly to 52%. Now in order to stay within the 50% cap the population of 52% OBCs was granted 27% quota. If we go by this logic then 4.5% sub-quota for OBC-minorities seems quite adequate in arithmetic terms. However, according to P. S. Krishnan this seems to be on the lower side. As per his calculations the OBC-Minorities should be entitled to a 6.75% sub-quota, out of which Muslim-OBCs alone have a legitimate claim of about 5.5% (Krishnan 2012).

In the light of the above discussion most of the objections to the 4.5% sub-quota do not seem to be very sound ones from a technical point of view. However, many pasmanda activists also seem to be very sceptical with regard to the expected results and benefits from the sub-quota. Largely because they feel the OBC Muslims will face a real competition from the Sikh-OBCs (around 1.2% population) and the Christian-OBCs (around 1.4% population), especially the latter because of a strong tradition of education due to the intervention of the Church amongst them. So, if Rashid Alvi, the Congress spokesperson, suggested that OBC Muslims (about 11% population) were already able to corner about 3% benefits from the existing scheme of 27% OBC quota (Jha 2011), then one is not sure if there is going to be any significant improvement beyond 3% due to the 4.5% sub-quota if one takes into account the competition from other OBC-Minorities (Jha 2011). In fact, one should not be very surprised if the actual representation goes below the 3% that the OBC-Muslims were already able to corner within the 27% OBC quota. But one can only wait and take a call on that once the initial results start pouring in after the sub-quota is implemented.

To be continued. Please read Part II of this paper here and Part IV here.

Correspondent. “Opposition builds up on UP ‘quota within quota’.” December 20, 2011. http://www.asianage.com/india/opposition-builds-quota-within-quota-530 (accessed January 24, 2012).

D’Souza, Victor S. “Status Groups among the Moplahs on the South-West Coast of India.” In Caste and Social Stratification among the Muslims, edited by Imtiaz Ahmad, 45-60. Delhi: Manohar Book Service, 1973. 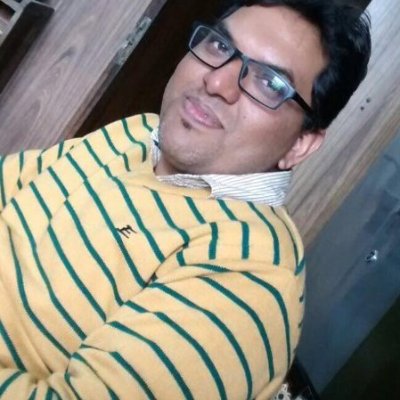