On the 3rd of May, a young adivasi girl (Madi*) from the Bettakurumba tribe was sexually assaulted by a guard working in the Forest Department. Madi lives in a village inside the Mudumalai Tiger Reserve in the Nilgiris district of Tamil Nadu.

In the past, the Forest Department has been the single largest threat to the adivasis living in the forest. They routinely harass those who inhabit their ancestral lands. Officials beat and threaten to imprison tribals who collect fire wood and honey despite the Forest Rights Act (2006) which assures them these rights. Given the situation, fewer and fewer adivasi women venture into the forest. Madi’s story is just one more example of the vulnerability of adivasi women at the hands of the state and its functionaries.

Madi was working at a local PDS shop inside the forest as a shop attendant, where a forest guard illegally ran a business of selling his items to customers of the ration shop. On the pretext of discussing work he insisted she come to his house to discuss something urgent. When she arrived at his house, she realized that he was the only one there. Subsequently she was sexually assaulted by him before she was able to scream for help. Even after she was released by him and returned home, she continued to receive unwarranted phone calls from him.

Madi travelled for 3 hours with her father to Ooty, the district headquarters, to report the case to the District Collector P. Sekhar. The Collector passed her on to the Superintendent of Police (name?) who passed the matter to the women’s cell at the local police station in Gudalur. When she finally got to the police station she was told that it was too late and since no investigation could be conducted in the night she should return the next morning to submit her complaint.

In the course of the next few days, she met the Superintendent of Police to register her case under the SC/ST (Prevention of Atrocities) Rules, 1995. The SP asked Madi how she could prove that this happened to her because she was a tribal woman. This shows the criminalisation of adivasi women by casting doubts over their credibility even when a crime is committed against them. The police is also in violation of the SC/ST POA for wilfull neglect of duty.

The Scheduled Castes and Scheduled Tribes (Prevention of Atrocities) Act was instituted for precisely these cases. Further the Bettakurumbas have been classified as a Particluarly Vulnerable Group (PVG) among Scheduled Tribes in the county. Despite existing provisions to counter violence, the law recognises the particular vulnerability of adivasis who are faced with the violence inflicted by powerful institutions like the forest department and police force.

The perpetrator, the forest guard, made his escape as soon as the FIR was filed. After 10 days of inaction on the part of the police and the forest department, he returned having arranged for anticipatory bail. He now continues to work close to Madi’s village with no consequences from the Department at all. Incidentally the same guard was accused of assaulting another adivasi a few years ago. Several petitions and protests later, he now works in a different part of the forest, free and safe.

The forest Department has made it clear in more ways than one that they are not with Madi in her struggle. They have tried bribing her lawyer on several ocassions and intimidated others in her village to prompt her to withdraw the case. Many adivasis in her village depend on the forest department for employment. Madi’s own brother is employed by the department. The location of the village, near the ranger’s office, makes them even more susceptible to routine intimidation by officials.

Madi is a strong, young, adivasi woman who has chosen to stand up against violence. Suresh, a Bettakurumba leader recognizes this when he says, “Madi is the first Bettakurumba woman who has filed such a case and we must stand by her”. The Adivasi Munnetra Sangam, an adivasi people’s organisation in the Gudalur valley is supporting Madi through her struggle. The Sangam is planning a demonstration to protest the atrocities that adivasi women continuously face. Madi and the Sangam stand against the Forest Department, Police Department and the State Machinery in their fight for justice.

This is not the first time the Forest Department has used their position of power to violate an adivasi woman’s dignity and freedom. It is unlikely to be the last, especially in the light of complete inaction by the authorities. And so they continue to violate without fear of consequences. Even stringent laws seem inadequate in the face of the local power dynamics between the forest department and the adivasis.

Over the last two years the country has been reeling under the weight of horrifiying news about rapes and other forms of violence against women. Yet cases of violence against adivasi and dalit women receive little or no media attention. Candle light vigils, public outrage and uproar remain reserved only for a privileged few. It seems like some forms of violence have been completely normalized, as if they were nothing but routine.

Madi is fighting back. Her fight is for all adivasi women who, despite the odds, have decided to speak out bravely against the violence inflicted upon them.

Priyashri Mani is working with the Adivasis in the Nilgiris. 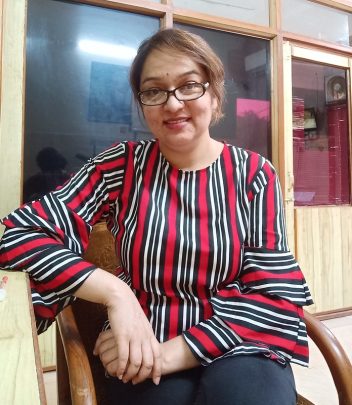