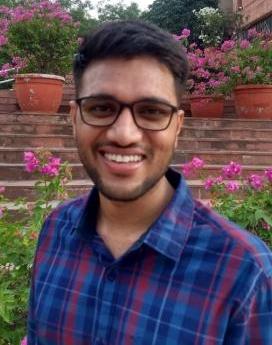 We very often hear about the deaths of manual scavengers on the internet. We mainly read about their deaths but not about the regular discrimination and exclusion practised against them because the media reports on their deaths but not on their daily life of subjugation and pain. In every report, we find that they are dying as they enter into manholes, septic tanks, or any sewerage structure to clean other people’s shit and in this process, they inhale some poisonous gases which cause their death. All of them who die are from a particular caste group called Dalits because they are the ones who clean all kinds of waste in Indian society.

What is Manual Scavenging?

Manual Scavenging is made of two words: first, manual which means ‘of, relating to, or involving the hands’; and second, scavenging which means to remove or clean away dirt, refuse, etc. from an area (Merriam Webster). In simple words, we can say that manual scavenging is the work of cleaning human waste or any refuse by hand or manually without machinery. Cleaning is an integral part of a healthy society but how about the cleaners who clean and make society a healthy space? They are called as polluted or filthy and nobody wants to touch them; and they even maintain a distance from them everywhere. This treatment of the cleaners is inhuman as they are treated even worse than the refuse itself.

Unlike in India, everywhere else in the world, this work is not hereditary or socially assigned to a particular group of the society for centuries. Here, the practice of manual scavenging reflects the unique social structure of caste. It is the caste system that decides one’s occupation or livelihood on the basis of an individual’s birth in a particular family. Does anybody hear about the death of a single Brahmin while cleaning other people’s shit? I am sure that nobody hears this because this has not occurred. A British anthropologist Mary Douglas in her book Purity and Danger: An Analysis of Concepts of Pollution and Taboo argues that anything which is out of the system is called polluted because it is not accepted inside the system. This proposition of pollution seems to be contradictory to Indian social structure, where the social structure itself is declaring who should clean the waste of society because of his/her birth in a particular caste. So, in this case, they are within the system abiding by what the structure has imposed on them but still, they are considered polluted. So, cleaning work, or manual scavenging in particular, in India is unique because it is based on birth.

There are broadly two categories of manual scavenging in which we can divide the first one is dry cleaning or cleaning of dry latrines which needs to collect the shit from households and community toilets and then dispose of it somewhere else and the second is wet cleaning or cleaning of water-based toilets which are considered as modern and in this system one has to enter the container of shit (septic tanks) or sewerage lines to clear out the shit or any blockage. The former is exclusively done by Dalit women and the latter is carried out by Dalit men. It is not that dry latrines is gone away fully and everybody adopted the water-based toilets but it can be noticed that today dry latrines have been replaced by water-based latrines in most of India, at least in the cities. The only change that occurred in this regard is that the structure and functioning of the latrine have changed and modernized which has changed the nature of work but not the workers as they are still coming from the same caste group and their pain and condition are still same. They are still facing the same kind of discrimination and exclusion in a new way. Participation of women was changed by men as the nature of work changed but both of them are from the same caste group or from the same family, whose mothers were cleaning dry latrines at that time, now, their sons are entering into manholes and tanks to clear out the shit. So, only the nature of work has changed but not workers and their situation in society.

The people of society who regularly interact with manual scavengers have been talking about how the social reality around manual scavengers is constructed through social conditioning. As also noted by Mohd. Shahid in his work ‘Manual Scavenging; Issues of Caste, Culture, and Violence’, they have reflected on social conditioning and of the ostracization of manual scavengers by people of other castes. Shahid found some common arguments: people of other castes people tell the manual scavengers that you are fit for only this work, you do not have skills to do other work than cleaning, cleaning does not requires skills, cleaning is a easy way to earn money, etc. Even the so-called Mahatma of this country, Gandhi had played a role in this social conditioning by glorifying manual scavenging in order to maintain the status quo of this practice. Gandhi in his article called The Ideal Bhangi, which was published in Harijan (1936), argued in the first paragraph that “A Bhangi does for society what a mother does for her baby. A mother washes her baby off the dirt and insures his health. Even so the Bhangi protects and safeguards the health of the entire community by maintaining sanitation for it.” One can see how the upper caste mind works: they do not argue that why should anyone or particularly only one group of society clean society’s shit for centuries? They do no pose the question: why is it a birth-based occupation or why should not people from every caste or group clean others’ shit? They do not argue even on humanitarian grounds that manual scavenging should be abolished and no one should clean others’ shit.

Everyday remarks by people of other castes on, and their treatment of, the manual scavengers plays a significant part in their social conditioning which results in the construction of a certain social reality around manual scavengers. And this social reality which is external to them builds a compulsive environment and this is how they are remain stuck in cleaning work, over generations.

Nishant Kumar Dongre has completed his MA in Sociology from Jawaharlal Nehru University, Delhi in 2021. 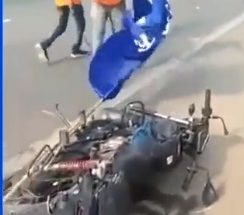 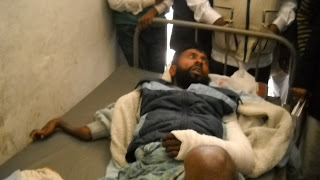