The so-called famous youth leader Kanhaiya Kumar got his fame from the 9th February 2016 incidence of JNU. He was the then president of JNUSU. In 2016 it was said that the innocent Kanhaiya has been forcefully dragged into fabricated controversies and the left-liberal media showed a sympathetic attitude towards him. The very incident led him to the larger politics of India and he became a spokesperson of JNU. He was invited on several platforms and labelled by the media as a good orator and a future leader.

Followed by these incidents of JNU, the JNUSU leader popularised ‘Azadi ke slogans’ and sat with BJP leaders to debate on several issues. A rather different approach was taken by media towards the others who were accused, particularly Umar Khalid who remains until now a major target for the right-wing forces. What makes the difference between Kumar and Khalid is their different identities. Kumar is a Hindu and he belongs to the upper caste Bhumihar community; on the other hand, Khalid is a Muslim, a major target since the incident, as mentioned earlier. On several occasions, Kumar used to withdraw his identity but the Begusarai election made it clear that he is aligning with his upper-caste identity. His major opposition was Giriraj Singh who himself belongs to Kanhaiya Kumar’s Bhumihar caste and they both fought on the land that was known for Bhumihar politics. It is the space and land which makes the real difference. JNU was largely shadowed by Ambedkarite politics in 2015-16 and the suicide of the University of Hyderabad student Rohith Vemula was used by Kanhaiya Kumar politically. He engaged with issues about the marginal and downtrodden society. Here, he became a flagbearer of marginal issues and his media portrayal became ‘casteless’. The appropriation of Dalit, marginal, OBC politics by the upper-caste Kanhaiya Kumar was so high that, at that time it was very obvious to think about the deceptive nature of upper caste politics, both in India and in JNU.

The unscrupulous politics of Brahmanwadi media

Though every upper caste media had given importance to Kanhaiya Kumar, but it was the ‘liberal’ journalist Ravish Kumar from NDTV who paid special  attention to Kanhaiya. When the issue of JNU was going on, Ravish Kumar stood his ground and firmly defended Kanhaiya Kumar. In the 2019 election, it was said that Begusarai had become a hot seat because Kanhaiya Kumar was contesting elections from that particular constituency. Ravish Kumar went to Begusarai and took 2-3 long interviews. In his reporting, he said that he was shocked to see Kanhaiya Kumar’s dilapidated home. He had given special focus on the occupation of Kanhaiya’s mother who is an Anganwadi worker and his brother’s occupation as a guard. Ravish Kumar portrayed Kanhaiya Kumar in terms of class as a ‘poor candidate’ and said Kumar’s contesting of election is a unique effort in Indian politics, because it is supposedly free of money and muscle power. He eulogised Kanhaiya as an icon of all marginalised people.

Ravish Kumar, who is himself an upper caste man from Bihar, placed Kanhaiya Kumar in a safe position and ignored the issue of upper-caste privilege which played a pivotal role in Kumar’s politics. He safely skipped the issue which is the support of Bhumihars for Kanhaiya Kumar and the social position of his caste in Bihar. He did not ask any question about the historical, social and political privilege of Kumar’s Bhumihar caste which he was enjoying in the Begusarai election. We cannot find any analysis of Ravish Kumar which tells us that Kanhaiya got his advantage because of his upper-caste Bhumihar identity. Like all the so-called liberals, Kanhaiya became ‘casteless’ but did all Bhumihars consider him as a person without caste?

On 28th September 2021, Kanhaiya Kumar joined the Congress party and the NDTV report mentioned him as a student leader and on the other side, Jignesh Mevani as a Gujarat Dalit leader. Here the channel categorizes Mevani as a regional leader who belongs to the Dalit community, though he is a sitting MLA from Gujarat, and when it comes to Kanhaiya the report termed him as a student leader ignoring his privileged Bhumihar caste identity which makes him casteless again.

In the 2019 Lok Sabha election, we have seen Kanhaiya was portrayed as the leader of the masses and the flag-bearer of social justice. The left intellectuals and the journalists conveyed to the people that people like Kanhaiya Kumar are important for Indian politics. Kanhaiya was also praised for contesting the election from the Communist Party of India; also that he had taken advantage of his political fame while being aware of his routes and gave a new life to the Communist Party of India. In the particular election, Kanhaiya Kumar said that he was fighting for roti and rojgar. Like most of the upper caste leaders, he simply forgot the issue of casteism in Bihar, and atrocities on Bahujans done by upper castes including his community. Instead of posing questions to himself, he just focused on demanding answers from Modi.

On 28th September he was no more a communist, he became a follower of Gandhi. In his speech, he spoke about and praised Gandhi and praised Gandhi for unifying India several times. Alhough, for the sake of formality he mentioned Ambedkar and Bhagat Singh, it seems like Kanhaiya is indeed a Gandhian finally.

After joining Congress, Kanhaiya said that the working speed of CPI is slow, which made him join Congress. We cannot exactly predict what Kanhaiya Kumar will bring new to the Congress, but we are hoping that he will not harm it much because we have seen discontent towards Kanhaiya among its leaders. With Kanhaiya Kumar quiting the CPI, CPI should think about their thin ideologies and their shaky leadership.We can say that despite his alleged class position, Kanhaiya Kumar he has dervied the full benefit of being an upper caste Bhumihar leader which made his political journey comparatively smooth, unlike the attempts of other marginal leaders.

Vikash Kumar is a Dalit research scholar of Centre for Historical Studies, JNU.

Ritu is an OBC research scholar from Department of History, University of Delhi. 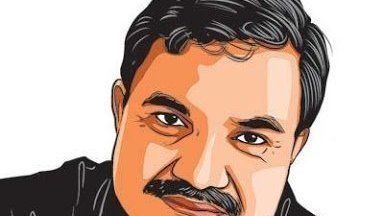 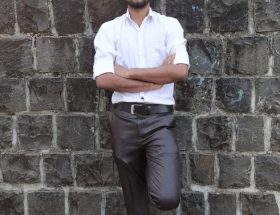