The story of Sunil Yadav is an inspiring one for not only Dalits but everyone. He is a first generation literate from the Scheduled Caste community in Maharashtra who had joined as a conservancy worker in the Brihanmumbai Municipal Corporation (BMC), Mumbai. He joined soon after the death of his father in 2005 as class -VI employee. Being the sole breadwinner of the six member family, despite all the hardships, he managed to complete a double masters and diploma in social work and mass communication while he was working. Today he is a MA Globalisation and Labour student of Tata Institute of Social Sciences (TISS), Mumbai and also holds an offer to go for an exchange progamme to University of Witwatersrand, Johannesburg in South Africa.

Now here comes the BMC – he had applied for study leave as he got admitted in TISS; its been nine months now, BMC has not been taken any action on his application. He attended the classes during the day and worked at night. When there was no response on his leave application, Sunil field an RTI asking who is eligible for a sabbatical. He was told by the Public Information Officer of the D Ward of BMC that, a Safai Karmachari is not eligible to get study leave. According to the service rules of BMC, any employee is eligible for study leave if the course is going to be helpful for the development of the employee. This is the first time in the history of Brihanmumbai Municipal Corporation that a Safai Karmachari is seeking a study leave.

There are about 40,000 class -IV workers in the BMC, almost all of them do jobs like sweeping and cleaning manholes; interestingly most of them hail from particular Dalit castes. They join as class-IV employees and remain in the same designation until their retirement. They never get opportunity to educat themselves and make their careers better; they all have to spend their entire service life as Safai Karmacharis. Since this particular work is been done by people who belong to some particular castes, the issue never got media or public attention.

When news about Sunil Yadav appeared in the media, the Prime Minister’s Office had told the National Commission for Scheduled Castes  (NCSC) to intervene in the case. The National Commission for Scheduled Castes had called for a hearing on 11th February, Monday, in Mumbai where BMC commissioner and assistant commissioner were present. After the detailed hearing of the four member National SC Commission, BMC was told to sanction his leave application within seven days from 11th, otherwise BMC will be charged under the Prevention of Atrocities Act. The BMC commissioner and assistant commissioner who were present at the hearing had also accepted it.

About twenty five of Sunil’s friends from TISS were also present at the hearing in the Sahyadri Guest house, Malabar Hill, in solidarity with their friend. But it has been more than ten days now, neither National SC Commission has charged BMC under the Atrocities Act nor has Sunil received any communication regarding the leave sanction from the BMC authorities. Now he is waiting for the next hearing of the commission on 28th Thursday at Mumbai to see how they are going to deal with his case. His leave application has to be sanctioned to complete the Masters progarmme as well as to go Johannesburg.

The long delay to give a reply to his application and the careless dealing of his case clearly indicate the casteist attitude of the Brihanmumbai Municipal Corporation authorities, a civic body, and their discriminatory treatment of the Safai Karmacharis. The issue of a Safai Karmachari (who belongs to the Dalit community) is not an important concern even when the Prime Minister’s office and the National SC Commission have intervened in the issue and given a deadline to take action.

Ajmal Khan is a student of Tata Institute of Social Sciences, Mumbai. 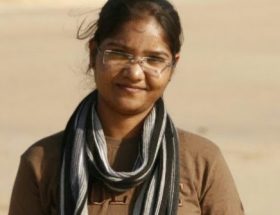 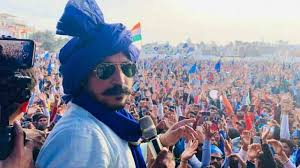