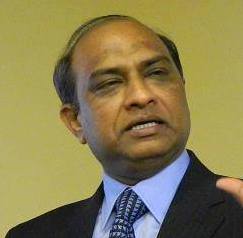 BJP is very, very weak in Delhi elections? This can be proved on the basis of the fact that it has inducted individuals who do not have any party experience and who have crossed over from other political parties. Kiran Bedi has no political experience. However she has been declared as CM candidate in place of seasoned BJP functionary Harsh Vardhan. Vinod Kumar Binny had contested elections of Delhi in 2013 from AAP and was thrown out from AAP has been given BJP ticket to contest again in this Vidhan Sabha election. Krishna Tirath, a former Congress Central Minister who lost MP election, is contesting on BJP ticket.

What is happening? Where is ideology of BJP – CHAL aur CHARITRA, both have changed. There is no ideology, there is no morality and there is no discipline in the party. This is the character of our leading national party. Your means also define your goals. What will happen to our nation?

Ideology aside, even Individual has been sidelined. Mr. Modi, the star BJP campaigner who is being credited with the full victory for BJP in Haryana, Jharkhand and partial victory in Maharashtra, Jammu & Kashmir and UP, Bihar in by-elections, is not putting his might in Delhi as he had invested in other states. Why? He participated in 23 rallies in Maharashtra for winning against a discredited Congress and NCP government. Similarly, he campaigned in other states where Congress, JMM, and National Conference governments, respectively, were facing heavy anti-incumbency. Hooda government was also declared corrupt. It was easy for Mr. Modi to campaign against these governments and leaders. However, this is not the case in Delhi. In fact Delhi voters have already punished Congress government led by Shiela Dixit in state elections in December 2013 and then in the Central election in May 2014.

Now Mr. Modi cannot exploit anti-Congress sentiments any more in Delhi. He cannot criticize Ma-Beta (Mother-Son) any more for the ills of Delhi because for 7 months it is BJP government which is ruling in the Centre. He cannot ask for Congress Mukt (free) Delhi either. On the other hand, in Delhi Municipal corporation and Delhi Cantonment board it was BJP which was in power. So, Mr. Modi doesn’t have any strong agenda to motivate voters in Delhi elections. Therefore he has decided not to address rallies and campaign in Delhi with full vigor. BJP has also decided not to make these Delhi elections a fight between him and others. BJP is afraid that if BJP looses then Modi’s image will take a denting.