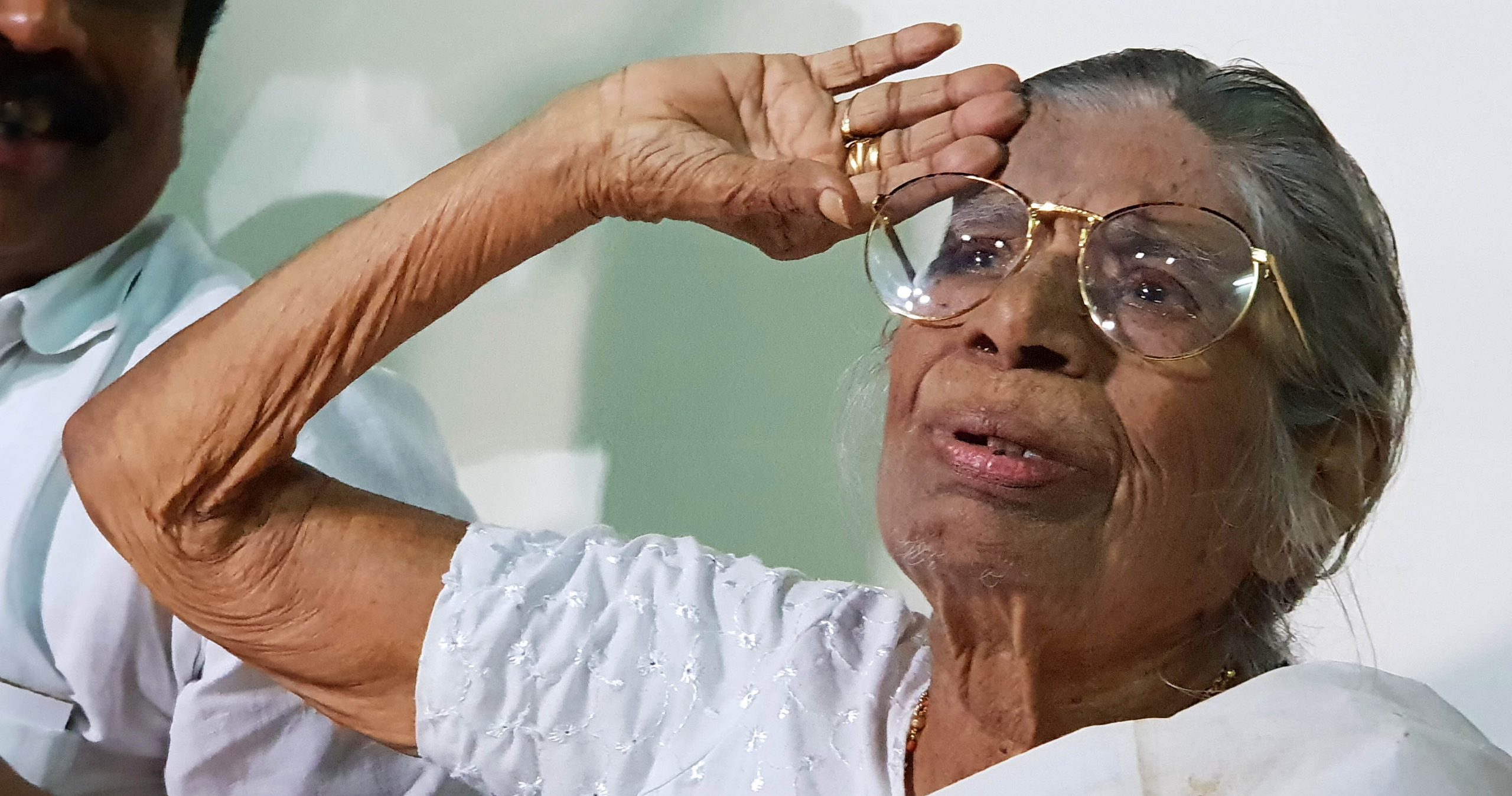 It has been the fate of every radical social and political activist in history from Jesus to Ambedkar to Malik el-Shabbazz to be mistreated by their peers during their lifetime and to be celebrated and coopted by entrenched hegemons – be it the deep state or the deep caste – across ideologies. Kalathilparambil Raman Gouriamma, popularly known as K. R. Gouriamma, who passed away at the ripe old age of 101 on 11th May, 2021, was to be no different.

While obituaries in the mainstream media – including from people with left proclivities celebrate her at death as the best Chief Minister that Kerala never had, her life is a testimony of the entrenched misogyny and casteism of the Kerala social-polity. Though, landed aristocracy, she was born in a Ezhava household in the present Alappuzha district of Kerala. She was the first woman law graduate from the Ezhava community and entered the male dominated world of politics early on in life.

She started her political journey through trade union and peasant movements, being jailed often for her activities. In her own words, expressing the brutalities that she faced from the state, she is supposed to have said, that if police lathis had the power of impregnating, she would have conceived multiple times. She ventured into electoral politics entering the Travancore Legislative Assembly in 1952. She became the first revenue minister for the newly formed state of Kerala in the second democratically elected communist government in the world after San Marino and the first in India. For a cabinet that came to power with the backing a bahujan/peasant vanguard, it was overwhelmingly savarna male, except for Gouriamma, who was also the only woman and P. K. Chathan Master (who unsurprisingly was given the charge of local self-governance and “harijan” affairs) was the only Dalit. She pioneered the Kerala Land Reforms law, for which her government was dismissed in the first instance, only to bring it back in her next innings as the Revenue Minister.

Gouriamma’s life is essentially the glass ceiling for women, particularly bahujan women in Kerala politics. Among the people singing paeans for her at her death, the first people who despised her and publicly slurred her for her caste and gender was the present dispensation known as the United Democratic Front – particularly the Congress and the Indian Union Muslim League, in their infamous ‘vimochana samaram’ (liberation struggle) to rid Kerala of Godless communists. Apart from what they perceived as an easy target given her identity location, she also had irked them with the land reforms bill.

In mistreating her, her party was also not far behind. Despite having been the second most important minister in successive governments and her experience as the longest serving minister, chief ministership was always refused to her in favour of savarna men, even when the left democratic front won elections projecting her as the chief ministerial candidate in 1987. Her relationship with the party strained, and perceiving her as a potential political threat, she was disgracefully demoted from the National Committee to Alappuzha District committee. Her protests against this injustice were conveniently dubbed anti-party activities and she was finally expelled from the party.

Not one to take political adversity lying down, she founded the Janathiyapathya Samrakshana Samiti (JSS) and its political victory was testimony to the personal goodwill and popularity that Gouriamma enjoyed. But, in essence the Kerala caste-patriarchy had won the day effectively ruling out any chance of her taking the reins of the Kerala government despite her proven record of efficiency in government and political acumen.

It is also telling that only after the stranglehold of savarna leadership of CPM in Kerala loosened and with the ascendancy of two other Ezhavas, namely V. S. Achuthanandan and Pinarayi Vijayan that the party started acknowledging her contribution to the evolution of the Kerala polity and relationship thawed with the comrade.

Not only at the political front, but in popular culture also, savarna Kerala’s attitude towards Gouriamma was dictated by misogynist patriarchy. Unlike her male colleagues in the communist movement, her romantic and marital life with T.V. Thomas was always subject of rumours, speculation, calumny and microscopic inspection. Her love affair, marriage, estrangement and Thomas’ death all were subjected to scrutiny. The commercially popular movie “Lal Salaam” directed by Venu Nagavalli has two characters ostensibly based on Gouriamma and T. V. Thomas. The character depicting Gouriamma is portrayed as a power crazy, insensitive and arrogant savarna woman, who rocks her marriage because of her unwillingness to forgive her husband’s unfortunate accidental extra-marital sexual venture! Even at death, Kerala’s misogynist caste exhibited itself with a prominent mainstream media refusing initially to refer to her as Gouri”amma” ostensibly because that wasn’t part of her official name!

That all her past detractors are falling over each other celebrating her life at her death proves the adage coined by Alexandre Dumas that “Nothing Succeeds like Success” and is evidence of the credibility of the legacy that Gouriamma leaves behind and the bitter truth that Kerala’s misogynist casteism cost the state a potentially great chief minister! 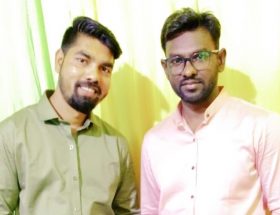 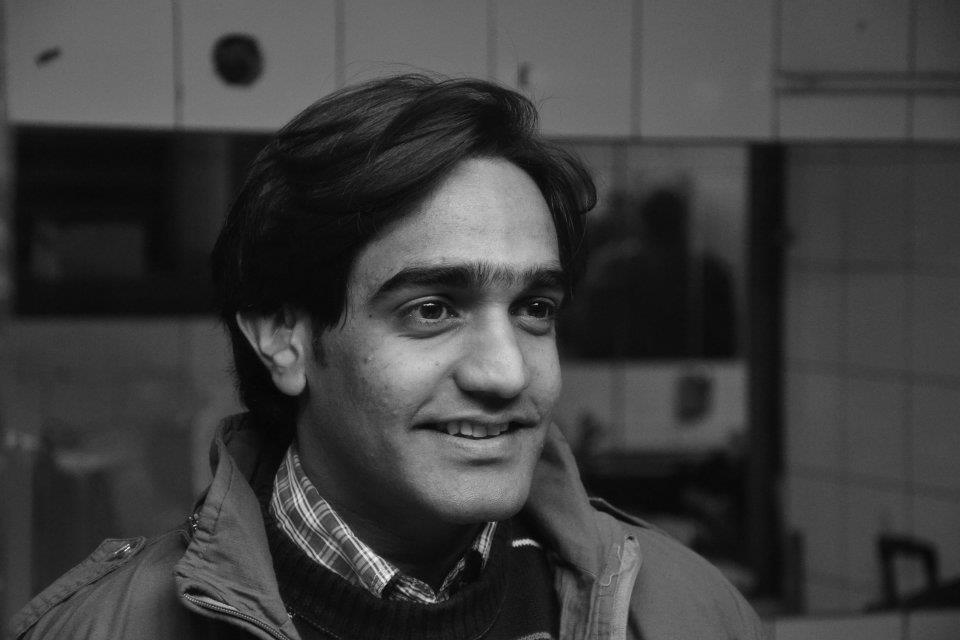