Please sign (inserting your name etc in the brackets) this appeal to the Prime Minister of India to include Pali, the ancient language, in the 8th Schedule of the Constitution by going to this site.

Letter to Hon. Prime Minister of India For Inclusion of Pali, ancient Indian language, in Constitution of India

Myself {NAME} from {CITY} urging for following request.

Pali is one of the ancient languages in India. Buddha had chosen Pali language for his teachings since it was the “common man’s” language. Buddha’s era was 600 BC. That means Pali language is very ancient and has at least 2500 years of history. Buddha’s teachings are in rich classical Pali language. Any language reaches to that classical level, does exist and used in day-to-day communications around 500 years before it reach to classical stage. In this context, we can state that Pali has around 3000 years of history!

In around 300 BC Samrat Ashoka scripted the Buddha’s teaching in manuscripts. The manuscripts of Emperor Ashoka are in Pali language written in Brahmi and Kharoshti scripts that are largely found from Kandahar (Afghanistan) to Andhra Pradesh and Saurashtra, Pakistan to Odisha. This gives us the magnitude of Pali speaking region in India and in Asia. Pali, in some regions, also known as Magadhi since it was the language of Magadh Empire. (Reference: History of Pali Literature, by B.C.Law)

After 3rd Sangitee (Buddhist way of conference) the collection of Buddha’s thoughts were started and then its get sorted. In 4th Sangitee (29 BC) in Sri Lanka, the thoughts of Buddha were scripted/written in Pali language. (Reference: Saddhammasangaho, by Dhammakitti)

The above Pali facts focuses that Pali has around 3000 years of history. There is a view, that Sanskrit and Pali are the ancient languages in India and derived from one parent language. That means the root of Pali and Sanskrit languages is same. One thought is also there, which says that Pali language had its own writing script (LIPI)! (Reference: Elementary Pali Course, by Narada)

1. The empire of Samrat Ashoka was wide spread. His empire included today’s countries like Pakistan, Afghanistan, Nepal, Bhutan, Bangladesh, Myanmar and Sri Lanka. All these countries are India’s neighbour countries. To keep peace and harmony in Indian sub-continent, Pali and Buddhism is the best way to go!

2. Buddhism was spreaded in Indian sub-continent and other countries in Asia, Europe, East and Middle East. Pali is the main mediator between India and these countries/regions.

3. One of the principles of foreign policy of India is to maintain good relations with neighbour countries. So that India will not need to spend good amount of money, efforts in making/developing weapons, artillery. Thus India (and its neighbour countries too) can focus on radical development of their countries.

4. Buddhism teaches us Metta Bhavana (loving kindness) which will really help in eliminating the war situations in neighbour countries.

1. Buddhism is the most respected way of living life in the world. Buddhism has its root in India. Pali was the main language of Buddhism. Thus India need to promote Pali and Buddhism to improve its international relations with other countries.

2. Because of Buddhism and Pali language, all Buddhist countries can be in favor of India in its critical situations. And India can approach other non-Buddhist countries by promoting education in Pali and Buddhism.

Pali, Buddhism and Tourism of India

In India there are no specific norms to declare any Indian language as classical. In general, the world states any language as a classical language on following basis:

If we look at the above general norms of classic language, Pali does satisfy all the norms.

Hence we have to declare Pali as a classical language. There is no reason to deny this fact.

Include Pali Language in 8th Schedule of the Constitution of India

Based on the above facts, we hereby appeal to Hon. President of India, Hon. Prime Minister of India and all members of the Parliament of India (both Loksabha and Rajyasabha) to have discussion, debate over inclusion of Pali language in 8th Schedule of the Constitution of India.

Let’s have discussion with scholars and intellectuals in various universities and Pali language and Buddhist study centres all over India.

With the hope of positive outcomes,

A copy of this appeal has been forwarded to: 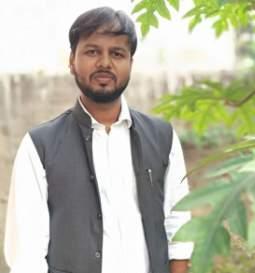 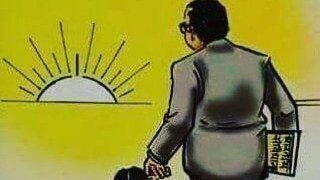