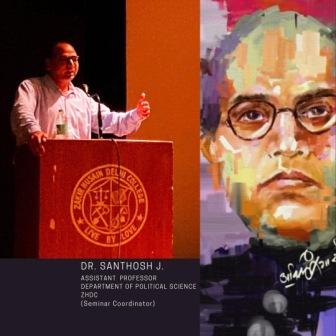 The controversial EWS quota for the savarna people is not true to the Constitutional spirit. The constitution guarantees justice to the socially discriminated groups and to ensure their adequate representation in the administration and educational institutions so that they can be made part of social life of the country by providing reservations to them. But the EWS reservation does not address any such concerns. It goes against the principles of removing the social discrimination and assurance of broad representation. On both these counts, the savarnas fail to meet the required criteria. Rather, the savarnas are over-represented in the administration and educational institutions. Recent surveys and the everyday attacks on socially marginalised sections and practice of untouchability shows that the savarnas are at the top. Therefore, providing them reservations is just another way of encouraging them in their anti-constitutional attitudes and practices.

The way this particular bill regarding EWS quota in the form of 103rd Constitutional amendment was brought to the parliament was also not in the spirit of good parliamentary procedures. It was rushed through with haste and urgency before the 2019 Lok Sabha elections, clearly showing that the ruling political party (BJP) was more interested in appeasing the savarna voters than following the procedures of the parliament and with proper debate. If any member demanded it, the Bill should have been sent to the select committee.

This quota not only disregarded the established parliamentary procedures but also came out to be anti-constitutional and therefore was bound to be challenged in the courts. Here, again the Supreme court, with all due respect and regard, side-lined the bunch of petitions filed by various groups of citizens. From the period of 2019 to 2022, not only EWS quota but various other constitutional issues didn’t receive the Supreme Court’s attention that they deserved. But if one wants to know what sort of issues the court addressed, one would be highly surprised to know that there were some really non-serious issues such as cricket etc.

It’s only recently in September (2022) that the highest court of the country and the interpreter of the constitution began its hearing. And interestingly the court listed out three points for their consideration which are to be discussed as part of their hearing initiated on 13th September this year. The five-judge Bench is headed by chief justice of India U.U Lalit, and comprises Justices S. Ravindra Bhat, Dinesh Maheshwari, S.B. Pardiwala and Bela Trivedi.

1. Whether the amendment presented breaches the Basic Structure or not by permitting the State to make special provisions, including reservation, based on economic criteria: this is a very simple and clear case of violating the constitution.  The state needs to understand that the original purpose of special provisions like reservation isn’t poverty reduction. However, as the government argues that they are bounded by the Directive Principles of State Policy (DPSP), which proves to be a valid reason, but what’s not acceptable is their ignorance towards the actual concept of reservations. And the way they are addressing economic issues. They should be providing bank loans, subsidies and fee concessions etc., and investigating about the reasons why there are poor among the savarnas. The history and politics of the country shows that the State even at the time of the Mughals and the British was never hostile towards the savarnas and their interests. Therefore, all through history, the savarnas were always over-represented in all the administrative, educational and political positions. The state should have conducted a proper study in order to find out their population percentage and socio-economic conditions before passing this quota. If their population turns out to be just around 7-8% of country’s population but they are still being offered a 10% quota? It is a clear-cut case of the misuse of political majority of the ruling party at the union level. Or maybe the State is willing to tell its citizens that their political ideology has more importance than the constitution itself?

2) Whether the amendment violates the Basic Structure by allowing the State to make special provisions in relation to admissions to private unaided institutions. Again, this showcases the government’s disregard for the constitution’s principles and fundamental rights of the citizens. So, on what ground could there be a justification for these private institutions being forced to implement this quota? Isn’t it again misuse of the brute majority? And who gave the government the right to violate fundamental rights? To appease one’s core constituency the party in power can violate the basic structure of the constitution. It is the ultimate duty of the Supreme Court to protect the constitution.

3. Has the Basic Structure been trampled upon by the constitutional amendment by excluding SEBCs/OBCs/SCs/STs from the scope of the EWS quota? Yes. There’s no doubt that it excludes them. How can the state fix different income caps for different social groups? And can we agree that savarnas deserve to have up to 10 lakhs income but still remain poor? And the other social groups should live their lives with 6 lakhs or 2-3 lakhs? This is nothing but a reminder for Shudras, Dalits and Adivasis that they don’t deserve a decent life. Above all, their exclusion from the State policy as in the case of this EWS quota, is to normalise the  marginalisation of socially backward sections.

On the other hand, various studies show that the OBC reservations and SC/ST quotas implementation in any sector as specified by the Constitution at 15 and 7.5 % respectively has never been fully executed. Government’s data itself proved that OBC and SC/ST faculty positions in the central universities and institutions are also vacant.

But the degree of swiftness with which EWS was passed and implemented is a clear sign of favouring savarnas and ignoring the rest. This discrimination and exclusion of OBC/SC/STs from the State policies is entirely undesirable and un-constitutional.

Though the top court, with utmost duty to protect the constitution, had delayed the process for reasons better known to the lords, it has finally agreed to hear the petitions.

Therefore, democratically minded citizens do expect from the higher court that it lives up to their desired expectations. And make sure that the Supreme Court comes out to be the constitutional court in its true sense and it would not allow the executive to blatantly violate the fundamental laws of the land. The EWS quota through its declaration as the 103rd constitutional amendment is definitely unauthorised and prohibited.