Copenhagen (IDSN), 13 December 2012 — The European Parliament (EP) today sent a strong message of solidarity to millions of victims of caste discrimination in India and urged the country’s authorities to live up to their pledges to end this serious human rights problem and ensure protection of Dalits and other vulnerable groups.

While acknowledging that significant work had already been done to eradicate caste discrimination in India, the EP expressed its deep concern over the continued human rights violations against Dalits; condemned the high number of atrocities committed against them; and deplored the non-intervention by state actors such as the police in acts of communal violence against Dalits.

Expressing its deep concern about the inhuman practice of manual scavenging, the EP urged the Government of India to amend and enforce the law banning this practice.

The EP also called upon EU institutions to develop a specific policy on the issue and endorse a UN framework to eliminate caste discrimination – the so-called draft UN Principles and Guidelines for the Effective Elimination of Discrimination based on Work and Descent.

“The message sent today by the European Parliament to the Government of India is a very clear one. It is time to get your act together and put an end to caste discrimination. It is also time for the EU to adopt a policy on caste discrimination and recognise it as a global human rights issue,” IDSN coordinator Rikke Nöhrlind said following the historic resolution.

The resolution, which was debated this afternoon, was adopted unanimously by the EP. In the debate, many members of parliament said that the Indian government does not take its human rights responsibilities seriously, and that authorities must do much more to enforce the laws that have been enacted to protect Dalit rights.

Mrs. Lochbiehler, Chair of the EP Sub-Committee on Human Rights, said: “Dalits are about a quarter of India’s population. India has legislated on certain levels, but with little success.” She further stated that the Indian authorities should intervene and come up with new legislation, and called for EU support to activists resisting “the people who profit from this modern form of slavery”.

Mr. Van Dalen expressed concerns that thousands of Dalits are being tortured by the police, and that those who force Dalits into prostitution are not being prosecuted. “We as the EU can make an important contribution to change that. India has to bring in reforms in the judiciary and social services. Let us introduce that as a precondition when the EU is negotiating with India on a new trade agreement”, he said.

Referring to these cases, Mr. Repo regretted that Dalits have not seen their situation improved, and that “the violent actions have shown how little has been done”. The resolution states that the EP remains “alarmed” by such cases and by “other reported and unreported atrocities against Dalits.”

The EP has instructed its President to forward the resolution to India’s Prime Minister, EU institutions and member states, and the UN Secretary General, among others. 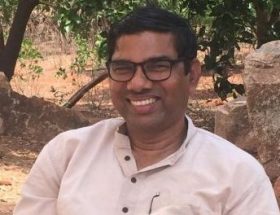