Why walking alone will always work for the BSP

Canard, controversy, condemnation, criticism, caricature, the Bahujan Samaj Party chief, Mayawati, has seen it all in her long and tortuous journey to the top. But the fact is, as the 2014 Lok Sabha polls near, she poses the most formidable challenge to BJP icon Narendra Modi’s prime ministerial ambitions. Shrewdly, she’s also staying away from the media glare, bent more on quietly consolidating her core constituency of Dalits with additional bolstering layers—minorities, chosen OBC gro­ups (she banks heavily now on Most Backward Castes), with a cushion of the savarna jatis, Brahmins, Kshatriyas and Vaishyas. This silence is deliberate, for she feels that as soon as the BSP begins to look formidable to the eyes of the opposition, their casteist mindset sets in and they unite, cutting across ideologies, to try and defeat the party. To substantiate her point, she cites data from the 2012 UP assembly elections.

However, she’s confident that if any state can put the brakes on Modi’s caravan to Delhi, it’s UP—and within UP, she sees the BSP as the prime actor in this project. It’s no empty boast. On the turf of ideology, organisational strength and mass perception (as a tough administrator), Mayawati’s party will be the one to beat in UP. Especially if her pitch of ‘Jai Bhim’ (against the bjp’s ‘Jai Shri Ram’) wins the confidence of the Muslim minorities.

Indeed, her savdhan rally in Lucknow was a clarion call for this. On January 15—in the wake of the winter deaths in the Muzaffarnagar camps—she drove home the point that, during her regime (2007-2012), there had been alm­ost no riots. This despite the opposition trying to create such situations. She also highlighted instances of how the Muslims and Dalits helped each other during the recent riots in western UP. In a fervent appeal, she called for the Dalit-Muslim brotherhood to be maintained at any cost, especially in the current atmosphere where communal forces were creating havoc freely in a Samajwadi Party- ruled Uttar Pradesh. In a frontal attack on Modi, she reminded supporters how BJP regi­mes—whether in UP or Gujarat—are prone to orchestrating communal violence. Modi, as CM of a small state with just a six crore population, could not check the 2002 carnage, so how will he manage one billion Indians of different castes and religions at the national level, she wanted to know.

Mayawati also took great pains to nip in the bud the many rumours and unsubstantiated reports in the media that the Congress and BSP could possibly enter into a pre-poll alliance in Uttar Pradesh. It was abundantly clear that she wanted no blurred loyalties—she wished to leave no space for any Congress strategy to create confusion and wean away the BSP’s minority votes. At the mammoth Lucknow rally, she categorically announced to the cadre that the BSP would not ally with any party. If history is any reckoner, the BSP is certain to go it alone this time too. There are three reasons for this: one, in pre-poll alliances, BSP votes are seen to be easily transferred to the candidates of the ally party, which is usually dominated by the so-called upper castes. But the reverse most often doesn’t happen. Even in constituencies where the BSP fields upper-caste candidates, only a fraction of these votes are transferred.

Secondly, in a pre-poll alliance, the BSP loses its ‘barraging power’ once the elections are over. As the alliance party has already benefited from the transferred votes, it has no reason now to relent to the demands of the BSP. This has happened in the past when the BSP had entered into an alliance with the SP in 1993, and Congress in 1996.

Thirdly, BSP workers in the constituencies left for the ally feel demoralised. They feel they have been denied an opp­ortunity to contest elections. Moreover, in these ‘alliance’ constituencies, BSP workers are not treated with respect by the ally party’s leaders and workers. In fact, exclusion and taunts on caste lines have been widely reported. This further alienates them and many of them end up leaving the party, putting the whole BSP organisation in peril. In sum, in a pre-poll alliance, the BSP is a net loser.

Which is why the BSP changed its policy of pre-poll alliances with political parties and now goes directly to the communities for alliances—which led to the evolution of caste-and-community brotherhood committees (bhaich­ara committees) and rallies in the BSP. This strategy has really helped the party strengthen its roots among the different caste and community groups and will most lik­ely be the strategy in the upcoming 2014 LS elections too. 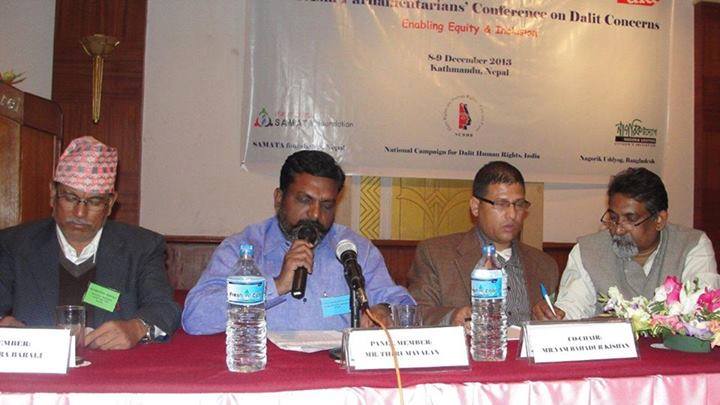