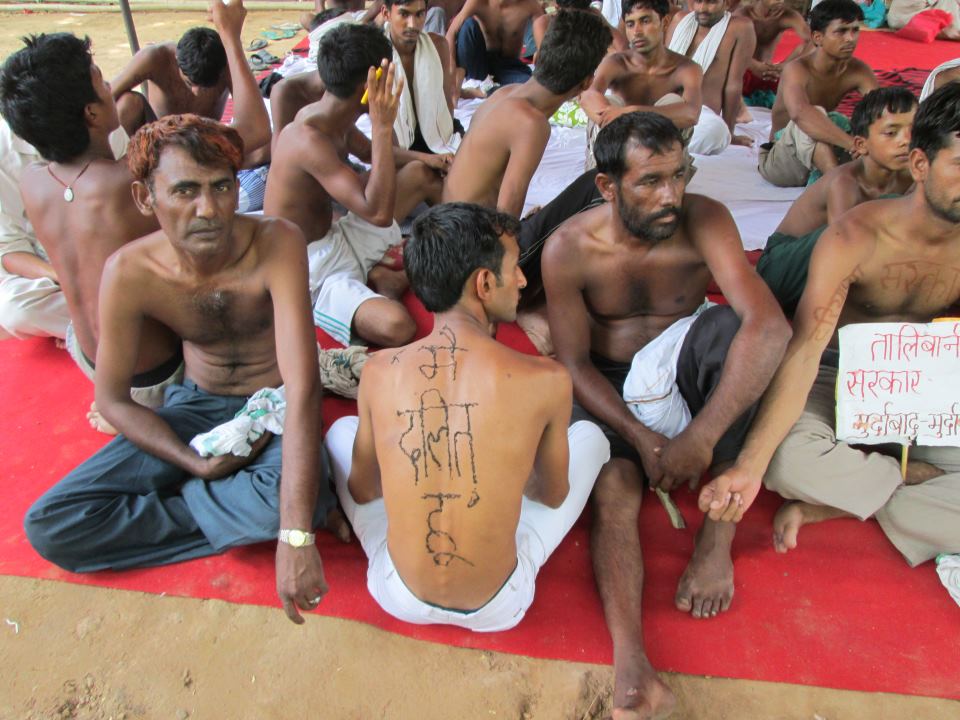 The Thorat Committee has recommended that the term “dalit” used in textbooks should be expunged and replaced by the legalistic terminology “scheduled caste.” The reasoning for this is not clear. “Dalit” has become partly a controversial term, and it is true that not all who fall under the category of “scheduled castes” will accept it for themselves. Their reasons may differ – for some, it is a negative term, and they have moved into a space where they want a positive identity. This is true, for example, of many Buddhists. For others, the traditional caste name is preferable.

However, it is undeniable that the term “dalit” has a militant history. It first came into use in the 1930s simply as a Hindi (or Marathi) translation for the term “depressed classes.” “Dalit” of course means downtrodden, or crushed. But when in the early 1970s the Dalit Panthers emerged, the word took on the connotations of militancy. The Panthers defined “Dalit” very broadly in their manifesto – to include all the class and caste oppressed, including workers and agricultural laborers as well as Scheduled Castes. It kept this connotation of militancy, of revolt, of refusal to accept the bitter realities of the caste hierarchy. Indeed, it can be argued that a word which shows the social reality – the ex-untouchables are “downtrodden” and oppressed – is more valid than one which tries to smooth this over. For this reason, the word “Harijan” has been almost universally rejected, as a term which tried to ignore and paper over the harsh reality.

“Scheduled caste” is a legal term. As such it is neutral. That may be acceptable, even at points preferable for textbooks. But for movements, for action, those who suffer the realities of caste oppression need a stronger and more assertive identity, something the cold and form “scheduled caste” terminology cannot provide. This is provided, on the other hand, by the word “Dalit,” with its connotations of resistance and revolt.