On the Student Protests in the English Department, University of Delhi

A complaint letter issued by the M.A students of DU English Department demanding the removal of 3 newly appointed teachers (two of whom are from the SC and ST Categories) has now turned into a larger protest and has attracted the support of students and faculty from within and outside the department. The protest, which calls for the “reclaiming” of the quality of DU English department, supposedly stems out of the students’ frustration about the “unscholarly and unprofessional behavior” of these teachers, who are seen as threatening the “liberal, progressive and radical” space of the Delhi University English Department. The letter also points out instances of very “objectionable and offensive remarks” made by these teachers and expresses alarm at the “ideological power” that they possess over postgraduate students.

We fully understand the anxieties of the students. We know that the students are the victims of a selection process, which chose these teachers, over many others who were much more experienced and well accomplished. In fact, it is well known in the university today that the Vice Chancellor had used the interviews held in January 2014, which selected these teachers, to reward those who stood by him on the FYUP and to punish those who did not. So it is not surprising that the better candidates have been left out, as a result of which the students have ended up with teachers whom they find “extremely dissatisfactory.” However, we still feel that there is an immediate need to interrogate the language and message of this protest, which is largely led and supported by upper caste students and faculty members.

First of all, both the complaint letter and the protest fail to address the core issues and flaws within the system. Without exposing the faulty selection process and the powerful people who are responsible for the present crisis, the students have chosen to take a very narrow minded and insulated view of everything by putting all the blame on the 3 teachers. In fact, the very same “radical department” that the protesting students are trying to “reclaim” had by and large gone along with the forceful introduction of the semester system and the FYUP. It is such compromises done by senior teachers and heads of departments in the university that led to the problematic recruitment process in January. Unaware of this or refusing to address such issues, the students have merely zeroed down on the three new teachers.

Moreover, they are churning out a dangerous, “merit discourse,” which bemoans the quality of teaching provided by these teachers, even as it uncritically celebrates the “standards of education, the department has always lived up to.” In fact this protest has been reduced to a vulgar expression of anti-reservation meritocratic “quality claims” and has drained itself of any possibility to develop a larger critical understanding of the situation at hand. Given the fact that two of the teachers in question here are from the reserved category, framing a protest in such terms will surely disseminate a casteist message against reservation. This will only work to further hide the issues of social stratification existing in Indian society, the logic and ethics behind the idea of reservations, and the complex dynamics between social inequality and professional “quality.”

The background of the participants in the protest, the slogans raised and the language of the complaint letter clearly put forth some serious issues of concern. What are the protestors re-claiming? Was there a better education system here to be re-claimed? What is it that determines the “quality” of other “qualified” teachers?

English departments of Delhi University, which started implementing reservations even in SC/ST categories only in the late 90s (for teachers), are well known for its bulk of elite, upper caste teachers and students. Here “quality” is often marked and evaluated by an ability to articulate fluently in a very elite kind of English. Isolation and humiliation are daily experiences here for many students and teachers coming from non-elite backgrounds. In such a situation how can one protest against badly done recruitments by focusing on issues like “academic responsibilities” and “excellent teaching staff” as mentioned in the letter? Moreover, is “quality” the mere ethics behind the highly subsidized Indian public education system? How is it possible to apply the “I pay and so I deserve” consumerist mentality in this education system when many other aspects of the social structure are not taken into account?

Another question is the way these students are trying to justify their angst by pointing to the “objectionable” statements made by two of the teachers in question. Stereotypical perceptions of their communities, discrimination in terms of caste and gender and islamophobic attitudes are a common experience for many students from marginalized communities in this university. It is surprising then that the “radical” protestors find instances of casteism, racism and sexism only in the comments of the reserved category teachers. One wonders whether it is not their elite confidence and articulateness that makes some teachers get away with their discriminatory attitudes, while others are put in the dock for the same. The students for instance, have talked about being robbed of the opportunity to learn the “literary devices of canonical writers” because of the incompetency of the new teachers. One would like to ask these students if it isn’t a very racist and colonial mind-set that makes them approach the learning of English literature in terms of the “literary devices of canonical writers”?

In short, this protest, instead of developing into a critical enquiry about the larger issues that created such a situation, has instead narrowed down to a very prejudiced attack against 3 teachers, reducing everything into a polarisation of opinion for or against them. We would like to conclude by stating that such a move reveals nothing but a complete unawareness about the real problems within a casteist and islamophobic academia. 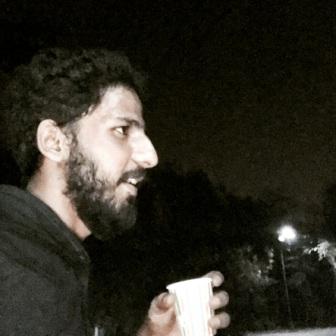 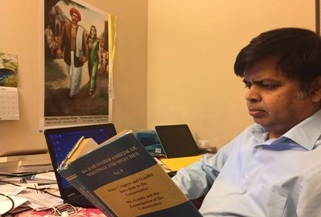