“Historically, rape and sexual violence have been used as means to dominate and control different races, cultures, and groups of people.” – Chardonnay Madkins

The Muzaffarpur multiple rapes and the way the state machinery and discourse has moved afterwards point to the shallowness of the anti-rape protests and what they have not addressed – namely power and patriarchy that are at the root of rapes!

Here is a classic case of how many rapes happen in this country – perpetrated by upper caste men in collusion even with women who think that these men have the right to expect sexual favours. The impunity of these men comes from the fact that they do not expect to be caught at all given their social power in society – and even if and when they are caught, they are fairly certain that their mentors will protect them.

The Muzaffarpur rapes themselves would not have come to light if not an outside agency, TISS, had not conducted a social audit. There are multiple issues of culpability that are not discussed in this case. The exact time that the TISS team discovered these on-goings at the shelter home and whether they had reported the matter to the authorities concerned or the police are not clear. If the TISS team had not reported it at that time – then they are also culpable for the continuing rape that these girls faced after it had come to the notice of the social audit team. Now if the TISS team had reported it – the authorities who did not take action at that point of time are culpable for the horror that these children faced since this came to their notice.

Even after that, the audit report was submitted in April. According to the Principal Secretary, Social Welfare Department, Government of Bihar, the department first discussed and reviewed three priorities – good practices being followed, administrative lapses, and criminal negligence at shelter homes. Note that criminal negligence comes in the end. Thereafter, the department held a workshop on 26th May in which the audit report was discussed threadbare and it was only after that the first information report lodged on May 31st. It was only in June that a medical board of the Patna Medical College Hospital confirmed that a majority of the girls from the shelter were sexually abused. After that it took more than a month–it was only on July 23rd that it was confirmed that 13 of the 44 girls were sexually abused and one more day to confirm totally 29 have been sexually abused. Reports on the rest of the girls are awaited – who, given the direction the investigation is going, in all probabilities will turn out to have been sexually abused too. While two girls are two unwell to be subjected to medical examination.

What this means is that there were people who were aware of a serious crime that was happening in this particular home and did not deem it fit to report the same as a crime and start prosecution because some red tape relating to social audit needed to be completed. And in the time that this red tape was going on – these 44 inmates of the shelter were being continuously raped. And in the wisdom of these insensitive bureaucrats they could only relocate these inmates on July 23rd. Almost nobody is talking about this culpability at multiple points on the part of multiple people. To draw an analogy in simpler terms, if someone witnesses a psychopath murdering a person in the middle of a festival, she waits for the festival to get over without interruption to report the murder – and in the meantime the psychopath murders another dozen people.

The other level of complicity in this case is the larger macro issue of governance and implementation of provisions and institutions for the protection of children under the Juvenile Justice (Care and Protection of Children) Act, 2015. Section 37 of the Act allows private voluntary organizations recognized by the state government to run shelter homes with state funding. This is a huge source of money making for many people involved in the “business” of social work with deep nepotistic ties in the state government. With blanket powers given to the state government to decide on the reputation and capability of such voluntary organizations which could set up these shelter homes – in many states, the bids for these shelter homes are a vortex of corruption. So, naturally the government concerned is also lax in statutory periodic monitoring of many of these institutions leading to possibilities of all kinds of abuses – not necessarily only sexual and the conditions of many of these shelter homes are so deplorable that we will not want to see our children in them in the eventuality of them being rendered destitute. Unless this systemic gap is addressed, I am fairly sure, despite the revelations and the prosecution in this particular shelter home in Muzzafarpur, there are similar incidents of abuse happening with impunity in many other places – because they know the monitoring is lax. In the Muzzafarpur home itself, there are allegations of complicity on part of members of the Child Welfare Committee which is statutorily supposed to protect these children and monitor the functioning of these homes. 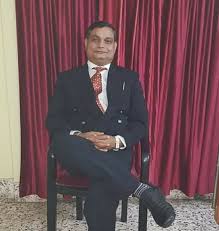 The deepest level of complicity is the intersection between caste and patriarchy – and how honour, marriage and family are given undue sanctity so that continuous and multiple rapes can be swept under the carpet on the pretext of protecting these institutions. According to the 2013 annual report of the National Crime Records Bureau (NCRB), of the 24,923 rapes that were reported across India in 2012, 24,470 were committed by someone known to the victim. An analysis done by Livemint on April 14th, 2018 of the unit level data of the National Family Health Survey (NFHS) conducted in 2015-16 showed that 99.1% of sexual violence cases are not reported. Even if marital rape is excluded from these figures, only around 15 % of sexual violence is reported. A study by the National Centre for Biotechnology Information under the US government on Child Sexual Abuse in India states that: “A total of 33,098 cases of sexual abuse in children were reported in the nation during the year 2011 when compared to 26,694 reported in 2010 which increased by 24%. A total of 7,112 cases of child rape were reported during 2011 as equated to 5,484 in 2010 depicting a growth by 29.7%. India has the world’s largest number of CSA cases: For every 155th minute a child, less than 16 years is raped, for every 13th hour child under 10, and one in every 10 children sexually abused at any point of time. Studies propose that over 7,200 children, including infants, are raped every year and it is believed that several cases go unreported. It is estimated by the government that 40% of India’s children are susceptible to threats like being homeless, trafficking, drug abuse, forced labor, and crime. In India, every second child is being exposed to one or the other form of sexual abuse and every fifth child faces critical forms of it.”

The role of patriarchy and caste hegemony in sexual violence can be deducted from the numbers and any of the studies on sexual violence and vulnerabilities. Dangerously (and perhaps deliberately), the public discourse ignores this complicity, as participants in casteism and patriarchy. There are two effects of this kind of discourse. First – a large number of survivors/victims who are at the receiving end of the hegemonic structure are scared and sceptical of reporting sexual violence against them resulting in the large scale under-reporting of sexual violence and impunity among the perpetrators. Second is a stereotyping of people from certain community/caste/class as being hypersexual, depraved and potential rapists.

The discourse, with its own multiple vested interests and agenda including TRPs incites anger – sometimes violent anger against those rapists who come from a lower class/caste background and focuses largely on cases where the perpetrators are from such backgrounds – from Nirbhaya to Govindachamy to the recent Chennai gang rape case. While there is a stunning near silence on even reportage of cases where the perpetrator could be from dominant communities or castes!

In the Muzaffarpur multiple rape case itself, the identity and background of Brajesh Thakur, the main accused still remains shrouded in mystery. There are still no investigative stories on how he got to become so powerful, how he managed to start the shelter, how he managed to get it recognised as one with reputation and capability, who accorded his organisation reputation and capability etc. Most stories run on the incident don’t carry the name of this man or his antecedents. Compare this with the reportage of the rape committed by Govindachamy in Kerala. Every media had to discuss threadbare his history, background, disability – as if those were the factors that propelled the rape.

In the time that I took to write this piece, across India, there have been women and children subjected to sexual violence by their husbands, relatives, bosses, teachers, dominant caste men, state and private institutional protectors and only lastly strangers. If the scourge of rape has to be addressed seriously it is important not to be (mis)led by savarna media that is only interested in consolidating its power and increasing its TRPs or readership as the case may be!

Bobby Kunhu is a lawyer, researcher, and writer. 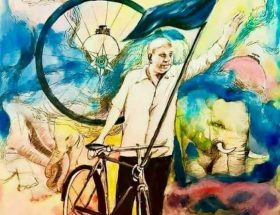