(Based on a Fact Finding report first posted in the Google group NCDHR, in March 2007)

A Fact Finding Team of Human Rights Defenders and Social Activists from National Campaign on Dalit Human Rights was formed with a mandate to Investigate into the reports of Salwan village of Karnal district, carried in several news papers and electronic Media and to find out the extent of truth behind the reports. Fact Finding Team visited Salwan Village, Karnal on 2nd March 2007 and met Victims. The FF team found that 200 houses were burnt and destroyed.

The situation of the village is so tense with the threat of further attacks seeming possible any time. Due to this fear 75% of Dalit families have fled the village. According to some unconfirmed sources, the FF team got information today that one Dalit youth was murdered in Salwan village in the continuation of attack last night.

Salwan village is situated about 45 km away from its District Headquarters, Karnal, Haryana, where the mass attack against Dalits took place.

Violent attack on Dalit homes in the Salwan village took place on 1st March ’07, pertaining to murder of Mahipal (40), a Rajput. According to the statement of the victims, Pradeep and Leelu, belonging to Dalit community, murdered Mahipal, a Rajput over grazing cattle in the fields on 26th Feb ’07.

The dead body was found from the field and police arrested two accused in this connection. In retaliation, with the leadership of a local leader Surjit Pradhan-Block Samiti Chairman, and Ganshyam-P.T Teacher of Government School, Saalwan village, a mob of about 5000 Dominant Caste persons, gheraoed the Dalit basti on 1st March’07.

The attackers ransacked Dalits households, utensils and other belongings.

Approximately 20-25 Dalits, including women and children were injured and one was admitted with serious injuries to the government hospital at Trauma Center, in Karnal.

During interaction with the affected people the team noticed that the attack against Dalits was completely pre-planned and well organized.

* Police came to the spot 3 hours after the incident took place in spite of victims contacting the police,

* Phone lines were cut off,

* Electricity was cut off,

* The mob attacked the Dalits from both the sides,

* 75% of the victims have fled from the village to secure their lives.

* Approximately 20-25 Dalits, including women and children were injured and one was admitted with serious injuries to the government hospital at Trauma Center, in Karnal.

We, the Human Rights Defenders Demand

* To declare Haryana as a Dalit atrocity prone state.

* Ensure complete rehabilitation package to the victims to compensate for the losses suffered, not only to rebuild their houses but also to provide financial assistance and other facilities to restart their livelihoods.

* Immediate arrest of the culprits who indulged in ransacking, looting and burning of Dalit houses.

* CBI Enquiry to know the true story behind the attacks on the Dalit Basti. The terms of reference for the CBI enquiry should also include the role of the Police and the Administration.

* Direction be given to the SP, to provide adequate protection to the Victims and their family members to protect them from further harassment and intimidation.

* The role of local politicians in Mass attack must be investigated and the concerned authorities must not be allowed to go ahead with any further plans so as to maintain peace and harmony in the village. We are surprised that no action has yet been taken against Police officials who are the primary cause for the attack on the Dalit people. They must be actually arrested under the SC/ST Prevention of Atrocities Act and put in jail. Instead of that they have been allowed to register cases against Dalits. The cases against Dalits must be immediately withdrawn by the government and they must be allowed to return to their villages to live without fear.

* The Dalit people who are already poor have suffered further damages to their properties. This brings on them additional burden of restoring their homes apart from restoring their dignity as human beings. Immediate and enhanced compensation must be paid to all victims of this vandalism. Immediate relief / Compensation to the victims of Atrocity under Rule 12(4) R/w Annexure of the SC/ST (POA) RULE 1995 be paid to the victims immediately. 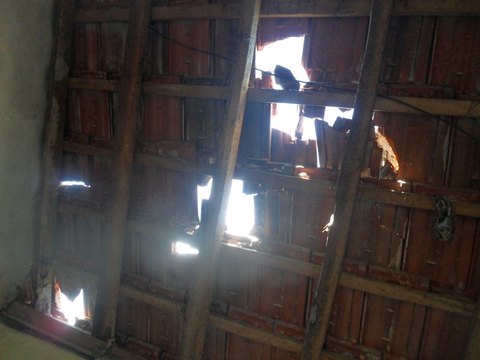