I am writing on behalf of Human Rights Watch to draw your attention to the case of Soni Sori, a tribal woman accused by the Chhattisgarh police of being a supporter of the Maoist “Naxalites.” She alleges that she has been subjected to sexual assault, electric shocks, and beatings while in custody and denied necessary medical treatment, which the Chhattisgarh state government has not adequately addressed.

We urge your government to establish an independent and impartial investigation into Soni Sori’s torture allegations, and ensure her immediate access to health care without police interference. Because we are concerned that her treatment reflects broader problems facing incarcerated women in India, we also ask that you initiate a review of conditions for women detainees and prisoners generally, including torture allegations and access to health care.

The Chhattisgarh state police charged Soni Sori, a 35-year-old mother and former teacher, with crimes related to being a Naxalite supporter. Her defense lawyer told Human Rights Watch that they have accused her in a spate of cases, alleging she was evading arrest when she was actually present and working in a residential school for tribal children.

Below is a chronology of events in Soni Sori’s case. We remain deeply concerned that the criminal justice system failed at various levels to prevent custodial torture and to respond swiftly to ensure prompt access to health care without police interference.

On September 10, 2011, authorities in Chhattisgarh state arrested a tribal activist, Lingaram Kodopi, for allegedly acting as a courier for the Maoists. According to a petition filed in the Supreme Court of India, Soni Sori, his aunt, says she was pressured by the police to implicate others as Naxalite accomplices. Soni Sori says that the Chhattisgarh police became angry with her after she demonstrated she had information disproving the allegations against her nephew. She said that after receiving an anonymous phone call warning her of an “encounter” in which she was the intended target, she was shot at but escaped and fled to Delhi for safety.

The police arrested her in New Delhi on October 4, 2011 and produced her before the New Delhi criminal court. She asked the court not to transfer her to Chhattisgarh because she feared being tortured or otherwise ill-treated. Nonetheless, the Delhi court transferred her case to the Chhattisgarh trial court, which has territorial jurisdiction, and put her in the custody of Chhattisgarh police, who were ordered to follow due process.

On October 8, the Chhattisgarh police produced Soni Sori before the trial court in Dantewada district. Her defense lawyer opposed police custody, contending that Soni Sori feared being tortured. The court nonetheless handed Soni Sori over for police interrogation from 5 p.m. on October 8 to 11 a.m. on October 10. The court ordered the police to ensure her safety and guard against physical torture, and to conduct medical examinations before and after she was in their custody.

On October 10, when the Chhattisgarh police were supposed to produce Soni Sori before the magistrate after interrogation, they reported that she had fallen in the bathroom and injured her back.

Subsequently, the police took her to the Dantewada district hospital in Chhattisgarh for treatment. The hospital records note that Soni Sori had “a contusion on the right side of the occipetal [sic] region” and “tenderness over lumbar region,” and give a medical opinion that the injuries were “caused by hard and blunt object[s].” The Dantewada district hospital recommended that she be taken for a CT scan of the skull and spine.

When she was taken to the Jagdalpur district hospital for a CT scan, the doctors noted that she had “H/O [history of] unconsciousness,” and referred her to the Raipur medical college hospital. At that hospital, doctors gave Soni Sori a clean bill of health. Police officials ordered the hospital to stop an intravenous drip that Soni Sori was on, forcibly taking her away from the hospital.

Soni Sori’s representatives then brought a writ petition in the Indian Supreme Court, seeking adequate medical examination and treatment. The Court observed that “the injuries sustained by the Petitioner…do not prima facie appear to be as simple as has been made out to be by the Chhattisgarh police,” and ordered that Soni Sori be taken to the Kolkata medical college hospital for an independent medical examination. Doctors examined Soni Sori in the Kolkata medical college hospital and submitted a report to the Supreme Court in November 2011.

Soni Sori’s lawyers were allowed to examine the Kolkata medical college report. It stated in part: “Tenderness was detected over the 4th and 5th lumbar spine region and over sacral region….Two foreign body [sic] recovered of size 2.5 x 1.5 x 1.0 centimeters each from the vagina and one foreign body size 2.0 x 1.5 x 1.5 was recovered from the rectum….”

In a public letter to the lawyer representing her in the Supreme Court, Soni Sori identified and named the police officer who she says ordered and carried out torture in police custody. She wrote:

After repeatedly giving me electric shocks, my clothes were taken off. I was made to stand naked. (Superintendent of Police) Ankit Garg was watching me, sitting on his chair. While looking at my body, he abused me in filthy language and humiliated me. After some time, he went out and (…) sent three boys. (They) started molesting me and I fell after they pushed me. Then they put things inside my body in a brutal manner. I couldn’t bear the pain and I was almost unconscious. After a long time, I regained consciousness (…) By then, it was already morning.

Nearly three months after the Koltaka medical report, activists told Human Rights Watch that the Chhattisgarh state government has yet to file even a first information report and start an investigation into torture by the police. Despite the clear risk that such an investigation of the Chhattisgarh police by its own ranks could be biased, the Indian central government has failed to initiate any independent investigation. On the contrary, in January 2012, the President of India awarded Ankit Garg, the police officer Soni Sori identified as being involved in her torture, the police medal for gallantry.

According to activists involved in this case, the Chhattisgarh State Human Rights Commission, headed by a former police officer, has not initiated any inquiry. Even though human rights commissions in India have the power to initiate action suo motu (on their own motion), they have used the pretext that the case is sub-judice (pending in a court) not to investigate. The commission has also failed to order follow-up medical treatment for Soni Sori.

Soni Sori is now in custody in the Raipur central jail. Given the Raipur college hospital’s failure in October to detect serious injuries and evidence of sexual abuse that doctors elsewhere uncovered, we are concerned about the medical treatment that she will receive there.

According to her lawyers, Soni Sori continues to report reproductive health problems and bleeding. As of February 20, 2012, she had not yet received proper health care to address her injuries even though doctors at the Kolkata Hospital advised that she be brought back for follow-up treatment after 30 days, and provided her with medications to last up to 30 days. However, three months later her medications have not been replenished and she was not taken back for additional treatment. Moreover, a recent blood test showed that her hemoglobin levels had dropped considerably. After a petition from her lawyers, the trial court ordered that she be able to seek medical care in the last week of February, but at the same Raipur hospital that gave her inadequate treatment. Soni Sori remains concerned about substandard care and police interference in her care.

Urgent applications to the Supreme Court to seek continuation of her treatment at Kolkata hospital have been pending since January 19, but have not yet been heard.

Broader Failures of the Indian Central and State Governments

The Soni Sori case raises serious questions about the commitment of the Indian central government to prevent torture, investigate torture allegations, hold accountable those responsible for torture, and ensure that detainees and prisoners have adequate access to health care.

Ensure the provision of appropriate health care to Soni Sori without police interference.

Enact the Prevention of Torture Bill and remove the need for prior state authorization to initiate criminal action against the officials implicated in custodial torture. Ratify the Convention on Torture and Other Cruel, Inhuman or Degrading Treatment or Punishment.

Ensure that the latest central government grants to states to set up police stations in Maoist areas include support for independent monitoring of detention facilities including station lockups and jails by human rights commissions and civil society groups. Consider requiring police to videotape interrogations, especially in police stations in Naxalite areas.

Work with civil society groups to train police on proper conduct toward women in custody.

Thank you for addressing these concerns. We look forward to learning what steps you have taken in addressing this important matter. 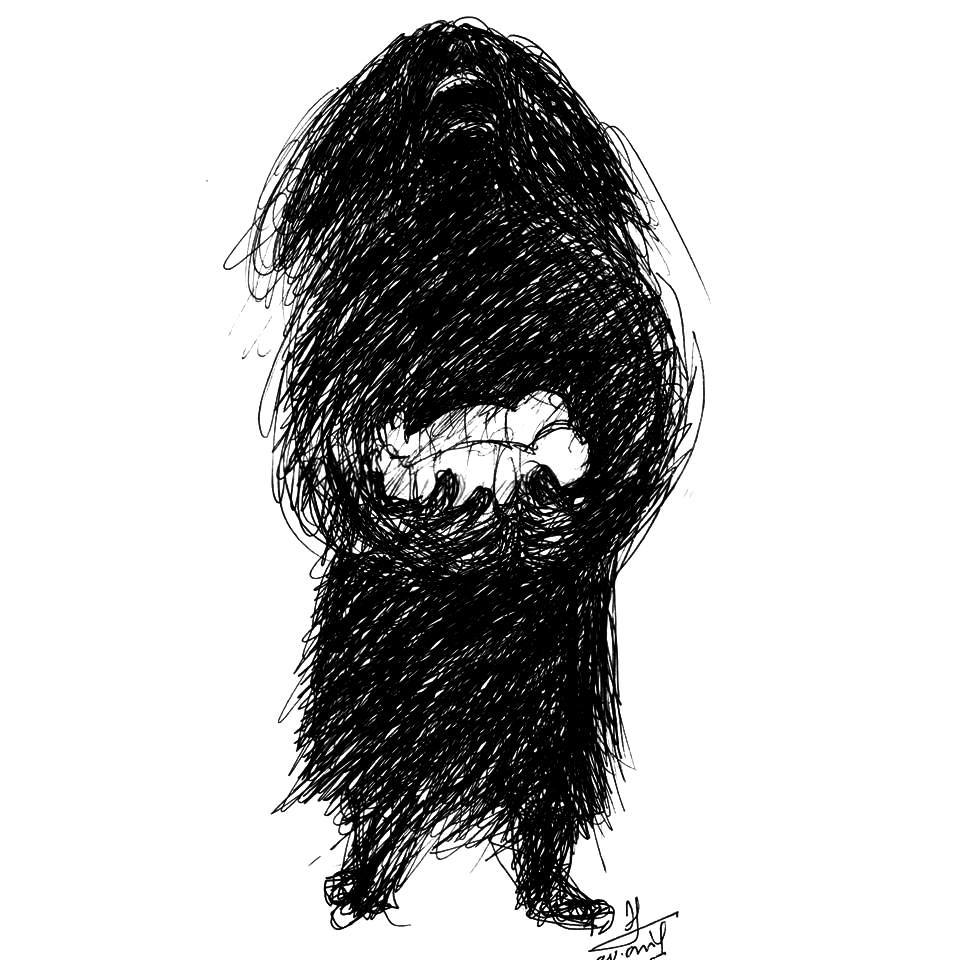