Raja Sekhar Vundru
After resigning from Nehru’s Cabinet as Law Minister over the controversial Hindu Code Bill in 1951, Dr. B.R. Ambedkar spent most of his time writing at his 26, Alipore Road residence in Delhi’s Civil Lines. Fresh from drafting and the successful piloting of the Indian Constitution inthe Constituent Assembly, he entered one of his most productive writing phases and left behind a great body of literature on a wide range of subjects.
Dr.Ambedkar, who remained a Rajya Sabha member till his death in December, 1956, made occasional appearances in the house of elders to express hisviews on contemporary issues that exercised him. Though reading andwriting on Hinduism and Buddhism consumed most of his time, the everyday Indian political situation of the 1950s did not escape his attention. Two of those issues that need to be relooked today are the reorganisation of the states and his idea of the politics of majority and minority castes.
As the issue of reorganisation of Indian states on the basis of language raged in the 1950s Dr. Ambedkar compiled his opinions into a book, Thoughts on Linguistic States, which was published in 1955. The book is as relevant today as it was then. Dr. Ambedkar felt that creation of  states should be based on equal distribution of population and their capitals should be centrally located in those states. Dr. Ambedkar criticised the confusion prevailing in the ruling camp in the 1950s on linguistic states. He said that one language in a state can unite people and two languages are sure to divide them. “Culture is conserved by language”, he said.
He supported linguistic states for two reasons. One, to make the path to democracy easy and the other to remove racial and cultural tensions. His opinions find reflection in today’s situations in Karnataka, Tamil Nadu, Assam or even Maharashtra. The formula he put forth for division of states in his book now seems prophetic. He then had envisioned the division of Bihar into two: north Bihar with Patna as capital andn Ranchi being the capital of south Bihar. The division did happen, though it took almost fifty years. For him Andhra and Hyderabad (Telangana) were never one state. He always perceived them as two separate entities. The demand for a separate Telangana never really died down. More ominous seems to be his prescription for Uttar Pradesh.
He sought to divide Uttar Pradesh, which was a six Crore population state in 1955 into three states of two crore population each. Western Uttar Pradesh with Meerut, Central Uttar Pradesh with Kanpur and Eastern Uttar Pradesh with Allahabad as capitals. He clearly conceptualised that smaller states were always better administered.
Dr. Ambedkar’s recommendations for Maharashtra will be too startling for today’s reader. He proposed the creation of a city state of Bombay (Mumbai) with a rider that the taxes collected from Bombay should be equally divided among the three states he proposed to carve out of rest of Maharashtra. His proposal was for a western Maharashtra, Marathwada or central Maharashtra and eastern Maharashtra comprising Vidharbha. He had also wanted to split Madhya Pradesh into north and south, which eventually became Madhya Pradesh and Chhattisgarh many decades later. While accepting the linguistic states as a matter of principle, he proposed further division of single language states for better administration, access to administration for people of various regions within the geographic entity and also their sentiments.
Source:http://www.newindpr ess.com/NewsItem s.asp?ID= IE72008041422255 4&Page=7&Title=TheOped&Topic=0 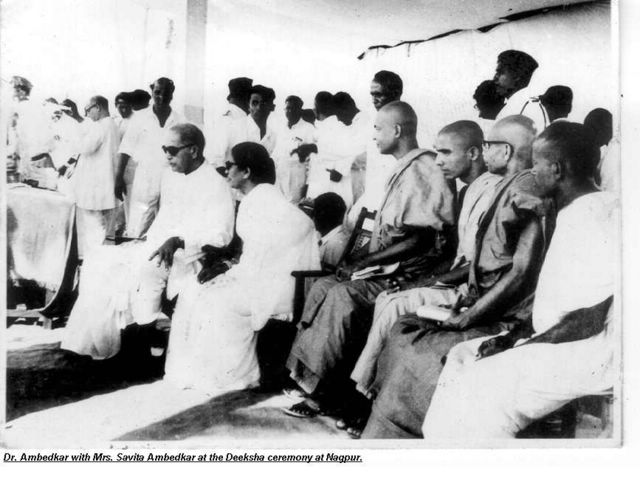