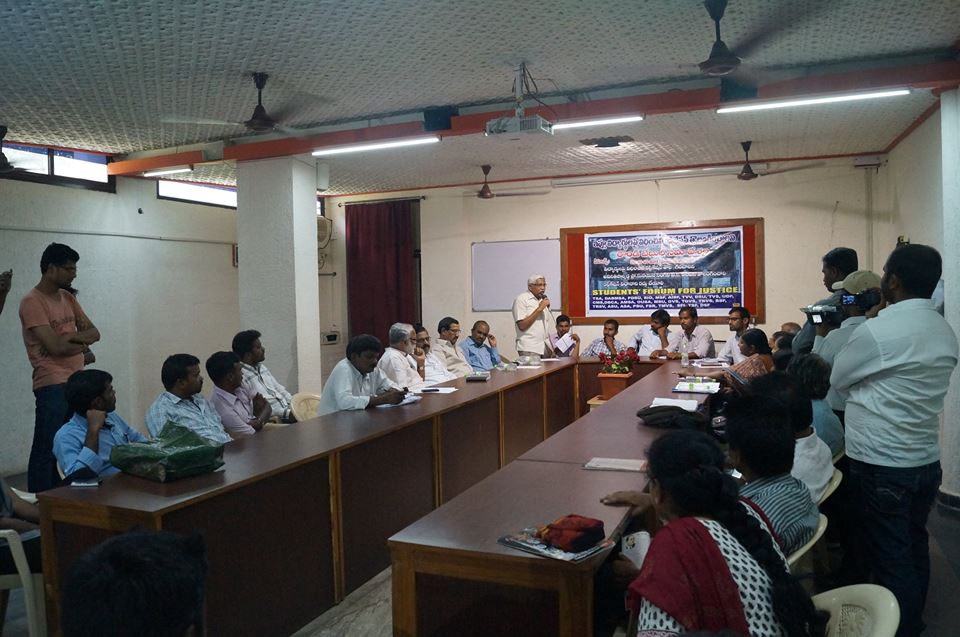 A Round Table meeting was held today at Sundarayya Vignana Kendra, Hyderabad, to decide the demands and future course of action regarding the unlawful rustication of 3 student leaders—Mohan Dharavath, Satish Nainala and Subhash Kumar—from the English and Foreign Languages University (EFLU), Hyderabad. The students were rusticated on 6th May without any inquiry for allegedly breaking the glass door of the university library during a protest conducted by the democratically elected Students’ Union on 11th May 2014.

The rusticated students, who are first-generation learners from Telangana, have been protesting against this injustice for the last three weeks. Even as they garnered massive support from political parties, social organizations, civil liberties activists, professors, women’s organizations and student organizations across the country—who have all come together under the banner Solidarity Committee for Rusticated Students from EFLU—the vice-chancellor Sunaina Singh has refused to entertain their plea for their right to a just enquiry, demanding an unconditional apology instead, for a crime they haven’t committed.

The Solidarity Committee, whose representation to Sunaina Singh has not met any fruitful end, came together for a Round Table Conference to review the actions of the vice-chancellor ever since she took over the post in EFLU. The 8-points that the members at the conference, who have come together under the banner Students’ Forum for Justice and comprised students from 30 student organizations across the state, agreed upon are as follows:

1. To begin with, the members unanimously decided that the rustication of Mohan, Satish and Subhash is undemocratic and hence should be cancelled immediately.

2. They also pointed out that this act of rustication is nothing but an act of revenge by the vice-chancellor against these students who have consistently questioned the financial irregularities and corruption under her regime and have also gone on to complain about the same to the MHRD, UGC and CAG. As a result, the CAG undertook an audit in the university in the beginning of this year and found the present administration including the vice-chancellor guilty of corruption in many accounts. It is for exposing her corruption, that the vice-chancellor sought revenge against the students and rusticated them to silence all dissenting and questioning voices on campus.

3. The members insisted unanimously that Sunaina Singh should be removed from the post of Vice-Chancellor immediately since she has proved herself to be a corrupt, casteist and incompetent administrator.

4. They pointed out that under the present regime of the vice-chancellor Sunaina Singh, particularly SC/ST/OBC/minority and Telangana students are being targeted and harassed and revengeful actions are being taken against them. This, they said, should stop immediately.

5. The house appealed to all social activists to come together and fight against the corruption and injustice prevalent in EFLU.

6. All members at the meeting also insisted that Rustication as a form of punishment should be removed completely from all universities by law.

7. Keeping in view the recent state of the EFLU campus which has turned into a police camp for the last two weeks, the members said that the police and BSF/CRPF should be removed immediately from the campus and normalcy restored as such a situation is inimical to the academic atmosphere a central university is bound to provide.

8. Marking the growing rate of suicides in universities, especially of students from marginalized sections, the committee noted that proper judicial inquiry should be taken up in each case and criminal cases should be filed against those guilty.

1. State and nation-wide VC effigy burning programme on 26th May

2. Gathering and expressing dissent at Telangana martyr’s statues across state and country on 29th May

3. Round Table conference with all political parties on 31st May

The meeting was organized by 30 student organizations across the state. 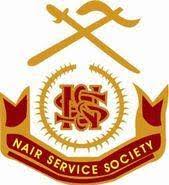 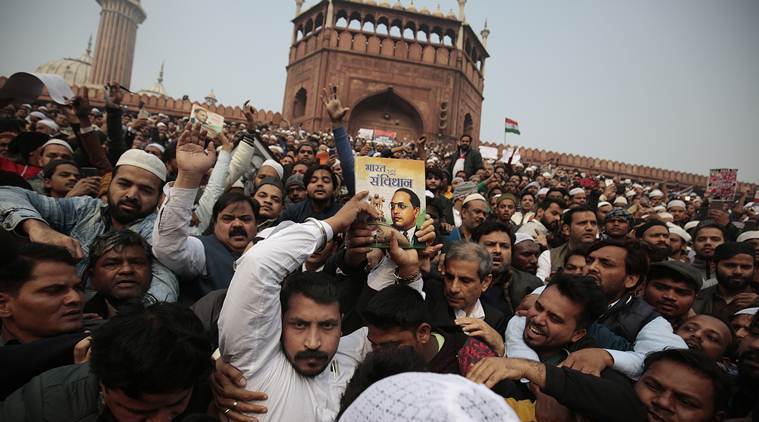 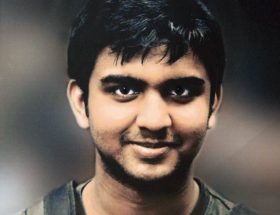