Veteran political activist U. Sambashiva Rao was one of the key speakers at the ‘Democratic Debate on Appropriation of Ambedkar’s Writings’ held on April 10, 2014, in Hyderabad. He is the Chairman of the BC Mahajana Sangham and has played an active part in many people’s movements – starting with ultra left Marxist-Leninist struggles to identity based agitations inspired by Ambedkar-Phule thought – in Andhra Pradesh over the last forty years. The following text features the second part of his intervention1 at the debate. Please read the first part here.

I’d like to talk about a related issue here. Those who work according to the Marxist ideology.. I too worked as a Marxist activist, I worked in Adivasi areas for five years, in agency areas2. There, we worked on a struggle with the objective of distributing land belonging to the landlords among the poor farmers, thinking from a class perspective. Finally, when the Polavaram project was being built, it turned out that half the lands that we had distributed were in the hands of non-Adivasis while the other half were with the Adivasis.

How did this happen? When we had distributed them, we had found nothing wrong with our objective, because we had fought against the feudal landlords to protect the interests of the prosperous farmer, the medium farmer, the poor farmer and the landless labourers.

The Adivasi was somewhere at the bottom of this last category of ‘landless labourers’. We had distributed the land according to a class perspective, in tune with the objective of opposing feudal landlords. Therefore, some of the other categories of tillers like the middle class farmers also benefited from our strategy. Who were these middle class farmers? Those who had migrated from the non-Adivasi regions to the Adivasi regions and occupied their lands.

But how did a progressive legislation like 1/703 emerge out of the same Naxalite movement? A legislation that stressed: Adivasi lands for Adivasis only, that non-Adivasis cannot have any right over Adivasi lands (same as in the case of lands ‘assigned’ by government to the poor, weaker sections).

This truth was not recognized even by any maha Marxists or maha revolutionaries–then who is Arundhati Roy?

Here, what I would like to make clear – the basis of the argument that Adivasi lands should remain with the Adivasis – the view that Komuram Bheem’s struggle was an anti-imperialist, anti-feudal, freedom movement is the view of the outsider. The realization that was brought about by the identity struggles was that every social group’s struggles should be viewed from their own particular social perspectives.

Some men may look at women’s issues sympathetically, that is different. But what does a man know of labour pains? How does anyone who inflicts untouchability on someone know of the humiliation relating to untouchability? How shall the rich man understand the pain of the poor? This is also similar.

It’s not just Arundhati Roy, even the communist revolutionaries and the Marxists, who were more involved in their struggles, did not understand the Adivasis’ problem. Here, I’d like to touch upon an issue that directly addresses this formulation. Among the non-Adivasis who fought to realize the objective of securing Adivasi lands for Adivasis alone, there were Dalits and backward class individuals. Does it mean that the Adivasi struggle was an anti-Dalit and anti-BC movement? Earlier, they had called it an anti-imperialist, anti-feudal struggle, now if they say that even Dalits and BCs should not have any rights over Adivasi lands and it belongs exclusively to the Adivasis, then doesn’t that make the Adivasi struggle an anti-Dalit, anti-BC and anti-poor movement? No. That is not how we should look at it.

The rights on forests should belong only to the Adivasis who live in the forests. Whoever violated that principle – whether it was BCs, or Dalits, or contractors or capitalists or imperialists or even the Nizam nawab or his ancestors: the Adivasis opposed them. What is the central point of the tribal view? Tribal view is autonomy.

Only after the Maoists entered the Jangalmahal, could Arundhati Roy enter that mahal and write. Whose feet should both of them touch in gratitude? The concept of ‘Adivasi lands for Adivasis alone’, a concept signifying a movement for autonomy, was born out of the Adivasis’ own struggle. Who was the leader of that struggle, what was his name? Was he a saint or a doctor? If we look at it from Dr Ambedkar’s perspective, you’ll see the saint there and the paint that you used (to cover the truth) will also vanish.

Please forgive me because I am speaking from a feeling of anguish and anger too.

During the nationalist movement, there were days when Gandhi and Ambedkar were placed on an equal footing. That context was different. From the stage when they said with disapproval that Ambedkar questioned even Gandhi, the father of the nation, they took him to the stage of the architect of the constitution and now they’ve arrived at the stage when everyone places Gandhi’s and Ambedkar’s pictures beside each other.

But during those times, all those who wrote on philosophical history, or Indian history, or political theories, or reform movements – most of those who wrote them were Brahmins. 99.99% of them. Is there any evidence that they had directly referred to Ambedkar’s name even in a single book of theirs? Does not even a single insight of Ambedkar’s merit a mention in any of the books written by any historian from among them? Please search and check. You won’t find a single reference anywhere. If there is any mention it would only be to discredit his views.

Yes, this is our reaction. I had said earlier, Ambedkar was given the Bharat Ratna in 1990. That year was also the ‘year of social justice’. Phule’s 100th death anniversary fell in 1990, and Ambedkar’s 100th birth anniversary was in 1991. The Maharashtra government held both these events together.

On this occasion, the name of Union Ministry of Social Welfare was changed to Ministry of Social Justice and Empowerment. Please observe their timing – what they do at what stage. This historical context when the emerging alternative social struggles of the marginalized, oppressed castes look towards Ambedkar as a teacher, philosopher, a Buddha, a prophet– this (project) is an attempt to fold his index finger that guides them, and open his little finger (turning him into someone who needs guidance himself).

Yes. In this context, all those who tried to hide or erase Ambedkar until now, have now adopted a new strategy. You know, there’s a magazine – run by one Ramana Murthy, a Brahmin contractor. Even a Brahmin contractor also poses a danger. Yes, the magazine is called ‘Vijaya Viharam’. He killed his employer and buried him in the kitchen of his house, covering it up with concrete. I didn’t know the murder was so gruesome – I knew both, the victim and the murderer.

Well, what that ‘Vijaya Viharam’ team tried to do was to equate Lohia, Gandhi and Ambedkar. If someone objected, they would go to the extent of saying Gandhi was bigger than Ambedkar.

Look at the change in positions: when it became virtually impossible to ignore Ambedkar, those who had until then tried to ignore or erase him gave him the Bharat Ratna. The same people equate him with Gandhi now. I ask, just for argument’s sake, why didn’t they show Ambedkar as equal to Gandhi earlier? They’re unequal, but why didn’t they at least attempt to show them as equals earlier? Now you equate them because the ‘Mahatma’ has shrunk to the size of a dwarf and Ambedkar whom you had tried to reduce in importance has risen to the stature of a giant? Because if Gandhi isn’t allowed a little space beside Ambedkar now, no new statues of Gandhi will find any place on their own.

Now Ambedkar’s statues painted in bright colours have appeared in every wada, village and town, in thousands and lakhs. Gandhi’s statues which were installed long ago remain poorly maintained, sometimes with broken spectacles or sticks, covered in bird droppings, with no one to care for them. Why has this situation arisen? Because what Ambedkar had spoken then has been proven to be historical truth now.

That has been later proved by Karamchedu – I don’t need to go into more details. When Karamchedu had proven Ambedkar right, what we had written in the “Nalupu”5 and our other magazines was that post-independence history had proven that Gandhism had failed and Ambedkarism had succeeded. That is what we had written, and I am talking about that now because I remember that history.

This is the first point. Therefore, post-independence history had clearly shown that there was no need to compare Ambedkar with Gandhi. It had conclusively set aside that debate. What we need to think about now is: Gandhi’s harijan-vaad is dead, Ambedkar’s philosophical, theoretical alternative is now emerging as the foundation of the new social movements.

Now in this LPG age, when there is a need to think about how to take it (the Ambedkarite movement) forward, on how to apply Ambedkar’s philosophical theoretical alternative for the 21st century, what they’re trying to do is to revive the failed Gandhivaad, to stop progress in the direction of Ambedkar’s index finger and drag us back to Gandhi.

If we think about the background of this attempt, we know Ranganayakamma and Arun Shourie faced intense opposition. It is not a coincidence that both of them belong to upper castes and upper varnas. Even this (Arundhati Roy episode) is because of caste. But the lesson they’ve learnt is that they’re distancing themselves from the Dalits through their negative attitude. They thought of finding someone from their own community who could attract Dalits, and who enjoyed a wide reputation across India and internationally as a writer and make her write a book so that they could talk of having someone who served the role of a liberal brahminical democrat, at least. They thought if they didn’t attempt this they wouldn’t have any future to speak of.

Even though Arundhati Roy had earned a certain respect earlier by talking about the Adivasi movement, the Dalit movement and the women’s movement – even though all those movements were led by the Adivasis, the Dalits and the women activists themselves respectively – she finally got caught when she attempted to talk of caste.

Therefore, the need for the upper castes to disprove Ambedkar’s theory that the ‘pope himself could become a revolutionary but not the Brahmin’ still lies with them. This book instead of attempting to disprove that theory appears as a brahminical strategy once again. We condemn this strategy in strong terms.

[1]. Dalitcamera Ambedkar. U Sambashivarao: I disagree with Ilaiah and condemn Arundhati Roy’s brahminical intellect. Published on April 11, 2014. Available at: https://www.youtube.com/watch?v=w5RtF5SRj_s

[3]. Regulation 1 of 1970 (popularly referred to as 1 of 70) refers to an important feature of the A P Scheduled area Land Transfer Regulation (A P S A L T) Rules. It stipulates ‘that until the contrary is proved, any immovable property situated in the Agency Tracts and in the possession of a person who is not a member of ST shall be presumed to have been acquired by such person or his predecessor in possession through a transfer made to him by a member of ST and the burden of proof lies with the non tribal’.

[4]. Gond tribal leader who fought against the repression of the Nizam state machinery and non-tribal exploiters. He was martyred in 1940. Ref: Reddy, Kasula Pratap. Komuram Bheemu (Jeevitham-Poratam). Telugu Akademi, 2012.

[5]. Nalupu: Telugu Dalit fortnightly magazine started in the 1980s by K.G. Satyamurthy (Sivasagar), Kancha Ilaiah, Bojja Tharakam and U Sambashiva Rao among others. 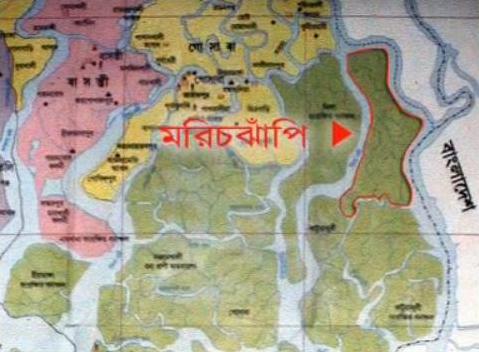