Chandramohan Sathyanathan’s poems are “plus-sized”, his poetry comes “without introduction or foreword from veterans”. By thus asserting their uniqueness and difference from the writing of his peers, he claims the historical tradition that harks back to the culture of writing of which Namdeo Dhasal is a major name, and for him personally, a huge inspiration (His debut poetry collection is titled “Letters to Namdeo Dhasal”). His poem simply “refuses to be the world’s wife”. In one stroke, Chandramohan demolishes the underlying goal of writers who want to please every individual being with their politics. No. He seems to say, his poems won’t do that.

In “Killing the Shambukas”, he takes inspiration from Abel Meeropol’s poem “Strange Fruit” and traces the parallels between the lynching of African Americans in the US during the Jim Crow days and the institutional murders that take place every second day in Indian educational campuses. Shambuka is a character from the Hindu epic Ramayana who was beheaded by Ram, for aspiring to reach the pedestal of learned men in spite of being Shudra by birth. In the poem, Chandramohan reveals the myopic perversity of the caste system in all its nakedness. It was the death of Rohith Vemula, a brilliant scholar from the University of Hyderabad, who was forced to commit suicide in his hostel room, that this poem reminds us of in graphic detail-

The poet declares the intention behind his picking up a pen to write poetry- it is his birthright “to keep and bear arms”. He aims to make the difference through his “heckler poems” which are a “dynamite at election rallies”. In this poem “Write Poetry”, he seems to urge those who want to see a change in social injustices and hierarchies to take to writing. It is our “artillery”, a way to set things straight.

Reading “Thirteen ways of looking at a black burkini” makes you comprehend why the garment was invented by the French costume designer Aheda Zanetti. She had said, “I created the burkini to give women freedom, not to take it away”, which also forms the subtitle of the poem. In these times where one has to accede to others’ definition of feminism and what freedom actually means, the black burkini has its own statement to make. Why not leave it to women to decide what empowers them and what does not? Chandramohan writes, “Burkini is a language/ Terrifying those ignorant of its text.” It could be interpreted as meaning that those callously unaware of a people’s culture are more likely to respond with censure than viewing it as a person’s choice. “Cops patrol her tan lines/ Like dams patrol/ Rivers flowing over danger marks.” This is a comment on the fanatical desire of policemen and those in authority to inspect and lay down regulations for what is “appropriate” and normative to a place or country. Wearing a burkini seems to offend their sense of what “culturally sound” dressing should be. The poet also remarks on caste and its manifestations with the lines, “Some garments cling too close to your surname/ Like a metaphor/ Too loud for good poetry.”

Chandramohan writes poetry to make you think, to make you uncomfortable, to draw you outside your comfort zone, out of the sanitized spaces where you live and forces you to question and reconsider. Reading him is an education in itself. Through the lines of his poems shine a formidable intellect which does not stop questioning the ways of a society which is built on oppression, which takes away from the many, leaving them starving, to overfeed the few. Going through his work you catch a glimpse of the sheer effort he has put in each and every sentence, carved it, to say exactly what he wants it to say. His vision encompasses people, events, countries and continents, to bring home one simple fact- the pain of those at the margins is one and the same.

As for his love poetry, they are as political and unconventional as they can be. In his “Kiss of Love”, “Locked lips/ Turn the wheel of time/ Like prophets”, thus placing lovers and prophets on an equal footing. In his “Portrait of the Poet as a Young Woman”, the subject he writes about, which could also be his ideal poet-figure, subverts all political categorizations- “Her verses/ Are neither left nor right aligned…” (also a clever play on words about typing on a computer or typewriter). The poet-figure is bold and independent- “When her poems are read/ No boyfriend or pimp is allowed/ Inside the reading hall”, and “Her curly, kinky stream of verses/ Sway to the rhythm of her gait/ Untamed by the clanging of her anklets.”

Chandramohan’s collection, therefore, is a testament to the politically charged times we live in, and he seeks to overturn the current scheme of things through his writing. His poems are incendiary and defies Auden’s dictum- “Poetry makes nothing happen”- for as a reader, I am certain that no one who goes through his book will return empty-handed in terms of his social and political awareness. We need more poets like Chandramohan, whose poems are “dynamites at election rallies”. He, along with Yogesh Maitreya has brought to the contemporary poetry scene what Pa Ranjith and Nagraj Manjule have given to Indian cinema today- an unflinching, courageous take on caste, the many-headed monster of our society. 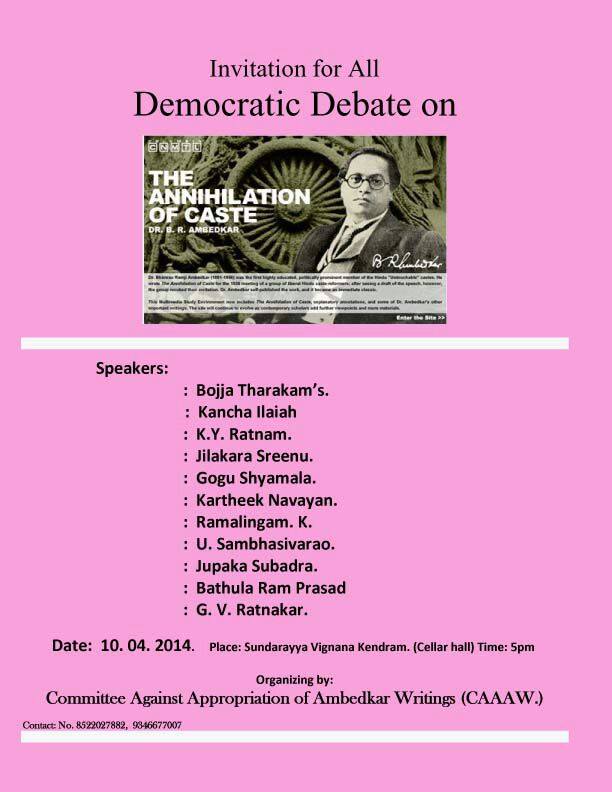 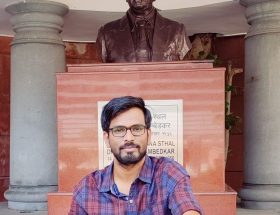