Dalit Camera: How do you see Ashis Nandy’s comments, at the Jaipur Literary Festival, against SCs, STs and OBCs and the whole debate happening around it across the country?

First of all, I’m really upset at the way this whole discussion is taking place. I am not upset so much about Ashis Nandy’s comments, but I am upset at the way that Dalits as a community, including myself, are implicated in this discussion. First, as corrupt people, then as people who are intolerant, then as people who have no sense of humour; (we are implicated) in innumerable ways, as this discussion is showing. In this campaign to defend Nandy, they’re really damaging the image of the community.

Dalits have been criticized, Dalits have been stereotyped and Dalits are at the receiving end of many things. So they have not been sacred cows. They have not even been able to reply in a strong manner to this whole campaign. We don’t have many people to write, you don’t have the media to voice their concerns. So they are not sacred cows, they have never been sacred cows. But is Nandy a sacred cow? This is what I am asking. Is he above criticism? Are our intellectuals above any criticism? Is Nandy infallible?

Just because he is eminent, just because he is a sacred cow, you don’t want to discuss this? I am really puzzled by the number of commentators, mainly his friends, and the TV commentators, trying to explain his argument, trying to justify (it) in the process, saying that he actually made pro-Dalit comments. (Whether) they’re pro-Dalit comments or anti-Dalit comments, that’s debatable. But you’re actually foreclosing any debate, foreclosing any discussion on the issue by saying that he is misunderstood. And what are they invoking?

They are really invoking the biography of Nandy to defend his remarks, saying that he has been a supporter of reservations, he has been working on Dalits, he has written so much in favour of Dalits and OBCs. I have not seen whatever he has written about Dalits. And his position, his writings, are open to different kinds of interpretations. I don’t think his writings are pro-Dalit or pro-SC/ST, or pro-OBC. That is something which is debatable.

In this context, to invoke his biography, in this manner, and his own writings, saying that they are idiosyncratic, they are known for humour, wit and so on and so forth — this cannot justify what exactly happened in Jaipur Literature Festival. You have to go into the merits of that (what he said at JLF), and just saying that because he is known for his unconventional views, which may not be liked by others (does not justify his comments). It is not as simple a matter as that.

So Nandy has his corporate media, Nandy has a solidarity blog, Nandy has his solidarity petition and a whole lot of things. In this whole discussion, I did not see the Dalit view emerging very strongly. And nobody is thinking about what the Dalits are actually thinking about it. In fact I did not also see (any writing), except one article in Kafila and two articles in the Round Table India, saying that Nandy’s statements are wrong. It is only the Dalits who are strongly feeling that Nandy’s statements are highly objectionable, even if he says that corruption leads to democracy and Dalits are most creative and good at corruption (in emulating the upper castes).

So this is his argument. Madhu Koda is his model. But we don’t have to emulate that. We don’t have to accept that view. And our opinion has to be taken into consideration. I mean, he is making a comment specifying (that) SCs, STs and OBCs are the most corrupt people and they are creative people (in emulation), and that leads to democracy. We don’t want this kind of characterization. Some people may enjoy (this) — if you’re elite, if you’re upper caste, you many enjoy this characterization of his. And you may say that that he is not essentializing Dalits, but is actually giving agency to Dalits.

We don’t want this false agency to Dalits as corrupt people. So, whatever the virtues of Nandy and his scholarship, those cannot be used to justify what Nandy has said in Jaipur. And what Nandy has said in Jaipur cannot be justified on the grounds of freedom of speech. Freedom of speech vs censorship: these are the only two things? If you’re asking (pointing out), what you’re saying is something wrong, does that automatically lead to censorship? So there are no other ways of thinking on what he has said is right or wrong?

So by invoking (the bogey of) censorship, by saying that these people are hooligans, that they are very intolerant and that they’re undemocratic, you’re actually not allowing a debate. In fact, most of the Dalit scholars and Dalit activists did not speak up because they are really intimidated. Because the kind of picture you gave is that whoever says something about Dalits, Dalits are going to come and break your head, or they file a case under the SC/ST Act. You have been debating on Dalits; they’ve not done this at any time.

So why are you reproducing this image of the Dalit, as the most intolerant people in this country? And you’re not addressing what Nandy is saying. This is my first point: where is he ‘hounded’? This language of (Nandy) being ‘hounded’, he is ‘harassed’: by whom? You’re implying that, by Dalits. So did they harass him? Did they hound him?

This is producing a discourse where you’re criminalizing the Dalits, this entire discourse (is about that). It is a controversy created by him, in an elite festival. The opposition also came from the people on the stage and elsewhere, and not from the Dalits. Then it became a public controversy. So this is your own controversy.

But finally, you want to use this to make Nandy a great intellectual, and a hero by doing all this, and in the process, the damage done to the Dalit community is very, very serious. Those who are supporting him, writing about him – they are only talking about his greatness, his style of writing, his mode of reasoning, and how great this man is.

Already we’re a stigmatized community, already we’re seen as the most corrupt people. And that’s the public view on this. So we have high visibility, as he himself noted. And in his own, new way of talking of corruption as leading to democracy and Dalits as being ‘creative’ people, you’re doing greater damage than anyone else. This is my first point, Ravi.

These are people who are called ‘brokers of victimhood’: this is a reference to the Dalit politicians and Dalit leaders. The ‘brokers of victimhood’ and ‘footsoldiers of identity politics’; and people who are making ‘political capital’ (out of this issue); people who are ‘craving for publicity’ and so on. So this is the image of a community. People ‘who have no sense of humour’; people who ‘cannot understand creative modes of reasoning’, the mode of reasoning that Nandy uses. These are ‘unreasonable’ people and ‘no reasoned debate’ is possible with them.

So this is the image of the Dalits. Generally, in most of these secular, upper caste narratives, the figure of the Dalit always appears like this. He is ‘unreasonable’, ‘irrational’ and ‘sensitive’, ‘easily hurt’ and ‘intolerant’. This is a very, very damaging kind of (narrative) you produced.

An incident happened, some Dalit organizations protested, some Dalit leaders protested, but this whole discussion is actually stereotyping the Dalit community. One FIR was filed, and then (you start) saying that the SC and ST Act is in some sense ‘a very draconian act’, and you (Dalits) are misusing that act, and that act itself is a kind of a serious problem. So, I don’t know what exactly they are saying. They’re actually opposing their own institutions of democracy.

This whole stereotyping of this community and calling them ‘authoritarian’ is, I thought, one of the serious problems with the way this whole discussion is going on . Not only that Nandy makes these serious, offensive, objectionable comments; not only (does) he refuses to apologize – he only clarified, he went on to clarify, he and his friends have been clarifying – but he refused to apologize, he is only saying that if there is a misunderstanding and if you’re hurt, I will apologize.

He is not saying that this whole comment that most people from SC, ST, OBCs are corrupt, even if he is saying they are creative people (in emulation)….if the Dalits and the Adivasis take offense, he has to apologize, he has to withdraw his comments. Till now he has not withdrawn his comments. In fact, after he came from Jaipur to Delhi, he is emboldened, now he is saying that ‘Yes, I will stand by what I said.’

He cannot interpret that (his comment) as pro-Dalit or anti-Dalit, he cannot decide that saying SC, STs are corrupt people and creative people is a compliment. I don’t take it as a compliment, I take it as a seriously objectionable kind of comment. I am really pained at watching all these controversies involving SC, STs – on the one hand, the violence in the villages, the kind of things that happen in Haryana and elsewhere to Dalits, and innumerable forms of violence and humiliations; on the other hand, you have this kind of a public discussion.

Whatever is the controversy, the way Dalits are talked about — as the ‘most intolerant’ kind of people, people who are ‘unreasonable’, people ‘who have no sense of humour’, people ‘who have to be given education in understanding’ either a text book or a speech, and people ‘who cannot hear’. Somebody was actually commenting that we have to learn how to listen to speeches and so on.

This is one of the important points I want to make: that when you’re talking of a specific incident, about Nandy and his speech, and its meanings and interpretations – in your own discussions, in your own petitions, you’re implicating me and the larger community. And you are further stereotyping us: as people who are ‘intolerant’, people who are ‘undemocratic’, people who are ‘easily offended’. This I take strong exception to.

Please read the second and final part of the transcript of the interview here. 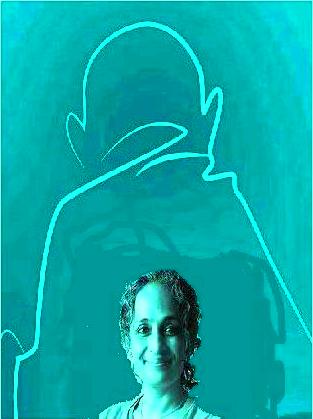