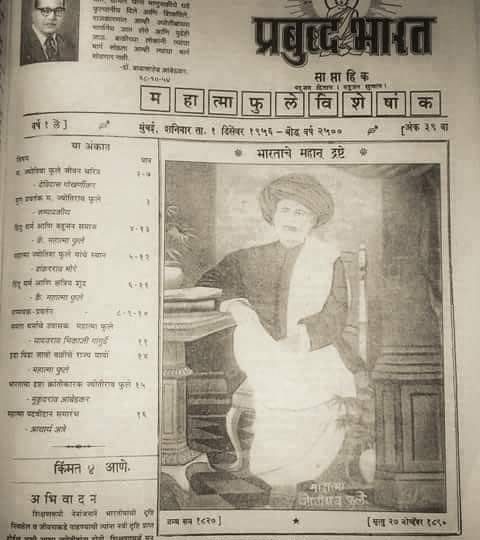 The following is the English translation of the famous Cover Page of Dr.Babasaheb Ambedkar’s Weekly called Prabuddha Bharat. It was published on 1st of December,1956. It was a special edition for Mahatma Jyotiba Phule’s death anniversary. The translation has been done part by part and each part’s picture is shown for better understanding. The original picture is as below: 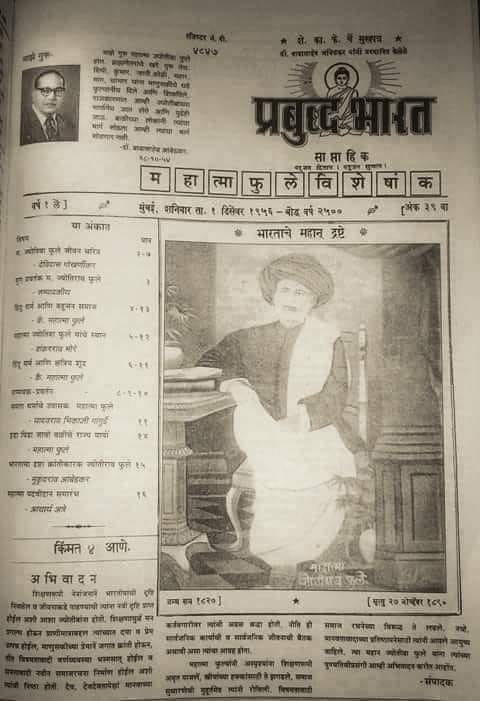 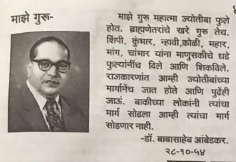 My Guru is Mahatma Jyotiba Phule.  He is the true Guru of non-Brahmins. Phule gave and taught humanity lessons to (castes like) Shimpi, Kumbhar, Nhavi, Koli, Mahar, Mang and Chambhar! In politics, we were following the path of Jotiba and will continue to do so! The rest of the people might leave his way, we will not leave his way! 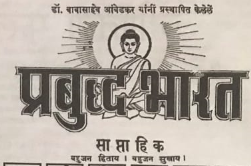 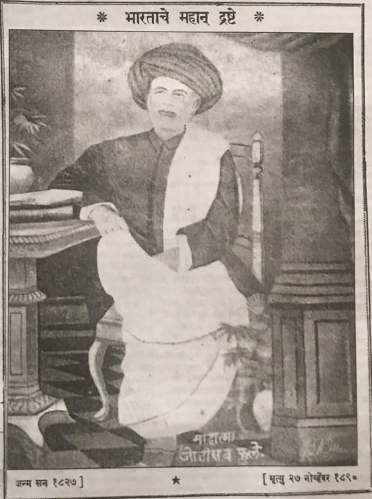 Jyotiba hoped that Education will serve as elixir of eyes (Netra + anjan = something that would be a vision of India) and would provide new perspective to Indians to look towards life. He was convinced that education would enlighten the mind and create compassion and love for animals, revolution in the world with the love of humanity, disintegration of the heterogeneous caste system and creation of an egalitarian new social structure. He had unshakeable faith in the responsibilities/skills of human beings rather than gods and goddesses! He insisted that the ideology/character should be a foundation of public life!

Mahatma Phule gave nectar to the untouchables in the form of education, he laid the foundation stone of social reform. He fought against heterogeneous/unequal social structures. Not only that, he spent his life for the establishment of humanism! We are saluting that great Jotiba Phule on the occasion of his death anniversary!
– Editor

Translated by Vinay Shende who believes in the principles of the anti-caste movement.