The earlier classification, it seems now, is not in accordance with the present self-perception of social status and aspirations of socio- economic mobility of these social groups. Thus, from being an administrative and academic exercise it is now mired in political tangles.

Dalits or the Scheduled Castes of India having been assigned the lowest social, economic, political and ritual status in the caste hierarchy are fighting the caste system and its constituent manifold hierarchies and discrimination in a multipronged approach. Sixty years after various constitutional measures to ban untouchability, to end discrimination in social, political and economic realms and facilitate their socio-economic mobility through reservations system, a large section of Dalits are now mobilizing themselves to address their social, economic and political disadvantages by articulating the relative deprivation within their respective caste clusters, or administrative groups.

Equitable distribution of reservations among the Scheduled Castes on the basis of their educational and economic mobility by either classifying them into various groups or earmarking a specific percentage of reservations for few castes has been in practice intermittently, in few states. Thirty-five years back (in 1975) the state of Punjab had classified its SC population into two groups to address the internal unequal access to such facilities and later on the state of Haryana also took similar approach to the issue of increasing gap between different Scheduled Castes of the state. Around fifteen years back a successful movement for rationalization of reservations by Madigas in Andhra Pradesh has witnessed that state’s Scheduled Castes population being categorized into four groups in 1997. The supreme court of India later on stalled the same. In the last three years, two other states viz., Tamil Nadu and Bihar have provided a specific percentage of reservations for some of the Scheduled Castes (Arundhatiyars and Mahadalit respectively) that were found to be lagging behind educationally and also not adequately represented in public sector employment.

Various development and welfare programmes for Scheduled Castes and Tribes being implemented by the central and state governments have not been able to bridge the increasing internal gap among them. The social and economic mobility of many numerically small and in some cases even the largest castes and tribes among them is unequal. Their demand for equitable distribution of reservation benefits is manifesting in myriad social movements and political mobilizations. It is in this context, the National Conference on Movements for Equity in Reservations would deliberate on various themes related to equity, reservations and movements with reference to Dalits to analyze the process of scheduling castes, reservations utilization pattern among them, context, process and outcome of mobilizations for equitable distribution of reservations; and their larger and long-term impact on Dalits’ socio- economic development, movements and politics.

The conference would focus on issues related to Scheduling of Castes and Tribes, Socio- economic Status of Scheduled Castes, Dalit Movements and Rationalization of Reservations. Some of the specific themes and sub-themes for deliberations are:

Patterns of Socio-economic Mobility; Regional Variations and Their Manifestation

2. Facets of Dalit Movements: Self Respect, Identity and Political Mobilizations

Self-respect, Identity and Political Movements of Various Sub-castes, Castes and Caste Clusters among Dalits; Concerns of Unity and Equality in Dalit Movements

Historical, Legal and Social Justice Approaches to Reservations; Utilization of

Demands for Sub-categorization of Scheduled Castes in South India and North India; Movements and Policy for Rationalization of Reservations

Researchers and Academicians from those states, where Scheduled Castes Reservation Sub- Categorization movements are going on and also where such categorization is being implemented viz., Andhra Pradesh, Karnataka, Tamil Nadu, Pondicherry, Uttar Pradesh, Punjab, Haryana and Bihar are expected to participate in the conference.

Papers are invited from academics and researchers on the themes. The conference secretariat will select papers for in person presentation. Authors of accepted papers may send their final paper softcopy not exceeding 10 pages on A4 size sheets with 1.5 line spacing, including tables, annexures and figures. Papers presented in the conference will be published as a conference volume within a month.

Given the budgetary constraints, all participants are requested to raise travel and other expenses from their own organizations, institutions or universities. No T.A. & D.A. will be provided by the organizers. Accommodation and food arrangements will be made for all invited participants. 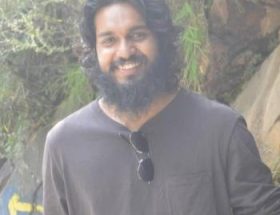 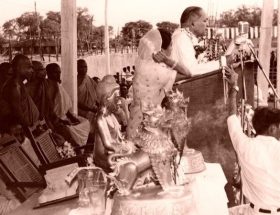