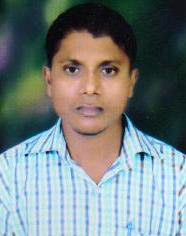 Our country, which aspires to be a global leader, is currently suffering from hunger to the point where it ranks lower than neighboring countries Pakistan, Sri Lanka, Nepal, and Bangladesh in the 2022 Global Hunger Index. According to the report, India is ranked 107th out of 121 countries, while neighboring Pakistan is ranked 99th. Sri Lanka is the highest ranked country in South Asia on this list: though it is facing economic difficulties, it is ranked 64th in the index. At the same time, all but one neighboring country, Afghanistan, fared better than India on the hunger index. Afghanistan is ranked 109th in this list. India’s neighboring country, Nepal, is at the 81st position while Bangladesh is at the 84th position. This means that all of these countries have done better than India in terms of feeding their people.

India was ranked 101st out of 116 countries in the World Hunger Index Report 2021. India was included in the list of 31 countries where the hunger problem was considered serious. Pakistan, Nepal, Bangladesh and Myanmar were also ahead of India in the Global Hunger Index. The Indian government had objected to the report, questioning the credibility of the index.

The Global Hunger Index is a comprehensive means of measuring and tracking hunger at global, regional and national levels. The Global Hunger Index criteria is usually calculated on the values ​​of four indicators. The first measure is how malnourished the population is. That is, how many people in the total population are living with fewer calories than they need? The second criterion is the health status of children. This means how many children under 5 years of age are underweight for their height. The third criterion relates to child stunting. This means how many children under the age of 5 years are not tall enough for their weight. The last criterion is related to infant mortality. That is how many children under 5 years die before completing 5 years.

Simply put, under-nutrition, severe infant malnutrition, stunted growth and child mortality are the factors used to measure the Global Hunger Index, which has a total of 100 points, based on which a country’s level of hunger is indicated. That is, if a country has a score of zero, it is in good shape, and if one has a score of 100, it is in very bad shape. India’s score is 29.1 which falls in the severe category.

Malnutrition among children in India is critical. Among the four criteria that are measured, there is also the prevalence of acute malnutrition among children, which was found to be 19.3 per cent in India this time compared to 15.1 per cent in 2014. This means that India is backward to this extent. On the other hand, if we talk about the overall rate of malnutrition, it has also increased significantly. This ratio shows the extent to which the total population of the country is facing food shortage.

According to the index, in India it was 14.6 per cent between 2018 and 2020; it has increased to 16.3 percent in 2019 to 2021. Accordingly, out of a total of 828 million people facing malnutrition in the world, 224 million people are in India alone. However, there is good news for India in this index as well. India has definitely improved in two aspects of this index.

The report includes a total of 44 countries, including India, whose situation is at a very dangerous level. Apart from this, there are a total of 17 top countries with a score of less than 5. These countries include China, Turkey, Kuwait, Belarus, Uruguay and Chile. On the other hand, talking about the status of Muslim-majority countries, the UAE ranks 18th, Uzbekistan 21st, Kazakhstan 24th, Tunisia 26th, Iran 29th, and Saudi Arabia 30th.

India ranks 107th in the World Hunger Index in 2022. Among the South Asian countries, only Afghanistan is below us. India was ranked 93rd in 2015. India’s child malnutrition rate has dropped to 19.3%, which is the highest in the world.

Interestingly, during the tenure of the Modi government, India’s position in the world hunger index has been steadily declining. When the Modi government came to power in 2014, the country was ranked only 55th. But now it is reeling every year in front of the dream of a 5 trillion economy. As such, India has overtaken Britain to become the world’s fifth largest economy in terms of Gross Domestic Product (GDP). Recently, in the latest report of the International Monetary Fund, India’s economy has been projected to grow at 6.8 per cent in 2022, down from 7.4 per cent earlier. The International Monetary Fund has also said that the growth rate is likely to decline further in 2023, forecasting it to be 6.1%. The report also states that India’s economy is the largest among all major economies in the world, so its economy will grow the fastest among all major economies in the world.

In such a situation, once again the Modi government is likely to reject the report. The claim of  achieving a $5 trillion economy has again been made, but for some time now the government has been denying every assessment that reveals its failure. It is being presented as an international conspiracy to malign the image of the country. The disease of intolerance towards dissent has grown to such an extent that the government has begun to suspect even impartial international organizations and agencies.

However, it is true that no index is 100% accurate. No matter how scientific are the methods followed, there is always room for error. But it gives such a clear picture of the whole situation so that we can improve our future policies and programs. In such a situation, instead of trying to influence these rankings, the government should reform its practices so that the lives of the common people are better.

Vikas Parashram Meshram is a Social Worker in Zarpada village, Arjuni tehsil, Gondia district in Maharashtra. He can be contacted at: vikasmeshram04@gmail.com