If anyone throws his glance on the Indian physical and social world as a spectator he will undoubtedly find this country a home of glaring inequality. Despite the blessings of nature and the things produced in abundance the growing inequality of poverty is so much in existence among the Indian masses that it can be easily noticed by anybody even in his unmindfulness. But no sooner he notices the inequality of poverty among the masses he does not fail to notice the social inequality that exists among the people and this inequality is like the elder sister of the former making the younger one ashamed of it.

Inequality that exists among Indians is of many forms. Inequality due to physical differences and also due to racial differences which is quite common everywhere is also found here. Black-White, tall-dwarf, straight nosed and snub-nosed.Arya- Anarya, Gon=Knod, Yavani-Dravid, Arab, Irani etc. are the differences that surface clearly in some places and though not as clearly defined but they exist in other places in latent form and in some other places in stable form. Religious inequality exists in more severe form than physical and racial inequality. The quarrels and struggles emerging out of religious inequality in several instances go to the extent of blood shedding. No doubt that Hindu, Parsi, Yahudi, Musalman, Chrisitan etc. stand as the walls of religious inequality but more than this if we see with our own subtle eyes the existing inequality among the Hindus we find its form much beyond our imagination and also worth condemning.

The Mang, the Brahmin, the Shenvi, the Maratha, the Mahar, the Chambhar, the Kayastha, the Parsi, the Kori, the Vaishya etc. are the different castes that exist in Hinduism and these are mentioned as this is a Mahar, this is a Brahmin etc.

One need not tell the Hindus how caste feelings among them are more deep-rooted than the feelings of religious oneness. If a European is asked who is he? On his answer that he is an Englishman, a German, a French or and Italian we are satisfied. But this is not so with the Hindus. If one says that I am a Hindu, no one will be satisfied. He must reveal his caste. This means to reveal their humanity the Hindus have to reveal their inequality at every step.

This inequality among the Hindus is as incomparable as it is hateful. Mutual dealing among the Hindus based on their inequality does not suit the character of Hinduism. It is clear that the castes that exist in Hinduism are inspired by the feelings of high and low. Hindus society is just like a tower which has several stories without a ladder or entrance. The man who is born in the lower storey cannot enter the upper story however worthy he may be and the man who is born in the upper storey cannot be driven out into the lower storey however unworthy he may be.

This means it is clear that the feelings of inequality among the castes are not based on the merit or demerit of individuals. The man born in a high caste, however unmeritorious he may be is always regarded as high whereas the man born in a low caste, however meritorious he may be, must always remain low. Another thing is that due to the prohibition of inter-dining and inter-caste marriages each caste has remained aloof from the growth of mutual intimate love. Even if the question of their mutual intimacy is kept aside they are also not free in their mutual dealing even in external matters. Some people’s dealing is only up to their doors. Some castes are regarded as untouchables which means that their touch pollutes other castes. Because of this notion of pollution the untouchables rarely come in contact with other castes. The alienation produced by the absence of inter-dining and inter caste marriages has fostered the feelings of touchables and untouchables so much that these touchable and untouchable castes, though a part of the Hindu society, are in reality living in worlds apart.

Because of this existing Hindu social system the Hindus form in them the three social classes namely the Brahmins, non-brahmins and the depressed classes. Similarly, if attention is paid to the effects that this inequality has produced it will be seen that it has produced different effects on different castes. Of course the Brahmins who are the highest in social grade feel that they are gods on earth. Therefore, this inequality is advantageous to these gods on earth who think that all other castes are born only to serve them. Therefore, by their self-created privileges they are enjoying the fruits of their social position exacting the services of all other castes. If they have any work to their credit, it is only the collection of knowledge and the writing of religious scriptures. But scriptures are full of contradictions and inconsistencies in matters of thought and practice. The writers of these scriptures seem to have been under the influence of intoxication while writing these works otherwise they would not have tied the high thinking and bad practices together. Because on one hand the philosophies in their scriptures preach that both living and non-living are the forms of the same god but on the other hand there is seen an extraordinary inequality in their practices. This is not a sign of them being in their senses.

The Brahmins, thinking that if the masses are kept ignorant they can be driven out to any direction, have kept the knowledge confined to them alone making it as their sole monopoly, and the masses thinking that this is their own real religion are following it. There are enough examples of Brahmins during their rule punishing those non-brahmins who inspite of the Brahmins warning that acquiring the scriptural knowledge is not their profession, tried to acquire that knowledge either openly or secretly.

It is clear that in the absence of authority and knowledge non-brahmins remained backward and their progress was arrested but at least poverty was not their lot. Because it was not difficult for them to earn their livelihood throughagriculture, by trade and commerce or by state services. But the effect of social inequality on the people called untouchables has been devastating. The vast masses of untouchables are undoubtedly sunk deep into the confluence of feebleness (helplessness), poverty and ignorance.

Meanness produced by their slavery with which they have been used to for many years is keeping them backward. They think that the wretched condition in which they are placed is their lot and it is god ordained. This thinking can be removed from their mind only by imparting knowledge (education) to them. But the costly education is a purchasable commodity and the untouchables because of their poverty are unable to purchase it and even if few of them are able to purchase it they are not allowed to enter the schools because the stigma of untouchablilty is permanently attached to them.

The stigma of untouchability has restricted their freedom of profession and therefore, their efforts to remove their poverty are not fructifying. In professions like trade and commerce they are very rarely found. As they can find no place to try for their fortune they are constrained to remain as manual labourers. Seeing these untouchables, nay the out-castes, who are living in wretched conditions, the 33 crores of gods but again these are Hindu gods, at least Allah maybe be taking pity of them. Even the people other than the Hindus will also condemn these out-castes because even when their whole humanity has been deprived of them they are not rising against their suppression. They are not human beings, they are just insects.

There are people even among the untouchable communities who say that the untouchables are sandwiched from all corners and there is no way out to escape from their existing insect like living. The untouchables have no knowledge (education) because they are poor and they are powerless because they have no knowledge. This is a correct logic but it should not be forgotten that it reduces the importance of those who are fighting against the practice of untouchability. The real humanity lies in breaking the barriers. It is a good sign that the sense of humanity (self-respect) is growing among the untouchable communities. Because of the evil practices in Hinduism the crores of high caste people who are irrational, obstinate and are not even god fearing are treating our people as untouchables. As long as these people treating us as untouchables are there, our people are bound to remain in a miserable condition. It is a happy augury that our people have realized this whole social dilemma.

There is no better source than the newspaper to suggest the remedy against the injustice that is being done to our people at present and will be done in future, and also to discus the ways and means for our progress in future. If we throw even a cursory glance over the newspapers that are published in Bombay Presidency it will be found that many among these papers take care in protecting the interest only of some (upper) castes. And these have no interest in caring for the interest of other castes. Not only this but sometimes they go against the interest of other castes. Our warning to these newspapers is that if any one caste remains degraded it will have it shocking effects on other castes too. Society is like a boat. Suppose a sailor in the boat, with the intent of causing some damage to other sailors or for making fun of them to see that they are frightened, strikes a hole in others’compartment because of his destructive mentality, the result will be that along with other sailors he will also sink sooner or later. Similarly, a caste which makes other castes suffer will also undoubtedly suffer directly or indirectly. Newspapers, therefore, interested in their own selfish interests should not follow the examples of a clever fool who deceives others and protects his own interests.

Fortunately, there are some newspapers, which appreciate the rationality of our argument. The papers like Din-Mitra, Jagruk, Deccan Rayat, Vijayi Maratha, Dnyan-Prakash, Subodh-Patrika etc. often discuss the problems of the untouchables in their columns. But it is also clear that these papers are occupied with the problems of non-brahmins, whose population is big enough in number. Therefore, devoting sufficient space for untoucahbles problems is not possible for them. Anybody will admit that there is a need of an independent newspaper to discuss especially the problems arising out of the miserable condition of the so-called untouchables. This newspaper is born to meet this need.

To devote to the discussion mainly on untouchables’ problems the newspaper such has Somwamshiya Mitra, Hindu Nagarik and Vittal Vidvamsak, were born but hey did not live long. The paper Bahishkrit Bharat is somehow continuing with difficulty. I end this matter with assurance that if the subscribers extend their proper co-operation the paper Mook Nayak will courageously work for the great cause of our people to show them the right path and their experience will show them that our assurance was not wrong. 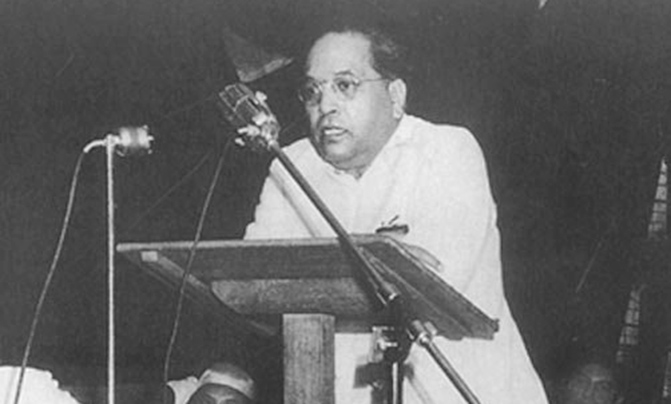