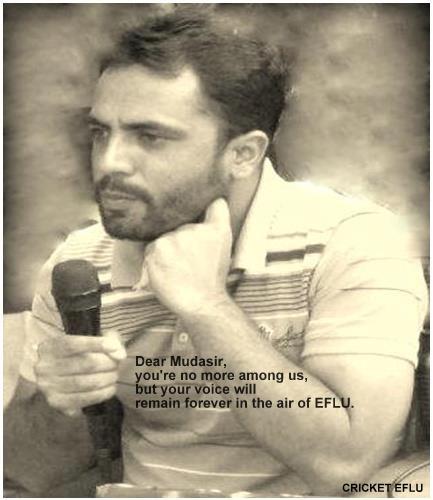 English, the language of a united collective; but also a language that found itself wanting today, as if unable to express the most basic of needs, the most just of demands. Of all days today English was at its banal best. As if clichés had eaten into it, gnawed the life out of it, bent it into prosaicness. Like “We Want Justice.” As we gather here today, at the English and Foreign Languages University– an institution that is just 5 years old with already four student deaths to its tally– to protest the high-handed and insensitive treatment of Mudasir Kamran, to honor his memory, and most of all to claim on his behalf, and on the behalf of all of us, the students at this University demand and urge “We Want Justice”.The prosaic cliché of this oft-repeated slogan was unable to state on our behalf the bare life of it as well as the spontaneity and the enormity of it.

But we continue, hopeful that the voices might pierce through the thickest of walls, and the hearts of those who arbitrate therein. The English and Foreign Languages University, in the past few days, witnessed the most attended rallies, the loudest of slogans (albeit in mundane English). Surely there are times when words fail, and not just when one is perturbed by the incapacity to comprehend how a just cause can ever be met with deaf ears, words fail when justifications are none that men (and women) at the helms of power lend the boots, the lathis, the full gear of riot policemen, to talk on their behalf. The University, in the last two days, also witnessed the highest number of policemen.

Mudasir Kamran, a PhD student in the ELE (English Language Education) Department, succumbed to the atrocities of an insensitive and high-handed administration on the night of 2nd March 2013. A member of the administration, Proctor Harish Vijra, responded to a scuffle between Mudasir and his friend by handing him over to the police. What could have been dealt with in a sensitive manner within the university, in a space where a student can feel confident and heard, was instead dragged to a police station.

Mudasir now joins the list of Anurag Sinha, Muthyam, and Balaji; their deaths as accidental as their lives in administrative records.

Mudasir Kamran was also one of the rare Kashmiri students on our campus. It is correct to say therefore that he was a representative of Kashmir and a bearer of the collective memory of the Kashmiri people. A police station can mean different things to different people. And as far as a Kashmiri is concerned, especially in the light of recent national developments, there is every reason that a police station would recall fears of being branded a ‘terrorist’. Even with the kindest of policemen around, there is no reason why Mudasir should have felt any less disturbed.
We strongly believe the administration clearly understands the implications and possible consequences of subscribing to police action against a Kashmiri Muslim student in the present context of Afzal Guru’s execution and the bombings in Hyderabad. Yet the administration chose to turn against the needs of its very own students and treat him like a criminal and a mentally ill person, who ought to be ‘treated’ by the police.

In situations of conflict between students, one can only hope that the administration’s basic response would be to provide counseling services or to create a safe context in which these problems can be resolved, instead of handing the students to the police to be intimidated.

It is not the first time that the Proctor has shown complete absence of empathy towards the needs of students. We should also know that the proctor was well aware of Mudasir’s problems for the last few months and chose to turn a blind eye. Now, the choice for an administration is to either work as an organic extension of the students, teachers and the non-teaching staff; or work as a pre-programmed machinery at a loss for complexity. In the first instance, the administration would not find itself hapless in the face of a distressed student. In the second instance, such an administration finds its closest ally in the police. Proctor Harish Vijra’s insistence on police intervention just goes to show the protocol-philic nature of this administration.

In her initial responses, the Vice-Chancellor who not only refused to join the students in mourning the death of Mudasir, showed utter thoughtlessness in refusing to provide any compensation for Mudasir’s family. Moreover, she continues to protect the proctor, in spite of his clear responsibility in the death of a student. Since Mudasir’s death, most of us have been witness to the unprecedented presence of policemen on campus fully geared to silence any kind of resistance. Our university had turned in to a police campus with the Vice Chancellor openly instructing police to ‘take care’ of the situation. We are aware from recent incidents how the police ‘takes care’ of protesting students.

The EFLU administration showed no sign of remorse and continued to treat its students like a law-and-order problem.Their fraudulent and pompous display of condolence seemed best decorated by the distasteful presence of the police. The conspicuousness of khaki-wardi presence in the condolence meeting organized by the Registrar was in striking contrast to the near-total absence of university students, most of whom were not adequately informed of the meeting.

Hundreds of us, led by student organisations (TSA, DABMSA, SIO, MSF, BSU, TVV), gathered today to express our solidarity with Mudasir and to protest police surveillance on campus. We refused to initiate any dialogue with the authorities until the last policeman was flushed off the campus. But members of the administration continued to claim they had not solicited the presence of police on campus. This is completely contrary to what our university constitution guarantees;no police intervention without the permission of the Vice-Chancellor.

Following the persistent protests of the students, the VC could only promise a fact-finding committee to investigate the circumstances surrounding Mudasir’s death, and expects the students to trust in its impartiality even as Harish Vijra continues to be the Proctor. While we earned the smallest of our victories as the administration requested the policemen to leave the campus, our spirits were soon dampened. The administration denied the students their right to represent themselves in the fact-finding committee.

Today we concluded our protest with renewed energy, with the promise to return tomorrow, in greater numbers to mourn the loss of a friend who enlivens our protest today, for a student community, more fearless, more democratic. Join us in protest, in solidarity.

1. Suspension of Proctor Harish Vijra immediately
2. University has to lodge a criminal case against Proctor Vijra
3. Monetary compensation of Rs.20 Lakhs to the deceased family
4. Provision of Employment to a member of the deceased family
5. Establishing a proper administrative system to prevent any further incidents of this sort.
6. Resolve all the existing pending cases filed by the students by taking an appropriate action against the erring authorities. 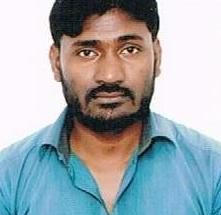 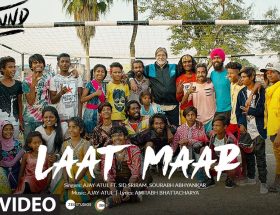