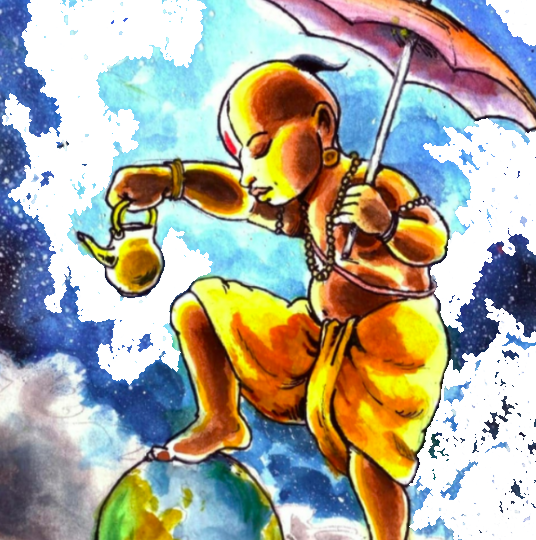 In the recent ruling on the EWS verdict on November 07, 2022, the Supreme Court decided to enforce the 103rd Amendment, which grants 10 per cent reservation to some communities who are poor to uplift their social status. However, according to recently published data on November 02, 2022, by Sanyukta Kanwal, 45 million women and 38 million men still live in poverty in India. Therefore, what is the basis for creating a supernumerary category of the ‘poor’ called the EWS when existing economic marginalization is massive and does not include the generational effects of caste but class deprivation?

Can the EWS, known as the Economically Weaker Section reservation, remove poverty in India? Who can claim to be poor, and who cannot? Who can claim to be the EWS reserved, and who cannot? Does the EWS take the entire gamut of millions of poor within its scope? Is it not a travesty that reservation is extended to some sections considered poor while the rest are left reeking under the poverty line with no adequate housing, food, education and employment?

What is the fate of those millions who live on the streets – migrants, manual scavengers, destitute, and those poor who belong to no citizen’s land? Instead of bringing into effect robust economic policies and development to counter unemployment and poverty, the EWS quota satisfies the whims of Savarnas and political parties to reserve reservations according to their taste buds and preferences. Reservation for Dalits has become a joke.

The EWS does not and cannot be said to be affirmative action for removing economic marginality because improving poverty indexes requires attending to festering economic policies and not infesting the reservation discourse with generalized marginality. The EWS reservation is a class-selective favouritism granted by the present government to these sections.

It is only an ‘Electoral Working Scheme’ and a votebank mechanism for the BJP to satisfy and satiate some sections of the society who are neither so rich nor can claim to be Dalits, Adivasis and OBCs to get reservations. This section constitutes the poor upper castes who, despite being poor, have the cultural and political power to re-form reservation in their favour if not re-move it.

This means that now there is a paradigm shift in the understanding of reservation which Babasaheb envisaged for Dalits, the downtrodden amongst the downtrodden, who are considered the untouchables or Bahishkrit (outcastes) of Indian society and who silently continue to suffer caste violence at the hands of these upper caste sections of the society.

If reservation benefits the Dalits and so-called lower castes, then shouldn’t reservation be, in the eyes of the country’s upper-caste decision-makers today and from time immemorial, the first and foremost affirmative action for poor upper castes who have been the ‘superior born’? The challenge of protecting the idea behind the ‘reservation’ started by Babasaheb is not new today. It is inevitable that in the historical periods to come, it will be under further attack by forces against this constitutional protection extended to the Dalits and minorities.

We need to ask what the difference was between Babasaheb’s purpose of introducing reservation as affirmative action and EWS reservation’s purpose. Babasaheb saw that upper-caste Hindus would never extend their helping hand to the Dalits to uplift them, and it is only through the Constitution and law that this social justice could be guaranteed and extended to the Dalits.

The EWS reservation, on the other hand, threatens the very idea of this affirmative action and social justice as constitutional protection granted by law to the victims of caste Hindu society on whose sweat and labour Hindu upper castes lead their lives. The EWS quota is a reservation that ‘Endangers the Weaker Sections’, cutting affirmative action by that same sword meant to cut social injustice by granting it simply based on class and not caste.

In the period of struggle for the downtrodden Dalits against caste oppression, Babasaheb Ambedkar always had a sense of the majoritarian influence and its effect on the Constitution of India. He was aware that even if he had drafted the Constitution based on an enlightened liberal framework, the Constitution as a living document needed to stand the ravages of time. This endurance only time could tell, and indeed, the spirit of reservation and affirmative action for Dalits in the post-Ambedkarite period and from the Mandal-Mandir-Masjid years in the 1990s to the contemporary times records this cunning and depreciating shift.

The EWS reservation has efficiently blasted the policy of positive discrimination for the Dalits.  The current EWS quota has also made social justice a farce by allowing this term to erode its value, its meaning to caste victims and situations of violence that have never been so entrenched on the basis of the class than on caste.

In ‘Words of Freedom, Ideas of a Nation’ (2010), Babasaheb had long ago observed that an educated Dalit would still be lower than a non-educated non-Dalit, and a Dalit older man would still be subservient in position than a young upper caste youth. Such is the scale of degradation that education, age, and respect can never be the reserve of Dalits unless it is saluted to the Brahmins. It indicates, among many other examples against Dalits, that a poor non-Dalit will still be in a superior position to a poor Dalit to have the first principal claim to rights, liberties and opportunities than the rest.

The EWS reservation normalizes violence and injustice in the guise of affirmative action. Such a disguise can only blanket caste oppression more instead of removing economic poverty. Further welfare, economic policies and development, which continue to be shaped based on class primarily and not caste, have now become successful in shaping reservation too.

Will the constitutional protection of reservation or quota envisaged for Dalits to annihilate caste oppression continue to be manipulated by such colour, design and connivance of different parties, governments and politics, like changing clothes and fashion according to changing times and contexts?

What does changing the reservation mandate mean?

The EWS quota challenges and threatens the reservation mandate for the historically oppressed by violating the basic tenets of discrimination when it extends its ambit to include the same provision to caste discriminators. Not just in terms of class but in terms of access to land, labour, education, employment, marriage, sexuality, wealth, and poverty based on caste, can we annihilate caste oppression and caste inequality of Dalits and not simply material deprivation of Savarna-based economically weaker sections and social groups? Long ago, Babasaheb had said that if Hindus migrated to a different country, caste would be a global problem. Given the present legislation, EWS, if such a reservation is the favoured route to addressing economic marginalization, shouldn’t reservation be a global policy? Caste has undoubtedly infiltrated international borders, but reservation is indeed not a global solution for economic deprivation. A minute of silence to think, why isn’t it so?

Soma Mandal is a PhD researcher at the Indian Institute of Technology, Delhi. She had been previously at the School of Women’s Studies, Jadavpur University. Her e-mail id is somamandaliitd@gmail.com.