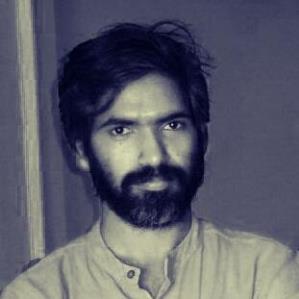 At the historical Yeola conference, in Nasik district, on 13th October 1935, Dr. Ambedkar exhorted the Depressed Classes to leave Hinduism and embrace another religion. He declared: ‘I was born as a Hindu but I will not die as a Hindu’. And finally on 14th and 15th October 1956 Ambedkar converted into Buddhism with millions of followers. Other than Buddhist teachings, Ambedkar gave 22 oaths to his followers which were a combination: of confirmation of Buddhism and rejection of Hinduism. With the conversion Ambedkar had provided depressed classes a formal citizenship. Ambedkar had also said that he found his philosophy of ‘liberty, equality and fraternity’ in Buddhism, not French revolution.

In contrast to Hindu religion Ambedkar found Buddhism an egalitarian, empirical and social religion, a secular ideology, with principles of rationality and morality, which understands the human world, and transforms it in the light of reason, and works for well-being and happiness of all. For Buddhism, Ambedkar had said in 1955 that ‘this religion should be accepted not only by men but by the gods as well….’ (Jaffrelot 2005: 119). That does say that along with the depressed classes Ambedkar envisaged transformation of whole Indian society. Gail Omvedt further sees conversion into Buddhism as ‘liberation cosmology’, not just ‘liberation theology’, promoting a just economical and social order (Omvedt 2008: 265).

The Psychological Impact of past, of ‘Maharness’, was not easy to wash away but presence of Ambedkar and conversion to Buddhism has notably provided new confidence to untouchables to speak up against their oppressor (Milller and Kale 2009: 317-59). In a convert’s testimony the new psychological impact of conversion was noted by Christophe Jaffrelot:

I have accepted the Buddhist Dhamma [doctrine]. I am a Buddhist now. I am not a Mahar, nor an untouchable nor even a Hindu. I have become a human being. I am now equal with high caste Hindus. I am equal with all. I am not lowborn or inferior now (Jaffrelot 2005: 138).

Jatavs (a north Indian untouchable caste) also perceived conversion as endowment of a new identity, and found a new self-esteem and feeling of solidarity. Owen Lynch in his study of social mobility of Jatavs in Agra notes that they took the route of modernization instead of Sanskritization and ‘much of their reinterpretation was due to their charismatic leader, Dr. B. R. Ambedkar’ (Lynch 2015:127). Therefore, it can be said that Ambedkar gave untouchables constitutional rights and the rational ideology of Buddhism to fight for self-dignity, reasonably and morally, against unjust social order, rather than looking for answers to their problems superstitiously in religion or in the results of deeds done in the past life.

Militant, educated youth, rejecting their identity as ‘Harijan’ and ready to engage in street fighting against caste Hindu bullies were spearheading a cultural renaissance. They were challenging the old customs, refusing to participate in Hindu festivals and smashing the idols that represented to them a religion of slavery. They confronted and debated with traditional buwas, babas, and sadhus, and many of these were brought into the movement. The educated youth started libraries… (Omvedt 2004: 147).

This means now they were educated and aware, and were not going to accept any superstitious practice, and were ready to argue and fight against all kinds of hypocrisy.  Eleanor Zelliot (1996) from an interview of Namdeo Dhasal notes that:

[C]onversion to Buddhism…freed the scheduled castes from mental and psychological enslavement…Religion (has) an attraction for the common man and it was not easy to change his attitude toward it…. [The Buddhist have] liberated themselves from old ideas of karma and destiny and from worship of Hindu gods. To the extent this facilitated their adopting rational attitudes to their condition in society, the chances of their actively striving to change their conditions were better (Zelliot 1996: 219).

Buddhism was not just a religion which Ambedkar replaced Hinduism with, it was morality, it is rationality, it is action oriented rationale; Buddhism means being democratic, which untouchables became through this religion. In Laura Dudley Jenkins’ study of women’s empowerment through conversion, one interviewee – Pratibha Ghedamkar – notes that:

Phulgaon was a small village. They were difficult days. Even drinking water was a separate arrangement for us. Then Babasaheb came to our village and he offered dikhsha to us. Thereafter the total atmosphere (vaataavaran) changed (Jenkins 2008: 163).

Gary Michael Tartakov (2008) too emphasizes the deep psychological significance of conversion, that it was not just a new faith believing in equality of all human beings but more importantly the rejection of a path that enforced a divine hierarchy, inequality and untouchability on them. Ambedkar provided Dalits an alternative path that promised them progress without limits. Moreover, it was not something new which Ambedkar provided to his people: with Buddhism Dalits also got its vast intellectual literature, tradition and great history and became heirs of ancient Buddhist art and imagery (Tartakov 2008: 181). Moving back into history provided Dalits a forward step, or more correctly they got their culture back which had been snatched from them and destroyed. Tartakov also notes that images and/or statues of Buddha and Ambedkar are not worshiped for devotion or to make offerings as with Hindu gods, but as great men to be respected and emulated for their rationality and morality. ‘The garlands placed upon them signify respect, not supplication’ (Tartakov 2008: 181).

The poems that emerged post Ambedkar are stronger markers of the psychological impact.

And the granddaughter of Gautama.

A man finds humanity there.

High or low, all are equal…

He gave us the conversion at Nagpur

He threw his light in the darkness

He never was the slave of anyone

He showed us the way of Buddha

He gave us salvation.

I’ll be in the satyagraha and I’ll see him

My second verse for him

Who gave us the right to draw water

For him, bai, we’re happy in this van.

My third verse is for Ramaai’s lord,

He made all the people like a happy bride.1

she too prefers to learn numbers,

she can no longer draw the rangoli,

but serves it as salt that too

and the rotis are burnt from below,

Like these poems show Dalits’ liberation, particularly of Dalit women from the vicious circle of patriarchy and religion, Traude Pillai-Vetschera (2007) too notes that Ambedkar’s movement made Mahar women ‘outspoken and self-conscious’, in which education played a major role (Vetschera 2007: 252-56).

There are another kind of poems too like, ‘Take a Hammer to Change the World’ (Dangle 2009: 5), ‘You who have Made the Mistake’ (Dangle 2009: 81), and ‘One Day I Cursed that Mother Fucker God’ (Anand and Zelliot 2014: 117-18), where there is agony, anger and revolutionary zeal to change the humiliating environment. There is a revolt in such poems. These poems are not just poems, they are revolutions in it, which light the path for the Dalit movement in contemporary times too.

The psychological liberation was almost everything, but to advance in socio-economic aspects of life focusing on other methods suggested by Ambedkar was also very important. For socio-economic betterment Zelliot finds the answer in a political party through which untouchables learnt to get their rights systematically and constitutionally. Zelliot in her long essay ‘Learning the Use of Political Means’ notes that the ‘Mahar of Maharashtra have used political means most consistently and unitedly in their attempt to better their condition’—which has resulted in bettering their economic conditions (Zelliot 1996: 86). Zelliot further argues that:

the term ‘political means’ covers both early efforts of scattered groups to secure governmental benefits and representation on legislative and political bodies, and later more direct efforts in the form of political parties that secured representation of their special interest, agitated for constitutional guarantees, and created for themselves a firm electoral base (Zelliot 1996: 86).

Therefore it can be said that the strategies of conversion and political consciousness reinforced each other, and provided Dalits an assertive autonomous identity, which helped them in ameliorating their social, cultural, psychological, educational, political and economic poverty.

Ambedkar’s every single activity and his whole life was completely dedicated to the liberation of Dalits. Therefore it is also very important to look at the different methods and/or strategies adopted by Ambedkar as a whole. His newspapers, conferences/sabhas, people’s education society, political parties, religious conversion, and his mantras of ‘educate, agitate, organize’ and ‘liberty, equality, & fraternity’ should never be seen as separate entities, but as a whole. Religious conversion was also a very much part of his politics for liberation of Dalits, and in today’s time it is very important for Bahujan politics to make Buddhism its part and parcel. If not done then as Babasaheb said “Men are mortal. So are ideas. An idea needs propagation as much as a plant needs watering. Otherwise both will wither and die”, this psychological impact will also wither and die.

1. From song sung by Ambedkarite women who took part in the satyagrahas of landless workers in 1964. See (Pawar and Moon 2008: 1

Dhamma Darshan Nigam is an activist and writer. He can be contacted at: ddnigam@gmail.com 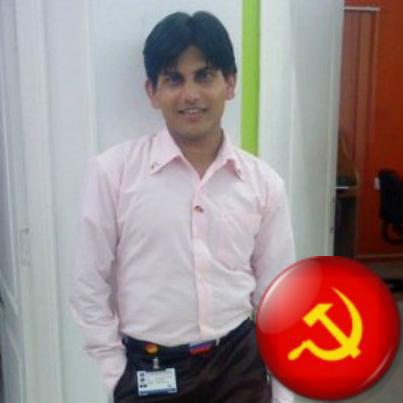 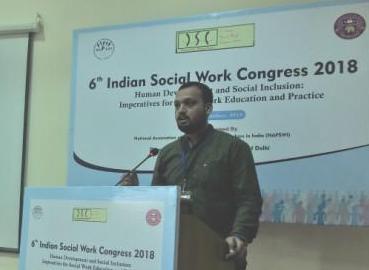