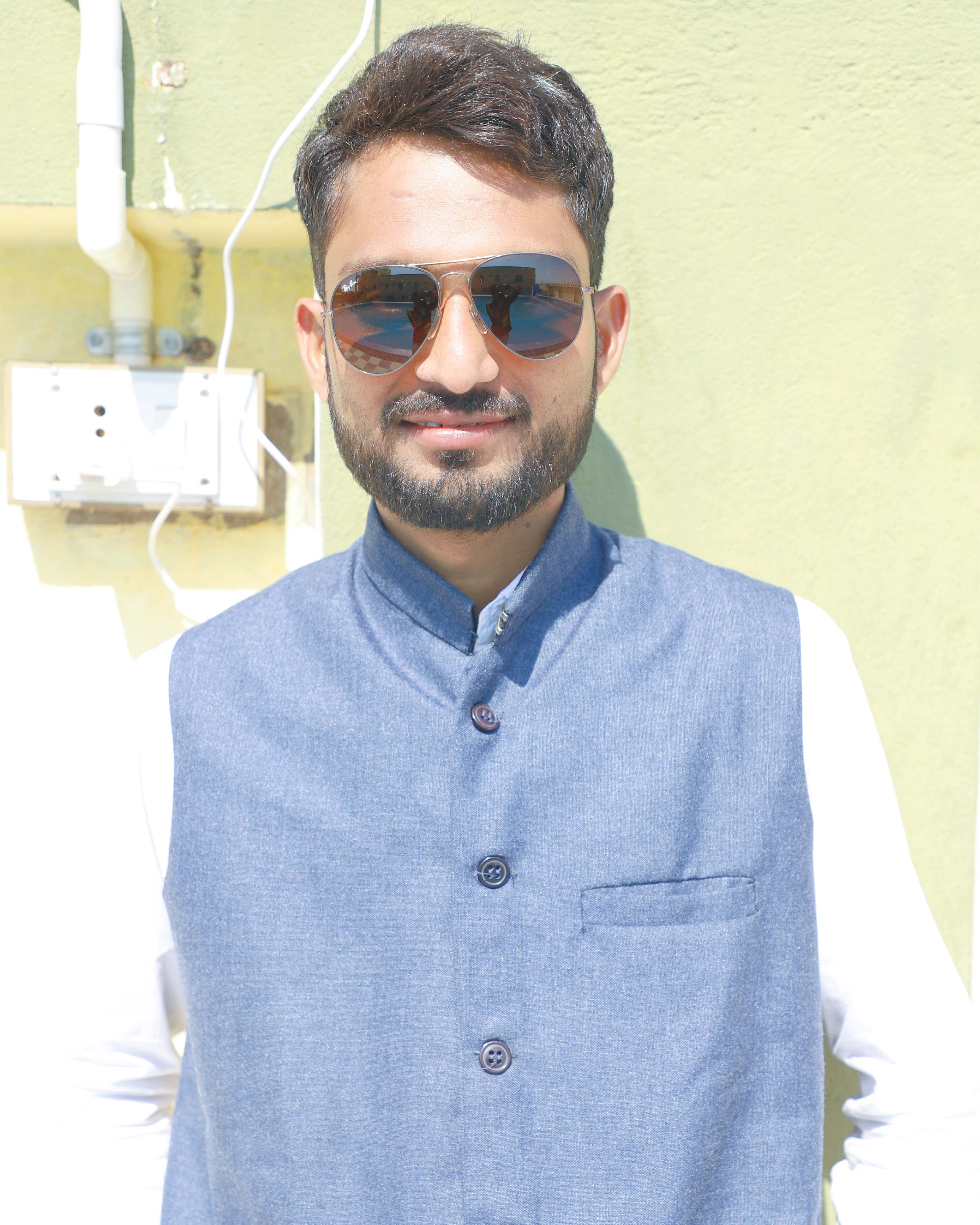 While the whole world is fighting with the Corona pandemic, India too has not been able to keep itself out of its grasp. On January 30th, 2020, the first case in India was reported in Kerala. The number rose to 3 by the February 5th, when some students returned to India from China’s Wuhan. Later, we saw the first death due to corona in India, on 12th March. It was a 76-year-old returnee from Saudi Arabia. Such has been the rise in the numbers of the corona patients that almost all the Indian states are now affected. This exponential rise could be gauged from the fact that from nearly 100 infected patients on 15th March, the number went up to about 1000 on 28th March, then almost 2000 and 3000 by 2nd April and 4th April respectively. And the latest, by 11th April, the number rose to 6565 in the country. The death toll had risen to 239 as I write this article; the numbers are still increasing.

In the Bhilwara region of Rajasthan state, the 1st corona patient was reported on 19th March. With 5 more cases on the very next day i.e. 20th March, the District Collector Rajendra Bhatt of Bhilwara district authority ordered curfew with immediate effect. What started with one infected Doctor of a private hospital, through the staff, the virus spread in the district, after which the said hospital was sealed immediately.

Bhilwara Model: How did it work?

Now that the whole country is talking about the Bhilwara Model, it is important to know about its functioning. Ever since the rise in the number of patients–to such levels that Bhilwara was compared with Wuhan (where it all started)– the District authority initiated efforts on a war footing, worked day and night to turn this situation of this unprecedented crisis into a benchmark in public welfare. With the report of the very first patient, the first step the authority took was to immediately impose curfew in the whole district while also sealing the district borders. This helped in barring the entry of people from outside and quarantining the potentially infected within the district.

After this, the District authority placed regulation on public movement by setting up police check-posts at 20 different spots and also started identifying the possibly infected persons while sealing the hospital where the staff was found infected. A list of patients who were admitted or visited the hospital between 22nd February to 19th March was prepared. It was informed to the Collector that in total 498 patients from 15 Districts and 36 from 4 other states visited the hospital in the said span. They were sent to isolation and the 253 hospital staff and other 7000 patients in the district were screened during this period.

The District Authority, along with the municipal council, conducted sanitization in all the 5 wards of the City and fumigated 1 % hypochlorite in the lanes and residential colonies. It is notable that in the Bhilwara district, around 6000 employees conducted screening of 25 lakh people, the largest till date in the country. Also, those who came in contact with the patients were identified. Over 7000 people were sent to home quarantine and more than 1000 people were quarantined at 24 hotels, resorts, and Dharamshalas. An isolation ward was set up at the Mahatma Gandhi Government Hospital, Bhilwara, for the corona patients. There was a change in duty timings every week for the doctors and medical staff, and as a control measure, everyone was sent to 14-day quarantine after a week’s duty. As a result, none of the 69 staff members got infected.

It is worth mentioning, that even during lockdown applied across the country by the central government, the Bhilwara administration ordered 10-day maha-curfew from 3rd April to 13th April, under which even NGOs and media persons’ passes were canceled. This was a complete lockdown, where no other person other than the Emergency team was allowed to move around. Such a measure was employed to stop the community transmission of the virus. Also, whenever an infected person was found at a village or any region within the district, it was considered a centre point from which 1 km distance all around was marked as a no movement zone and sealed accordingly. During this curfew period, the authority set up a team of government officials to make arrangements for free food packets and groceries for the laborers and needy persons. The team distributed essential food and groceries, ward wise on periodic intervals, information about which was made public before the imposition of the curfew, ensuring no inconvenience to the people.

The Bhilwara model of Cluster Containment is being discussed worldwide now and is being implemented throughout the country to counter and control the COVID pandemic. In building a mechanism that matched Wuhan’s management of COVID, all the administrative units of the District contributed to the success of the Bhilwara Model.

Whenever the question of merit is raised (in this country), then often a specific group of people has been claiming it and deriding the SC, ST, and OBCs saying they will make progress only through reservations which are diluting merit. But these merit clinging people make such distinctions by deliberately keeping their eyes closed to the fact that the working class SC, ST, OBCs ( Bahujans) have achieved incredible feats in every field, with their immense labor, hard work and brilliance. Defining merit, without considering background and context, has always been the forte of the self-proclaimed meritorious, ignoring the fact that given equal opportunities and resources, the Bahujans will prove themselves in each and every field. Be it admission to Universities or selections in jobs, Bahujans are always kept out, considering them unfit or of less merit, that too without giving equal opportunities to stand in the competition.

The self-proclaimed meritorious savarnas tag the Bahujan as low in caliber, while they also fear to compete with them, on leveled grounds. Notwithstanding such barriers, the Bahujans even with the limited options, have always astonished all with their talents and achievements. A living example of which was set by these ‘ less meritorious’ considered ones of Bhilwara. The professionals and workers who put in their lives to save the people from such pandemic that made Bhilwara an ideal, all belong to the ones who are tagged unfit and less meritorious.

Of these, the first one who needs to be mentioned is Tina Dabi, IAS, who in 2016 cleared the toughest competition in the country and had even topped the IAS that year, giving the right counter to the merit mongers, who later held reservation responsible for it, and again as expected, questioned her ‘merit’. While they keep up with their hatred, this Bahujan daughter, Tina Dabi, now positioned as the SDM of Bhilwara has made us proud again. Tina Dabi worked tirelessly with the Administration, staying alert day and night, efficiently leading the Task Forces set up in the district.

Her wise leadership, decisions and innovative suggestions, helped the Bhilwara Model take shape. Also important in this was the contribution of Superintendent of Police, Harendra Mahawar, who comes from the SC community, and is sensitive to the issues of the poor and marginalized. Ensuring no one in the district starved in this pandemic period, he himself is delivering food packets to the needy ones. A community that toiled for a day’s meal for long, an officer coming from the same community, is now assuring food supplies for all. With the expertise and diligence of SP Mahawar, every person in the region is getting essential supplies. Also, outside each of the 1215 homes in ‘isolation’, an official has been appointed for strict patrolling. With such groundwork and disposition, Bhilwara developed as an ideal model for the country.

When the Coronavirus entered India, at its very outset, the casteist trolls had said that let the SC and STs have the first claim over it. Such trolls against SC and STs around this terrifying epidemic only shows the viciousness of the casteist minds. But here, coming as an apt reply to such a mindset, the Bhilwara model was built by a group of Bahujan Doctors and Officers. A team of Doctors in district led by two Bahujan Doctors, Dr. B.L. Meghwal, Associate Professor, Udaipur Medical College, and Dr. Ramawtar Bairwa, Medicine Expert, Sanganer Medical College, worked tirelessly towards this end. While the team members, Dr. Gautam Bunkar, Dr. Daulat Meena, Dr. Surendra Meena, Dr. Dev Kishen Sargara, Dr. Maneesh Verma, Dr. Kavita Verma, Dr.Chandan, Dr. Mahesh, Dr. Rajkumar and Dr. Shiv–all belong to the Bahujan ( SC, ST, OBC) communities.

It is often heard and is baseless rhetoric about the Bahujan doctors, that some of them leave surgical scissors inside the patient’s bodies, during operations with no substantiating data. I would say, if a survey is conducted about grave mishandling of surgeries, then only the names of those self-proclaimed meritorious doctors will surface, who have been boasting about their merit since time immemorial. Each of the Bhilwara team of doctors has exposed the casteist nature of the trollers who have been making memes, ridiculing the Dalit and Adivasi doctors. With their adroitness and visionary thinking, the Bhilwara doctors ensured the full safety of the residents from this world pandemic. By making Bhilwara an ideal model before the world, they have again proved that merit is not a property of the dominant few, but is actually an outcome of favorable circumstances and equal opportunities. And that whenever the Bahujans have got such an opportunity, they have always turned done an unparalleled and remarkable job.

We are in the 21st century, a realm of technical advancements, but still, in this part of the world, the Bahujan face inhuman treatments. There are places where they have to agitate to merely sit on a charpoy outside their homes; also, there are instances where police security is required to conduct Baraat (wedding procession) as that would boil the blood of the so-called upper castes. Recently, a Member of Parliament who is a Pundit (brahmin), with his men brutally beat up a Dalit Tahsildar (Executive Magistrate), accusing him of not following his orders. The SC, STs, and OBCs who are ridiculed as wild weeds who have sprung from reservations, and many more disrespectful terms, are relentlessly performing their duties for the country. Be it as an army jawan on the borders, or in such circumstances of national crisis, the Bahujans have always come forward for the nation. This is the legacy of Babasaheb that these Bahujan officers and doctors are continuing. As a result of their efforts, between 19th March to 10th April, Bhilwara managed to limit the numbers of contracted persons to 28 and 25 of those fully recovered and were sent home. With their persistent efforts, the Bahujan doctors and officers, have set a benchmark before the country in the name of the Bhilwara Model.

Neeraj Bunkar is currently working in Rajasthan as an activist among dalits and adivasis and has previously done MA Social Work in Dalit and Tribal Studies and Action from TISS, Mumbai.

Translated from Hindi by Subodh Minto.