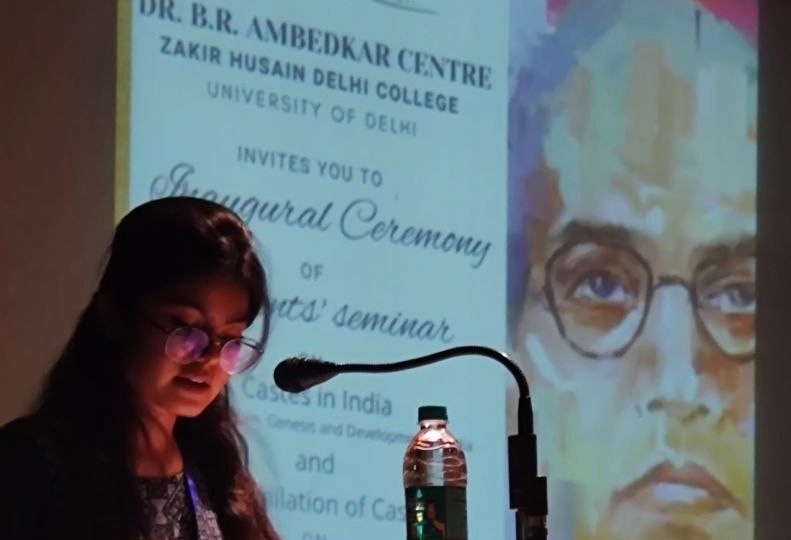 On September 18, 2022, many national newspapers reported that the body of a minor Dalit girl had been discovered in Uttar Pradesh’s Budaun district, near the railway line in the Faizganj Behta police station area. The following day, on September 19, another piece of news came from the Philibhit district of Uttar Pradesh, claiming that a Dalit girl had died after being gang-raped and set on fire by two men. Sexual violence against women is one of those heinous acts used by men to demonstrate their power and control over women, and such atrocities against women have always been a part of the so-called civilized human race. Women from lower castes, specifically Dalit women, are the worst victims of all kinds of brutalities in India.

But the question here is whether such atrocities are limited to Dalit women. And why should women from other castes, particularly the Savarnas, be silent spectators and possibly collaborators in crimes against Dalit women, remaining indifferent to their plight? No one can deny that the caste system has been most brutal to women from the lower castes, who face brutalities for being both lower caste and women. What also cannot be denied is that even Savarna women are not immune from the discrimination, oppression, and brutalities that directly or indirectly result from the caste system. Still, the Savarna women have discriminated against the lower caste women rather than acting as a united force. The major question which arises here is, “Is the caste system only the problem of lower castes?”

Caste, which Ambedkar calls “The division of laborers which sets a hierarchy in which they are graded as high and low” has been a problem unique to India. It is so deep-rooted in Indian culture that even Article 15 of the Indian Constitution, which ‘forbids discrimination on grounds of religion, sex, caste and place of birth’, appears to have been ineffective in eradicating it. This institution, which led to the worst form of discrimination and brutalities against a majority of the population is not hidden from anyone. However, there is one aspect of this institution that many people are unaware of:  its relation to discrimination against women.

Ambedkar writes, “Caste without endogamy is fake,” as without it the concept of purity which is attached to caste institutions would not exist. Practicing endogamy is not as simple as it seems. Not only it is unscientific but also acts as a tool for controlling female sexuality. It is unscientific because it generates a problem of what Ambedkar calls the problem of ‘surplus males’ and ‘surplus females’, which further led to the worst form of brutalities against women. To make endogamy a norm it is important that there remains a parity between males and females in every caste group, which is almost impossible. In case the husband dies first, it would create a problem for surplus women and if not taken care of, she would become a danger to the norm of purity as there are chances that she can have intercourse with a male of another caste. Hence, to avoid this problem ‘sati’ system (burning the widow with the dead body of her husband), which was prevalent among Brahmins came into practice among lower castes, in order to imitate their masters. However, being too brutal it could not gain much popularity. Enforced widowhood for Savarna women became a better option. In another case, if the wife dies first, it would create a ‘surplus male’, and if not taken care of, he would again violate the norm of purity. Hence, celibacy was an option. But as Ambedkar writes, “I is in the interest of the caste to keep him grihastha.” Thus, the result was girl child marriage, i.e., allot him with a wife below marriageable age, so that the ratio of marriageable men and women doesn’t get disturbed. Of these, enforced widowhood and girl child marriages are still prevalent in India. This is clear that endogamy as a norm is not only unfavourable to women but also brutal.

The entire responsibility to maintain the purity of caste fell upon the Brahmin women. These women were always mere caretaker of this caste system, who were just there to maintain the purity of this caste group, without having any rights identical to Brahmin men. This claim can be proved from the fact that Brahminical norms allow Savarna male to marry a woman belonging to lower caste but opposes marriage between a Savarna women and a lower caste male.

When we look closely at the popular feminist movement that demands gender equality and fights patriarchy, we see that it did not emerge in India with the same force that it did in other western countries around the world. The reason for this is that the form of patriarchy that exists in India is Brahminical patriarchy, which is entirely different from the form of patriarchy which exists outside India. The irrational, illogical, unscientific, and unethical system of caste is the biggest hurdle in the path of ‘feminism’ in India. This system is not only responsible for the poor condition of Indian women but also prevents them from uniting against the Brahminical patriarchy. Fighting against this form of patriarchy would mean fighting against a system that has got the religious backing of the law book of Hindus, ‘Manusmriti’.

What makes this fight for women’s liberation in India more difficult is the lack of realization, especially among the so-called Savarna women. Somewhere, the women belonging to the upper castes have consented to all the oppressive practices which are the basis and substance of the caste system. Not only they have consented but also played willingly an active role in the protection and continuation of the caste system, which in turn has resulted in their oppression.

Many young Savarna women studying feminism as part of their curriculum would claim to be feminists while also being the first ones to defend Brahminism or its oppressive rituals. They are unable to overcome the illusion that they have any social standing in this caste institution. They acknowledge that discrimination against women exists within their families. However, they deny that there is any link between women’s discrimination and caste. Not only are they ignorant of this aspect of caste, but they also discriminate against people from lower castes. I remember the first question my PG mates from Haryana asked me was what caste I belonged to. Before I could respond, my roommate, assuming I was of a lower caste (which I am not), stated that I am not a Brahmin. After that, I noticed a sudden change in their expression. And they took pride in their so-called upper caste superiority.

Even after having such a deep relationship between caste and women, the issue remains quite unpopular among the younger generation, both males and females. Female students remain unaware and ignorant towards this relationship. They advocate feminism but avoid speaking against the caste system and follow oppressive religious practices with great faith and dedication and do not stand in solidarity with the Dalit women. 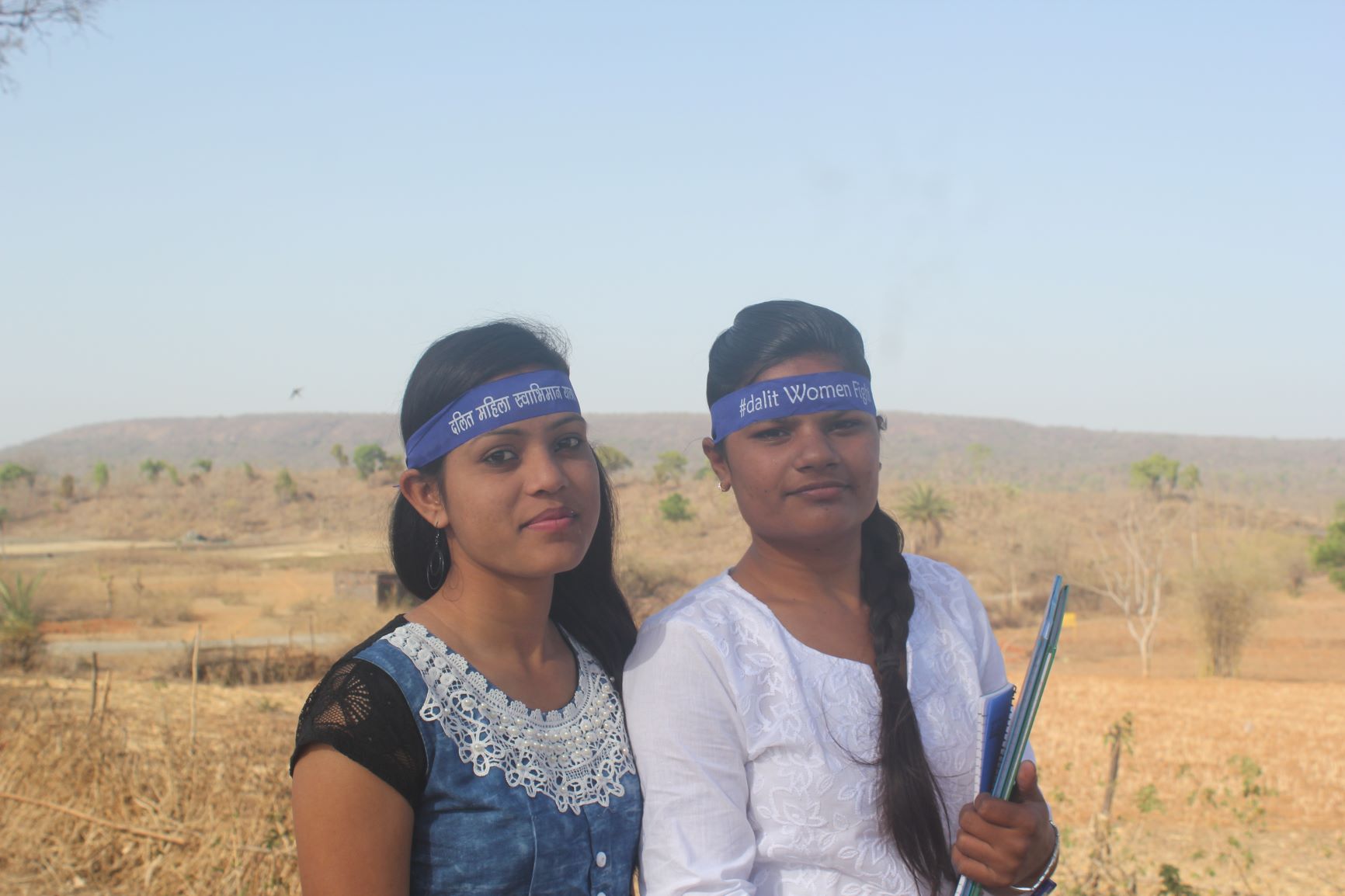 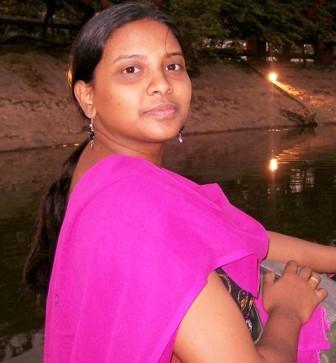