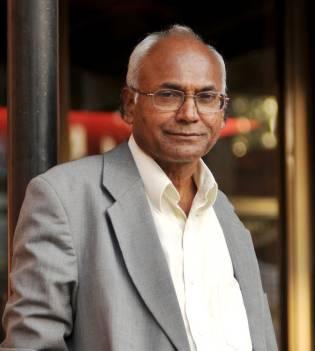 The opening of the retail market for foreign entrepreneurs has invited sharp reactions from several quarters.

The main argument against it is that the livelihood of millions of small shop owners would be seriously affected as they would be handled by global marketing giants like Walmart and Tesco.

According to the opponents of foreign direct investment (FDI) in multi-brand retail, the small marketing sector will be devastated and this would lead to massive unemployment and hunger.

And the supporters of FDI argue that the inflow of foreign funds would create a lot more jobs and the small shops would suffer only marginally.

I, for one, welcome FDI in retail even if it would disrupt the chain of small shops as that is appreciable from the point of view of the likely social change it will bring about.

Certain systems are so well-entrenched in this country that a serious shake-up is long overdue.

For one, if we look at the caste-wise presen­ce of people in the groce­ry (kirana) shop system that is spread over villages and urban areas, the locally entrenched baniyas and marwadis control the major chunk of the grocery business. In these shops, as a rule, they do not employ those from the lower strata of society.

Even in urban areas, when they need someone to supplement the role of their family members, caste comes into play.

They make sure dalits are kept out. The OBCs do have some space in the baniyas’ scheme of things, though this business is mostly run by family and clan members. They are, I noticed, casteists to the core.

One major character of the Indian retail market was or still is that it historically practised untou­chability vis-a-vis da­l­its.

The shudras, though not untouchables, were not supposed to engage in the retail business of essential food items in ancient and medieval times.

Even now, this rule applies to dalits. If a dalit opened a retail shop in a village, those from the higher castes would not buy things from the shop.

From village upwards, the baniyas (komatis and marwadis in An­dh­ra Pradesh) have, over generations, established their hegemony.

Rice, pulses, oil, turmeric and even salt were considered Hindu items and only a baniya was ex­pected to sell them in the village settings.

Meat, fish, ropes and other thi­n­gs were considered “un-Hindu” and were ne­ver sold in these sho­ps. Leather goods were completely banned and were sold by those cast­es and communities that manufactured them.

The fact remains that at the production level, even the Hindu goods, as raw materials, were/are produced by shudras and dalits only. Even at the milling and grinding level, they were/are at work.

But, once they reach the baniya shops as finished products, these commodities become untouchable for the communities that produced them.

In a baniya shop, these articles are considered spiritually pure but once sold to shudras and dalits, the same articles become impure.

This vicious cycle continues. In the process, the shop owners become kuberas (rich). As a result, a huge amount of black money gets accumulated and in many cases they bury that we­a­lth underground, whi­ch historically was kno­wn as guptdhan.

This process un­der­cut the growth of in­di­genous industrial de­velopment, in as far as that this buried wealth was not being re-invested.

The wholesale busine­ss of groceries used to take place mostly from urban settings and it us­ed to be completely un­der the control of bani­yas.

Till we attained In­dependence, the right to do business in retail and wholesale market was vested on the basis of the Varnadharma ideology.

The entry of Muslim tra­ders changed the caste-based trade relationshi­ps in some urban centr­es, as the Muslim tra­ders were not concerned about the caste or religious background of buyers and se­llers. But their influence on the Indian retail market was limited.

The baniya businessmen and Bri­tish officials colluded to sustain the Hindu market and tried to checkmate the expansion of Muslim trade in the co­u­ntry during the colonial period. However, it was the Muslim traders who initiated the process of decasteising market relations.

That process, however, was slowed do­­wn during the colonial and nationalist pe­r­i­ods. Indian nationali­sm did not play a very positive role in this respect.

In Independent India, market relations have substantially expanded. But the caste controls of markets survived dramatically.

The emergent capitalist growth also shared its bed very well with the modern mode of Varnadharma.

The emergence of Mahatma Gandhi, with an anti-industrialisation theory, saw to it that varna relations did not face odds in the market.

For, if the baniyas lost their control on the markets, they would have become unemployed and looked for different ways and means of survival.

But the Gandhian nationalism protected them with a shield of Varnadharma in the market. Though his emergence as an unchallenged leader created tension between brahmins and baniyas, that was overcome very soon. Between them, they accommodated and adjusted well.

Till the liberalisation process began in 1991, the Indian retail market was choked by caste controls and a lack of liberal creativity in the business structures themselves.

Hopefully, if the FDI in retail liberalises the caste-controlled ma­r­ket, a new relationship would begin to unfold in the Indian market system.

It is important that foreign investors res­pect the social diversity principle in the retail market and employ SC, ST, OBCs too in their chain of shops at least up to 50 per cent. That will create a business-experienced human resource base among these communities.

If the FDI system has to survive, it is imperative that a lot more money flows into the hands of the toiling masses. So that they too can become buyers in these shops.

The system of money transfer and MGNREGA resources, coupled with the new-found jobs in the market, might hopefully revolutionise their lives. In the process, if a few baniyas see their own exit from the market, that does not matter. Let the FDI come. 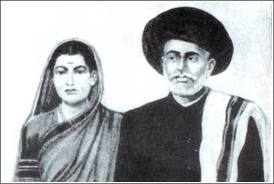