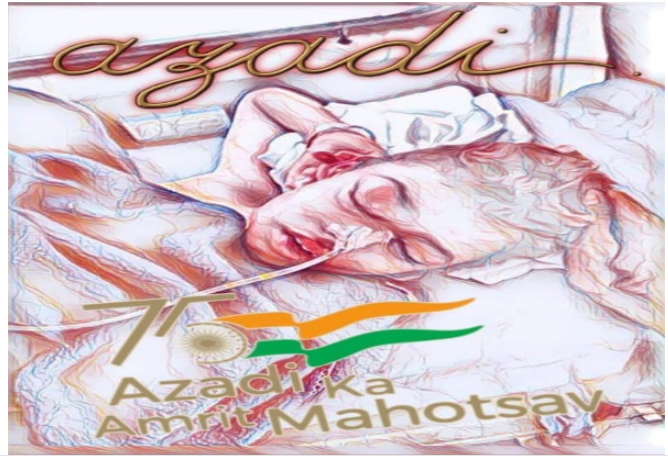 I am very upset today. Amrit Mahostav is going on in the country. It has been 75 years since the country became independent. But is the caste system over? This task is still incomplete. A Dalit student was killed after drinking water from a pot in Rajasthan’s Jalore district on the eve of Independence Day celebrations. Satyagraha of Chavdarthala has completed 95 years. Babasaheb had said that this struggle is not only for water but for basic human rights and re-claiming of public spaces in society…

75 years of independence where we remained deprived of basic human rights. The religious power here took away our right to live. Why just the right to drink water, it has taken away the rights for making love, for playing Dandiya, for dancing at a wedding, for sitting on a horse, for wearing sandals, for growing a mustache. From Khairlanji to Jalore. Is this the bitter meaning of freedom here? Where the freedom to live is under attack, where is the elixir of freedom to celebrate? When the house is burning on one side, how to celebrate on the other side?

According to Ambedkar: “A caste can easily organize itself into a conspiracy to make the life of a reformer a hell; and if a conspiracy is a crime, I do not understand why such a nefarious act as an attempt to excommunicate a person for daring to act contrary to the rules of caste should not be made an offence punishable in law. But as it is, even law gives each caste an autonomy to regulate its membership and punish dissenters with excommunication. Caste in the hands of the orthodox has been a powerful weapon for persecuting the reformers and for killing all reform.” (Ambedkar 1994:41)

Mahad Satyagraha was held on 20 March 1927. A satyagraha led by Ambedkar in Mahad (now in Raigad district), Maharashtra, India to demand untouchables be allowed to use public tank water. This day (March 20) is observed as Social Empowerment Day in India.

As per the protective measures, under the fundamental rights chapter of the Constitution, Article 14 ensures equality before the law and equal protection of the law. Article 15 guarantees non-discrimination based on sex, caste, race, religion, or place of birth, and Article 17 abolishes the practice of untouchability. Article 21, ensures the right to life and personal liberty to all citizens. In pursuance of Article 17 of the Constitution of India, the Untouchability Practices Act 1955 was enacted. Later it was amended and renamed in 1976 as the Protection of Civil Rights Act to make it more effective, after witnessing an increase in violence against members of Scheduled Castes (SC) and Scheduled Tribes (ST), leading to brutalities such as mass murder, rape, arson, grievous injuries, etc. But still untouchable practices are visible in India.

From whom did our country become free? If we are freed from British slavery, why is there no freedom to drink water in our country? What freedom does Amrit Mahotsav celebrate? It is a great tragedy that even today our country has not been freed from the slavery of casteism.

The continuous exploitation, rape, humiliation, caste oppression, and deprivation of rights of the underprivileged people in India is not new. Now, this whole thing has been normalized. The situation here has become so bad that the rape of women from underprivileged classes or the oppression of women does not even get simple social sympathy. Seventy-five years of independence seems to be only for the privileged castes and gender, not for those whose every morning is spent fighting for dignity, rights, and economic empowerment. The fervor of independence on the one hand and the never-ending struggle of Mahad for water on the other brings out the true face of Indian independence.

Even today we are treated worse than animals, which means no improvement either in us or in the touchable castes. Secondly, the  Chief Minister of Maharashtra has been appealing yesterday and the day before yesterday, let us establish unity by fighting for social equality with the determination of the people. When did people fight for social equality with determination?

Neither Agarkar’s reforms improved us, nor did Tilak’s Swaraj (self-government) give us freedom. If we follow Ambedkar and reform, it is these people who boycott us and rob our women of their dignity. All in all, they want us not to improve. But we will improve, change this whole society – this is our motto! People who threaten our freedom, tell them that – you are not free either. The British are gone, but their instincts are alive among the rulers. Free are those who treat us like slaves. So how can there be freedom in slavery? 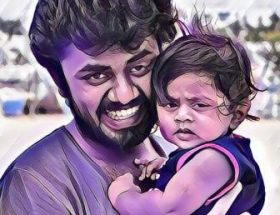