Jacqueline is better now. The expenses at the private hospital were quite steep, so her family, friends and colleagues got her discharged on Saturday morning viz. 21.07.2012. They felt that CSI Hospital (their employer) should admit and treat her. So they brought her to CSI hospital on Saturday. But the hospital refused to admit her. Jacqueline’s friends and colleagues tried to reason with the duty doctor for about an hour. But it was futile. The duty doctor kept saying that the hospital director had refused permission and he could not do anything. As some of the doctors are supporting the director, many felt that admitting Jacqueline forcibly could prove to be risky for her. So they finally decided to take her back home. Many of the nurses have pledged full support and said they would nurse her back to health at home itself. I met her on Sunday morning. She was able to sit up and talk for a bit and given a little solid food on that day. However, she is very weak right now. The doctors have said that it would take about 8-10 days for the toxins to leave her system completely.

Jacqueline cried a lot. She feels sad and angry at the situation. She says that majority of staff members went on strike in April 2012. But this time the number of staff members ready to incur the wrath of the Director has come down. She was very concerned that director had succeeded in dividing them, by using a combination of threats and favors. The threats include denial of leave even in emergency situations, refusal of admission into hospital for medical treatment (which the staff has been getting since inception), fear of transfer to remote places etc. The promised favors, which are yet to materialize, include making the temporary or probationary staff permanent, hike in salary etc. Jacqueline was also worried about the safety of her husband, Solomon. The PRO of the hospital, Tharan, one of the stooges of the Director has been trying to intimidate Solomon with death threats.

The Bishop (who happens to be the boss of the director) of CSI Chennai Diocese, came to the hospital on Saturday evening. When the news reached the staff, more than 70 agitating staff members assembled at the hospital and waited for him from 5.00 pm onward. Since the SP of Kancheepuram, Sri Manoharan is hyperactive in maintaining ‘law and order’ for the Director, police were deployed in large number within the hospital premises. The Bishop came at 6.00 pm, went in straight to meet Brinda Nirmal and her coterie and was closeted in a meeting with them for well over two hours. The assembled staff members, who had waited patiently for three hours became restless and the mood grew sombre. The DSP, Sri Chandrasekhar, who was on the spot (and is the only police official who happens to be impartial in this case), also realized that the Bishop was not interested in meeting the staff. The DSP went and very politely reminded the Bishop that the agitating members were also his employees. So could he meet the staff and listen to their grievances? However, the Bishop point blank refused to meet them. The employees were getting edgy and disturbed. As the Bishop tried to get into his car, they surrounded his car to prevent him from leaving without meeting them. There was a scuffle. The police lathi-charged the staff and ensured the Bishop’s exit from the place.

Now, it appears that another case has been booked on 5-6 staff members for attacking him. However, it is not clear whether FIR has actually been filed or the police have kept the complaint pending. So the charges / offences / sections are not available right now.

Please also read the earlier reports on these incidents:

Attempted suicide by nurse at CSI Hospital, Kancheepuram, due to harassment of the casteist hospital director and Jacqueline is conscious today but still not out of danger. 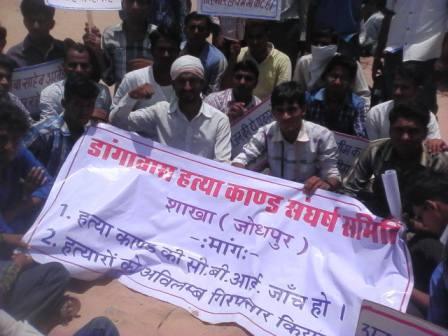 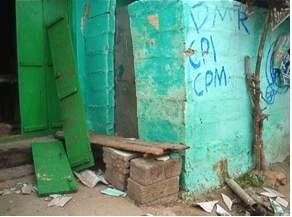