A few days ago, Richa Chadha shared the poster of her new movie, ‘Madam Chief Minister’, and it was immediately criticized for the depiction of the dalit protagonist. The protagonist, played by Chadha, was shown to be wearing a dirty t-shirt and holding a broom[1]. The gist of the criticism was that Savarna filmmakers can’t seem to portray a dalit character without essentializing their idea of ‘dalitness’ through some deformity, like Kachra’s hand from ‘Lagaan’, or through some other symbol of degradation, like the current movie’s poster. 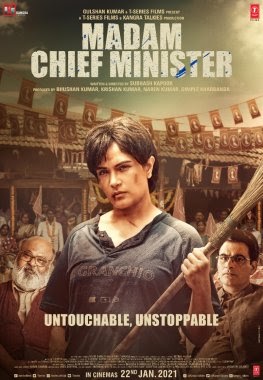 As far as criticisms go, this one is neither new nor particularly surprising for those who have seen similar criticisms before about how minorities and marginalized groups are represented in popular culture. Some people tagged Richa Chadha on twitter about this criticism. That got four kinds of responses from her and her friends. One, that we should not judge a book by its cover, but wait for the trailer.[1] Two, that the poster’s creation isn’t the actor’s responsibility.[2][3][4] Three, that it’s cancel-culture at work, and the critics are canceling her.[5][6][7] And four, that it’s the actress’s prerogative to ignore these discussions, similar to how she ignores Right Wing trolls.[8]

Let’s go into each of these responses and see how valid they are.

The first one is that we shouldn’t judge a book by its cover. Why not? It’s the job of a cover to represent what’s inside the book. That’s why graphic designers are paid to design book covers and movie posters. That, in fact, is why movie posters are released before a movie, so that they can set expectations for the movie and get the audience excited. No one tells us not to judge a book by its cover or a movie by its poster when we praise it. It’s only when we criticize it, that this trite line is thrown as a defence. So, this time we were told not to judge the movie by its poster but to wait for the trailer. What if we don’t like the trailer? Then we will be told not to judge the movie by its trailer but to wait for the movie? Why make all this effort of making posters and trailers then? Save yourself some money and just release the movie.

Moreover, people aren’t judging the movie. They are actually judging only the poster. What’s wrong in that? I may like a book, but I can still say that it has an ugly or unimaginative or problematic cover. Anything released for public consumption is open to be judged. Always has been, always will be.

The second point is that the poster isn’t the actor’s responsibility. That’s true, to a certain extent. I am not a film-industry insider. But as far as I understand, it’s a collaborative effort. Directors and producers do listen to creative inputs from actors, especially when the actors are influential enough. It’s not as if Richa Chadha couldn’t have voiced her objections with her team if she felt that the image used for the poster was problematic. The simple truth seems to be that she never saw it as problematic, and so she never said anything about it.

It’s not a crime to not have understood the problematic nature of something you participated in. Many of us have been there at some point in our lives. The question is, how do we react once the problematic thing is pointed out to us? Do we engage in a process of discussion and learning, or do we blame our interlocutors and refuse to even consider that they may have a valid point?

Miss Chadha has chosen the latter option. She’s saying that she’s being cancelled, subjected to agni-pareekshas, and that she refuses to engage on this topic. So, let’s examine her third response. Let’s see how valid her claim of being cancelled is. But to do that, we must first understand what is ‘cancel-culture’, and what does ‘being cancelled’ mean.

Cancel-culture is an American phenomenon, which emerged over the past few years. It refers to people having material consequences as a result of their political opinions. It began when some American college campuses cancelled the speaking engagements of certain public figures because of pressure from students who were opposed to the speakers’ political opinions. This is where the term ‘cancelled’ started. Later, when some people were caught in racist acts on video, which then went viral on social media, their employers fired them because of the bad publicity. This way, their jobs were ‘cancelled’. Another famous instance was when a group of school-shooting survivors were mocked by a news anchor, and they tweeted the news show’s sponsors to pull out their ads, and they did.[9] Thus, the ads for the news show were ‘cancelled’.

So, as we can see in each of these instances, cancellation had a literal meaning. Something was cancelled because of public pressure – speaking engagements, jobs, advertisements, etc. This is what cancel-culture means.

What does Richa Chadha mean when she says she’s being cancelled? Is anyone calling for her movie not to be released? Is anyone calling for a general boycott of her movie? Is she fired from any new movie she wanted to do because of the criticism of this movie’s poster? Is she fired from doing any product endorsement? Did she have a speaking engagement that she was disinvited from because of this poster? Is there any other sense in which she’s being ‘cancelled’?

No. Nope, nada, zilch. Not only has there been no material cancellation, but it’s not as if the bahujan community has turned its back on her either. There are as many bahujans congratulating her for her movie as there are those who criticized the poster.[10] Even those who criticized the poster didn’t ‘cancel’ any conversation with her. It was she who refused to engage in any discussion of the topic. So, if anything, it was she who ‘cancelled’ these conversations, and not the other way around.

This brings us to the last response – the refusal to engage with the criticism, while comparing the critics to right-wing trolls. It’s every person’s prerogative to choose not to respond to any criticism or to engage in any discussion. Indeed, many actors go quiet when there is any controversy regarding any of their movies, and wait for it to blow over. And there’s nothing wrong in that response, if you consider that acting is just a profession, a paid job. The actor acts, gets paid for it, and steps away. They execute the writer’s and director’s vision and have no strong opinions about the ideas and images promoted by the film. So, there isn’t much point in trying to engage in discussions with such actors.

The difference in this case is, that recently Richa Chadha was awarded Bharat Ratna Dr. Ambedkar Award, and on that occasion, she said this:

“For the year that we’ve had, it remains a continual duty of artistes to support the lesser privileged and help reinstate their lives. The job of an actor goes beyond an entertainer’s. We all carry the responsibility of uplifting the society, and as an influencer, I urge that more people join in supporting the lesser privileged.” [11]

When an actor talks about the social responsibility of actors towards the marginalized sections of the society like this, then they cannot claim to be apolitical professionals, whose only job was to act and to move on to the next project.[12] We expect empathy and understanding from them, because they profess to have those qualities.

But from the way she has handled the discussions around this issue, it seems that her idea of uplifting marginalized sections is as a saviour, not a comrade. Saviours can only be praised and adored, not reasoned with, far less criticized. Comrades criticize each other, support each other, help each other learn, keep each other accountable and push each other to do better. For social transformation and real change, a sincere comrade is far more valuable than a self-important saviour.

As for her critics being similar to right-wing trolls, is that even an accusation worth addressing? Right wing trolls threaten rape and violence. Before the release of ‘Padmaavat’, the right-wing outfit Karni Sena actually perpetrated violence and vandalism.[13][14] To equate that with people who are criticizing a poster for dehumanizing them, is just adding insult to injury. 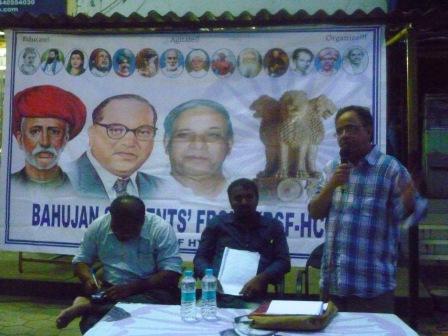 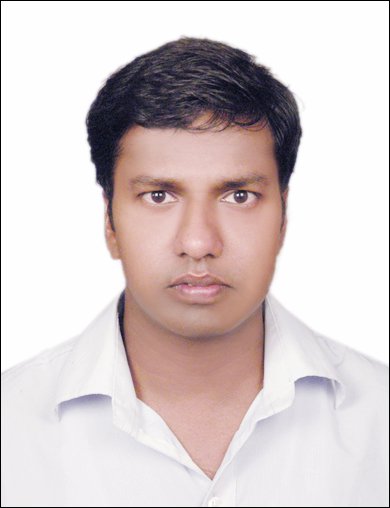