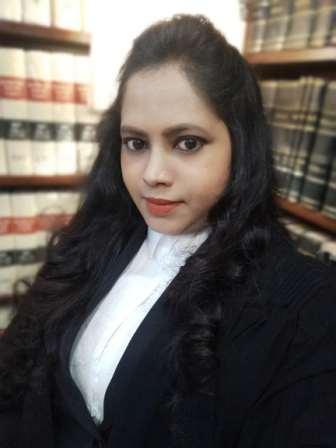 For the brutal, inhuman and barbaric murder of seven members of a Muslim family and rape on Bilkis Bano, the punishment of life imprisonment was awarded to all 13 accused. The premature release of the said convicted offenders by remitting the duration of their sentence by the state of Gujarat on 15/8/22 is a matter  about which we must all be deeply concerned.

The State is obligated to provide equal protection under law to all citizens irrespective of race, caste, sex; however, in the Bilkis Bano case, which took place in the year 2002, and involved a rape on her and murder of seven members of her family, the Gujarat police refused to register the FIR, and it was only with the indulgence of National Human Rights Commission that the Hon’ble Supreme Court directed a CBI investigation into the crime, whereupon 13 culprits were arrested, tried by the Sessions Court at Bombay, and all thirteen culprits were sentenced to life imprisonment in the year 2008. Eleven of them had appealed to the High Court, but it was dismissed in May 2017.

CBI also preferred an appeal to avoid the death sentence for the said convicts. One of the convicted approached the Hon’ble Supreme Court seeking his early release i.e., remission in his life sentence.

Recently, the Gujarat Government commuted the remaining part of the sentences of the convicted prisoners under its remission policy under section 432 of the CRPC, and the convicts were released on 15 August 2022.

All men and women of prudence are shocked as to how the culprits for the dreaded murder of as many as seven members of a family and rape on a Muslim woman qualified for remission in the sentence. Obviously, the government, by bypassing the basic rules for remission has committed an illegal favour to the said convicts, and the only reason is that the convicts were Hindu and the victims were Muslim.

A few human rights activists petitioned the hon’ble Supreme Court of India to challenge the premature release of 11 life convicts, wherein, the locus standi of said petitioner is also under challenge. I appeal to all that it is not a matter wherein the legal technicalities must be allowed to defeat the course of justice.

The victim, Bilkis Bano, being most interested person in the matter of release of the convicts, must intervene in the petition before Hon’ble Supreme Court and if she does not, she must implead in the said petition at court motion, and be also heard on the enhancement in the sentence/penalty.

Of course, we have no right to comment on the matter/issues pending in the Hon’ble Supreme Court, nor am I making an attempt to interfere in it. But, I say that there is ample and unlimited scope under article 142 of the Constitution of India for the Hon’ble Supreme Court to pass any order and to mould any relief to do justice in the matter. And for this purpose, to not only reopen the entire case but also to re-appreciate and decide all issues, including the sufficiency and propriety of granting or refusing to grant/award death sentence to the offenders. I assert that the trial and the appellate courts had convicted the offenders to life imprisonment by recording findings; the gravity of the offences committed undoubtedly warrants death sentence, and that this be done in order to do justice in the matter and to send a message to all concerned that offenders for brutal and heinous crimes deserve no leniency.