A recent order by the National Commission for Scheduled Tribes to the District Magistrate in Raigarh, Chhattisgarh directing action in cases of unlawful transfer of Adivasi land is a positive move, said Amnesty International India today.

On 9 May, the National Commission for Scheduled Tribes (NCST) directed action to be taken under the Scheduled Castes and Scheduled Tribes (Prevention of Atrocities) Act – a special law to protect the rights of Dalit and Adivasi people – in cases where Adivasi land was transferred to other people through forgery. The order follows recent allegations that over 300 acres (121 hectares) of Adivasi land had been unlawfully transferred to non-Adivasis in Kunkuni village, Raigarh between 2009 and 2015. A farmer named Jailal Rathiya who had filed a petition in the Chhattisgarh High Court in relation to the transfer was found dead in March 2017.

“The dispossession of Adivasi land without their free, prior and informed consent is widespread in Chhattisgarh. The NCST’s recognition that this amounts to a crime against Adivasi communities is a welcome development,” said Karthik Navayan, Programmes Manager, Business and Human rights at Amnesty International India.

“Government authorities must Protect Adivasi rights and bring to book those who violate the law.”

Several members of local communities in villages in Raigarh have told Amnesty International India that they had been forced into selling their land through threats, intimidation, coercion and misinformation.

The Scheduled Castes and Scheduled Tribes (Prevention of Atrocities) Act, 1989, (PoA Act) criminalizes the wrongful dispossession or interference with the lands of Scheduled Castes and Scheduled Tribes. In January 2016, Parliament passed an amendment to the Act, which, among other things, inserted an explainer stating that the word “wrongfully” included dispossession or interference done “against the person’s will”, “without the person’s consent”, or “with the person’s consent where such consent has been obtained by putting the person, or any other person in whom person is interested, in fear of death or hurt”.

In June 2016, the Kerala police registered a First Information Report under the PoA Act against officials of a Coca-Cola subsidiary for alleged pollution and groundwater exploitation.

The NCST order also highlights the intimidation and threats faced by human rights activists. An independent and impartial investigation must be conducted by authorities into the death of Jailal Rathiya. The NSCT also directed authorities to ensure that unlawfully transferred land to return to its original owners.

Indian laws such as the Panchayat Extension to Scheduled Areas Act and the Scheduled Tribes and Other Traditional Forest Dwellers Act also require authorities to consult, and in some cases seek the consent of, Adivasi communities before acquiring or using land. However laws such as the Coal Bearing Act Areas Act ignore this right, undermining communities’ security of tenure. 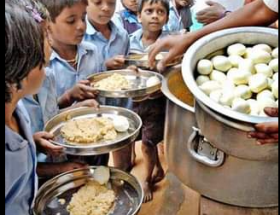